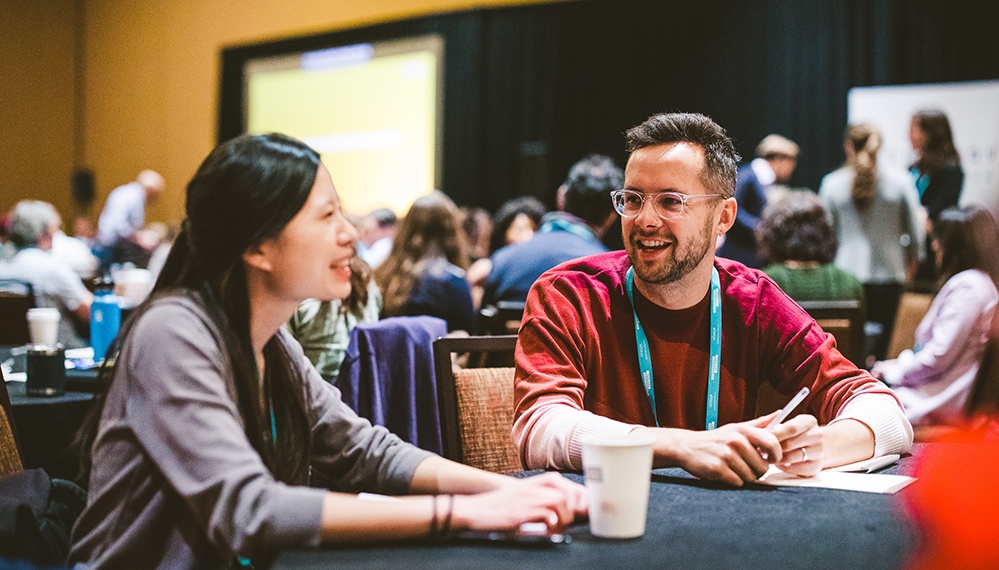 On the surface, solving homelessness in cities, improving racial equity in public schools, ending hunger, and combating infectious disease in the developing world might seem like goals with little in common. But through Tableau Foundation, organizations with these goals have found kinship with one another, as well as a shared experience creating data culture.

Every year during Tableau Conference, Tableau Foundation brings together nonprofits working on complex, global issues for a day-long summit on how data is transforming and amplifying their impact. The Tableau Foundation Summit offers a platform for nonprofits to share how data has transformed their work. But even more importantly, it equips everyone listening with universal lessons around data use, overcoming roadblocks, and transforming organizational culture that they can take back to their own work—regardless of sector or geography.

Tableau Foundation’s partner organizations are working on many different issues, and in many different parts of the world. But they’re all using data to further their missions. What it comes down to, said Tableau CEO Adam Selipsky at this year’s summit, is that the organizations in the room are all “making highly intentional decisions by using data to understand impact.” 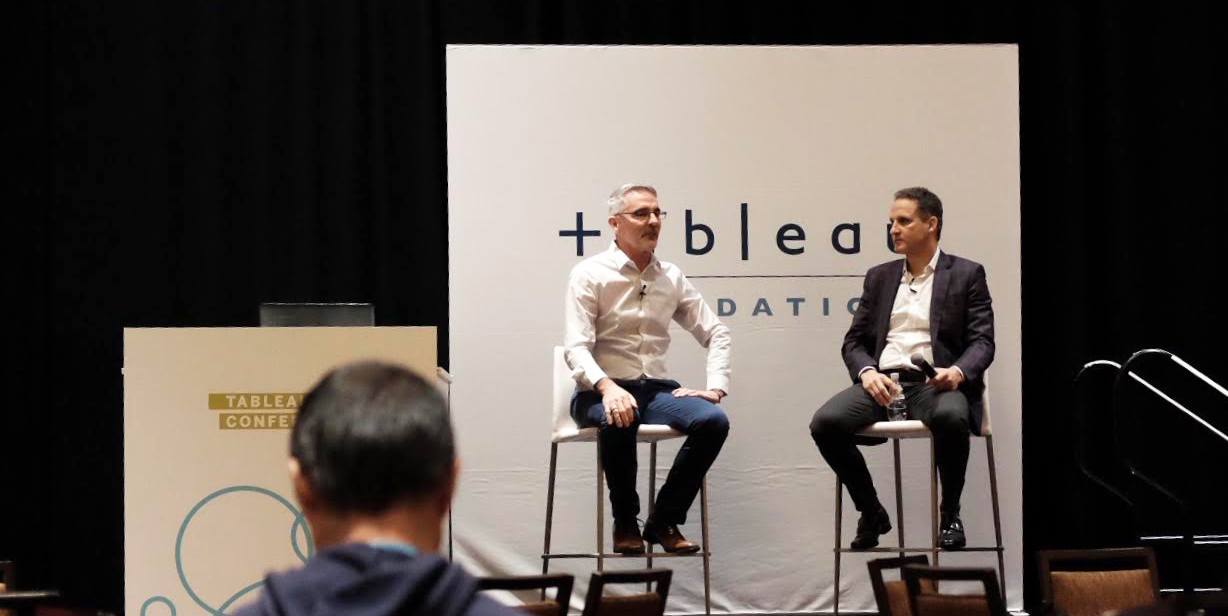 Even if a nonprofit like Community Solutions, focused on ending homelessness in US cities doesn’t share the same mission as Equal Opportunity Schools, focused on improving equity in public education, the learnings they shared around data at the summit benefited both groups in remarkable ways. And World Food Programme, focused on ending global hunger, shared a story about evolving their use of data that had many heads in the audience—all from different nonprofits—nodding along.

Here are four lessons that stood out on the stage of the 2019 Tableau Foundation Summit:

1. Make sure your data is as useful as it can be

For Community Solutions, a national nonprofit helping cities across the US, UK, and Canada reach “functional zero” in the number of people experiencing homelessness, reliable, real-time data is crucial. But they didn’t always have access to it. Traditionally, homelessness in the United States is measured like this: on a single night in January, teams managed by the Department of Housing and Urban Development spread throughout cities across the US and tally each person they see sleeping on the streets. The number generated by this point-in-time count becomes the metric every agency in a city references—for a whole year—when trying to measure their progress on homelessness.

Having a broad understanding of homelessness in a community is important. But for Community Solutions, the problem with the point-in-time count is that it’s a static number. “These lists were going stale, this data was going stale,” Lindsey Giblin, Community Solutions’ data team lead, told the audience at the summit. The point-in-time count, for instance, doesn’t capture if a single person moved in and out of housing several times over the course of a year, or if a new person fell into homelessness while someone else living on the streets entered into permanent housing. There are all these shifts happening in a community all the time, Giblin said, that an aggregate, annual number just can’t convey.

So Community Solutions switched gears. Instead of relying on the point-in-time count, they began working with communities to build out by-name lists—records of every single person experiencing homelessness that can be updated in real time and contain everything from the services they’re currently accessing to what they still need. “We needed to get on the ground and start to know folks by name. We needed to know their details, we needed to know their housing history, we needed to know their medical to get them into housing more quickly and efficiently,” Giblin said. They were asking communities to collect far more data than they were previously in order to see the people they were assisting that much more clearly.

2. Use big data to see and understand individual people

In describing Community Solutions’ work on homelessness, Giblin tapped into an insight that many other leaders in the room had also arrived at through their work: as the data gets bigger, it’s also gets much more personal.

In fact, this idea is critical to the work of Equal Opportunity Schools (EOS), a Seattle-based nonprofit that works with public schools and districts to help them close the equity gap for students of color and from lower-income background. They do this by focusing specifically on enrollment in Advanced Placement or International Baccalaureate classes. These rigorous courses are among the best tools for preparing students to succeed in college. But in US public schools, they’re mostly filled with white students from more economically privileged backgrounds. The problem, said Jessica Paulson, is that enrollment in AP and IB classes is usually based off the traditional metrics of GPA and prerequisites. “So often, it’s a case of a school compiling all the students’ GPA into a spreadsheet, drawing a line at the cutoff score, and saying anyone below it can’t enroll,” added Sasha Rabkin, EOS’s chief strategy officer. This approach often misses students who could excel in more challenging classes, but are not given the opportunity to try because they don’t check the traditional boxes. 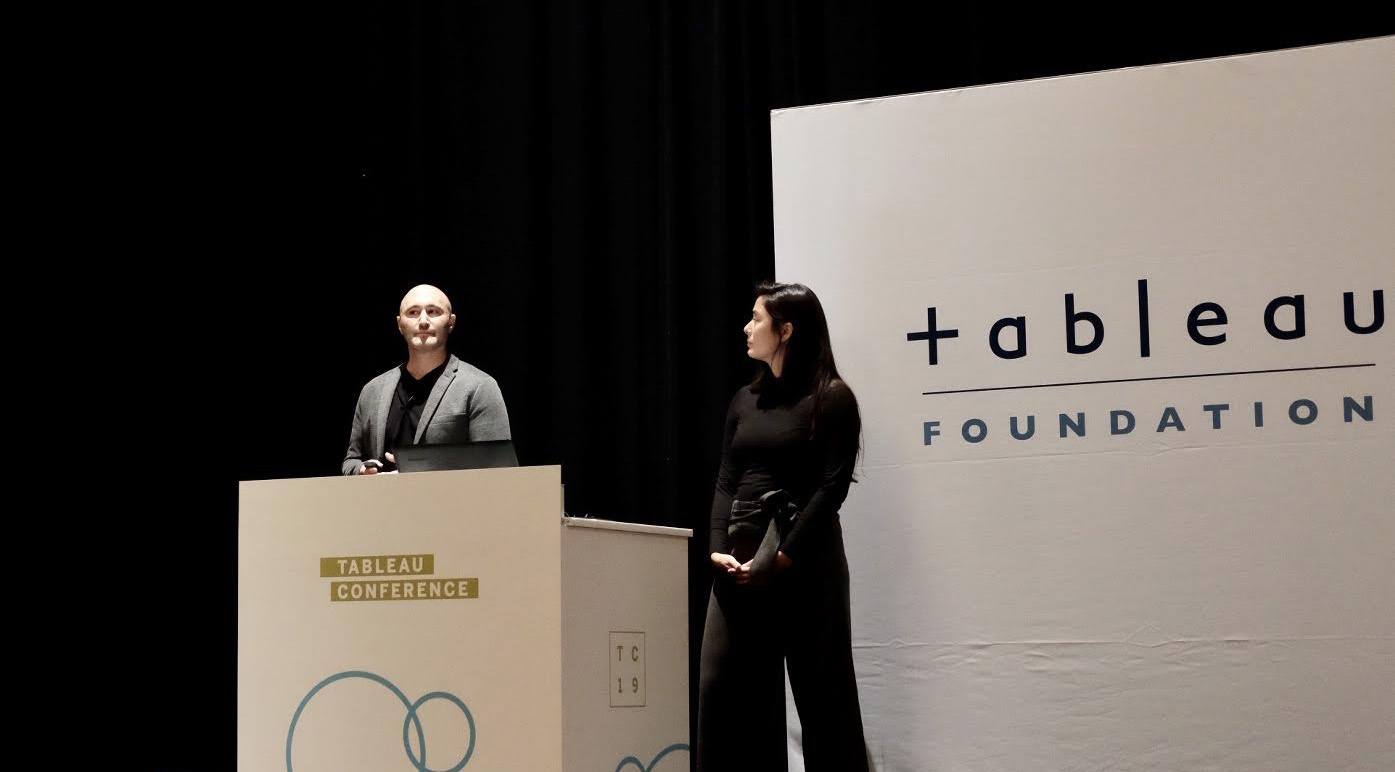 At the Tableau Foundation Summit, Paulson described how EOS has used data to begin to break down this idea. What really predicts a students’ success in an AP or IB course, EOS has found, is a students’ motivation, growth mindset, and perseverance. These metrics may be less tangible than something like GPA, but through measuring them, schools can access a more complete picture of a students’ potential—and create more equity in advanced classes. To illustrate, Rabkin showed a report on an example student, named Darien. At first, the report showed only his GPA and test scores. But then, Rabkin clicked through to show the report filled out with input from Darien’s teachers on his work ethic, his experience with student leadership, and involvement with the community—things that EOS works with schools to collect data around. Suddenly, a much more complete image of Darien emerged.

"We’re insisting that students are made visible through data," Rabkin said. "The more an organization prioritizes thorough and complete data, the more effectively they’re able to bring out the people behind the numbers and make the very human case for expanding their impact."

3. Know that the path to better data is not always linear

But here’s the thing about collecting more robust, personal data: for the organizations working with it, it might make them look like they’re failing.

This is something Community Solutions experienced firsthand. After Community Solutions switched its data collection methods to move away from an aggregate count to individualized, by-name lists, they started to see spikes in the number of people experiencing homelessness. Araz Jizan, Community Solutions’ data solutions lead, displayed a dashboard to the audience and a ripple of recognition went through the crowd as they noticed a break in the bar chart’s linear, downward progression. “As we were asking communities to look at these charts, they were reacting to these spikes as any rational person would, saying: ‘What the heck happened? We’ve been investing all these resources and our numbers spiked,’” Jizan said. But this wasn’t a story about more people falling into homelessness—it was a data quality story. The number of people experiencing homelessness hadn’t changed, but as Community Solutions improved its data collection methods, the numbers grew to reflect reality—and give the nonprofit a clearer picture of the scope of the issue, and the individuals within it. 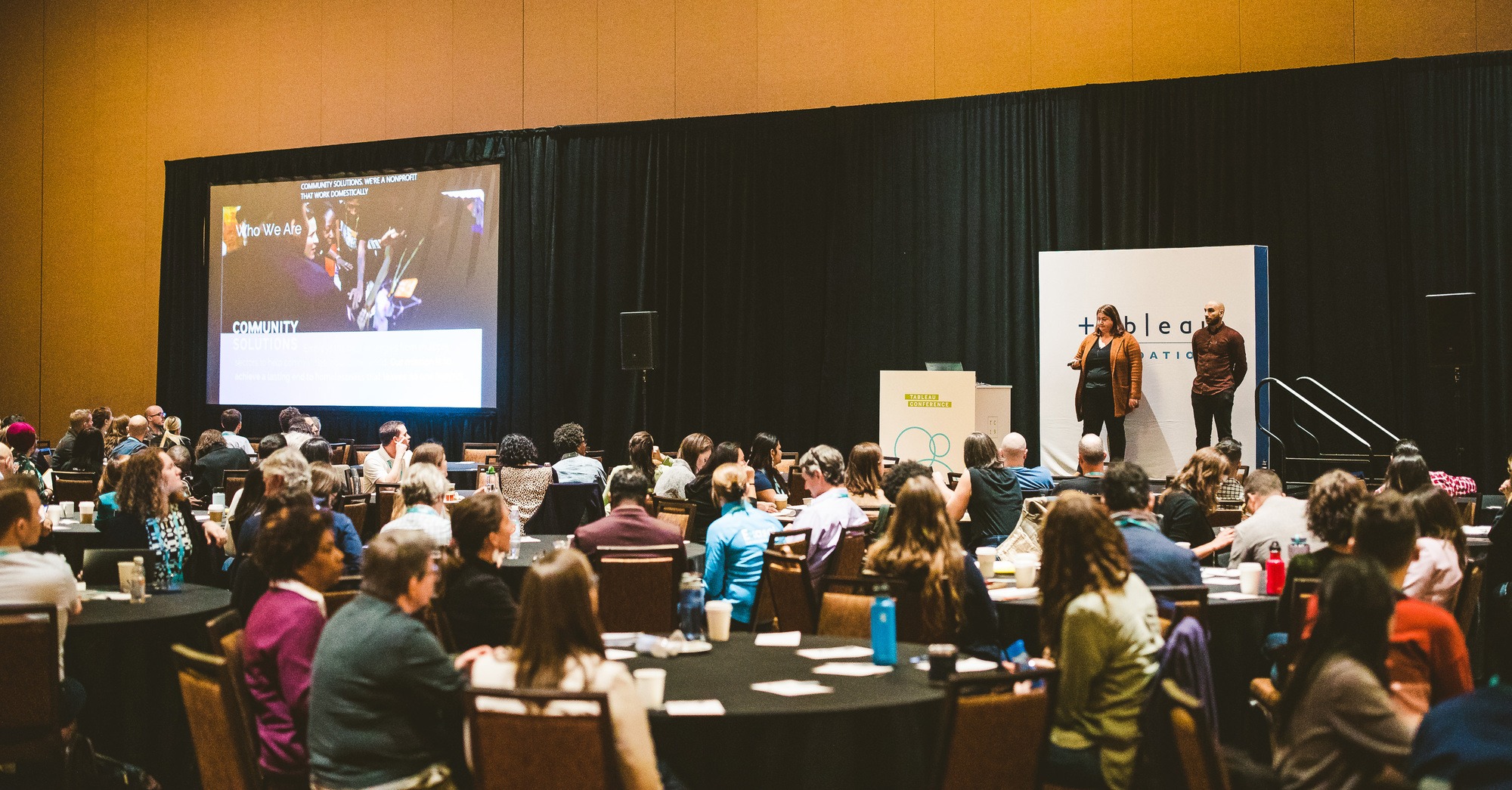 Organizations that presented at the summit noted many other data-related “a-ha moments.” For Equal Opportunity Schools, presenting a broader picture of all the students that could excel in advanced classes forces schools to confront how much work really needs to be done to deliver truly equitable outcomes. For Feeding America, a nonprofit working in the US to end hunger, using data to understand where Americans are most in need of food illuminates gaps in their system that they hadn’t seen before. For Operation Asha, which aims to eliminate tuberculosis in India, better data might show that they’re actually missing many more patients in need of help than they previously realized. As organizations collect more complete data, they access a clearer image of the scope of the issue they’re working to solve. At first, as Jizan describes, that can be an exercise in frustration. But ultimately, it’s an opportunity for nonprofits to make an even greater impact.

4. Build a culture around data for people

The trick to translating more complete and robust data into meaningful impact is making sure more and more people can contribute to, use, and interact with that data. At the Tableau Foundation Summit, Tableau CEO Adam Selipsky described the importance of implementing a data culture across nonprofits. Data culture, he says, means that as many people as possible at an organization—and in partnership with one—have access to data that they can use to inform their day-to-day work. “We’ve seen such power in people enabling other people, and enabling themselves, to use data,” he says.

That idea is already catching on in the nonprofits working with the Tableau Foundation. Prianka Nandy, data program manager at the United Nations’ World Food Programme (WFP), shared how the organization has begun training its partners in the field to collect and analyze data. A core aspect of WFP’s work, Nandy said, is school feeding programs: Through partnerships with schools in low-resourced countries, WFP provides daily meals to around 16 million kids. “But there’s a challenge in collecting data,” she told the summit audience. “We need to find out how many kids are coming to school each day, and at the same time, we need to understand how many commodities we need to purchase to make sure that those school meals can be fulfilled.” To bridge this information gap, WFP started working with teachers and kitchen staff at schools to train them in data collection and reporting. Through an app, teachers reported attendance numbers, and stock keepers kept track of the amount of food available for the kids each day. By participating in WFP’s broad data culture, the school staff could better understand their own needs and advocate for themselves.

When data becomes integral not just to one siloed aspect of an organization, but spreads throughout its work—and into the hands of people working on the ground—it becomes something far beyond a set of numbers and statistics. It becomes a way of seeing people and situations more clearly, and an asset that can guide nonprofits toward the most meaningful action. As Neal Myrick, global head of the Tableau Foundation, put it: “We collect data, we use data, we tell stories with data, because it’s about the people we’re trying to support. Everything we do is about the people behind the data.”