First off, Dr. Tyson encouraged those of us who are still upset about Pluto to get over it. We didn't lose a planet, we gained the Kuiper Belt that we now think Pluto is a part of. Dr. Tyson showed a letter from a 3rd grader, who argued, "Some people like Pluto. If it doesn't exist then they don't have a favorite planet." 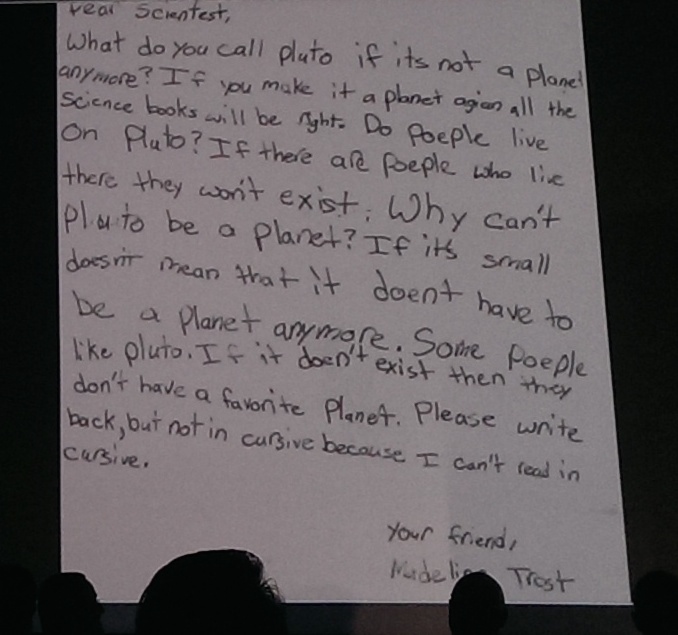 He then debunked the idea of the “Super Moon.” Where an average large moon is a 8-inch pizza and a small moon is a 7-inch pizza, the Super Moon is an 8.001-inch pizza. "This is why we have math."

A turn into biology. The tree of life has been revised since many of us grew up. Humans used to be at the top; now we are just part of the system. And by the way, “Humans and mushrooms are more like each other than either of us are like green plants.“ 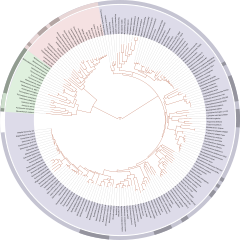 Then Dr. Tyson went straight at astrophysics and told us with a laugh, “The universe is astronomical.” We saw a simulation of galaxies colliding, that was built with data and computer modeling. A few minutes on a giant telescope that is being developed. And then: killer asteroids. Dr. Tyson gave us the idea of a technique that was proposed to deflect Apophis. 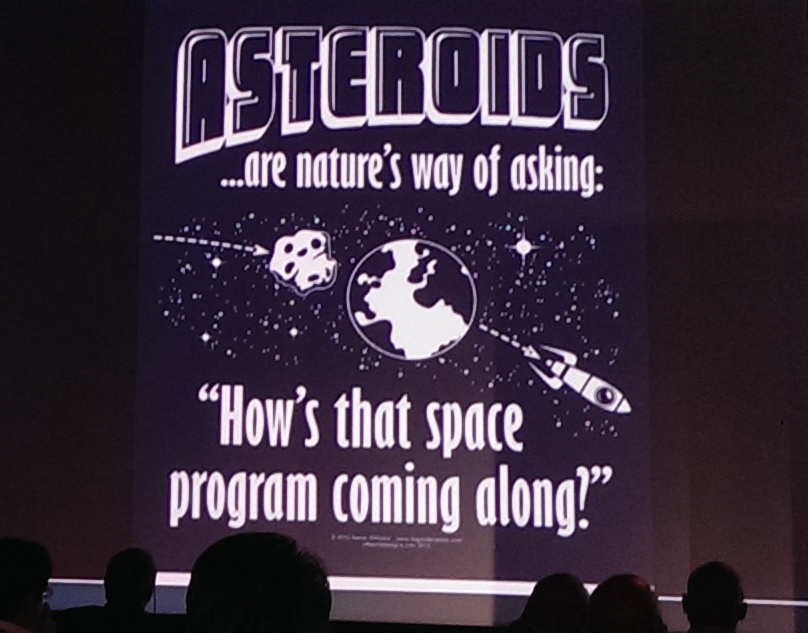 Finally, "Small things we take for granted require the innovation of someone.” The mass of data coming into astrophysics is so massive that the 7,000 or 8,000 astrophysicist in the world will need new tools and techniques to manage it."