Do you know an exceptional Tableau user who helps others via social media? Nominate the person to be a Tableau Ambassador! 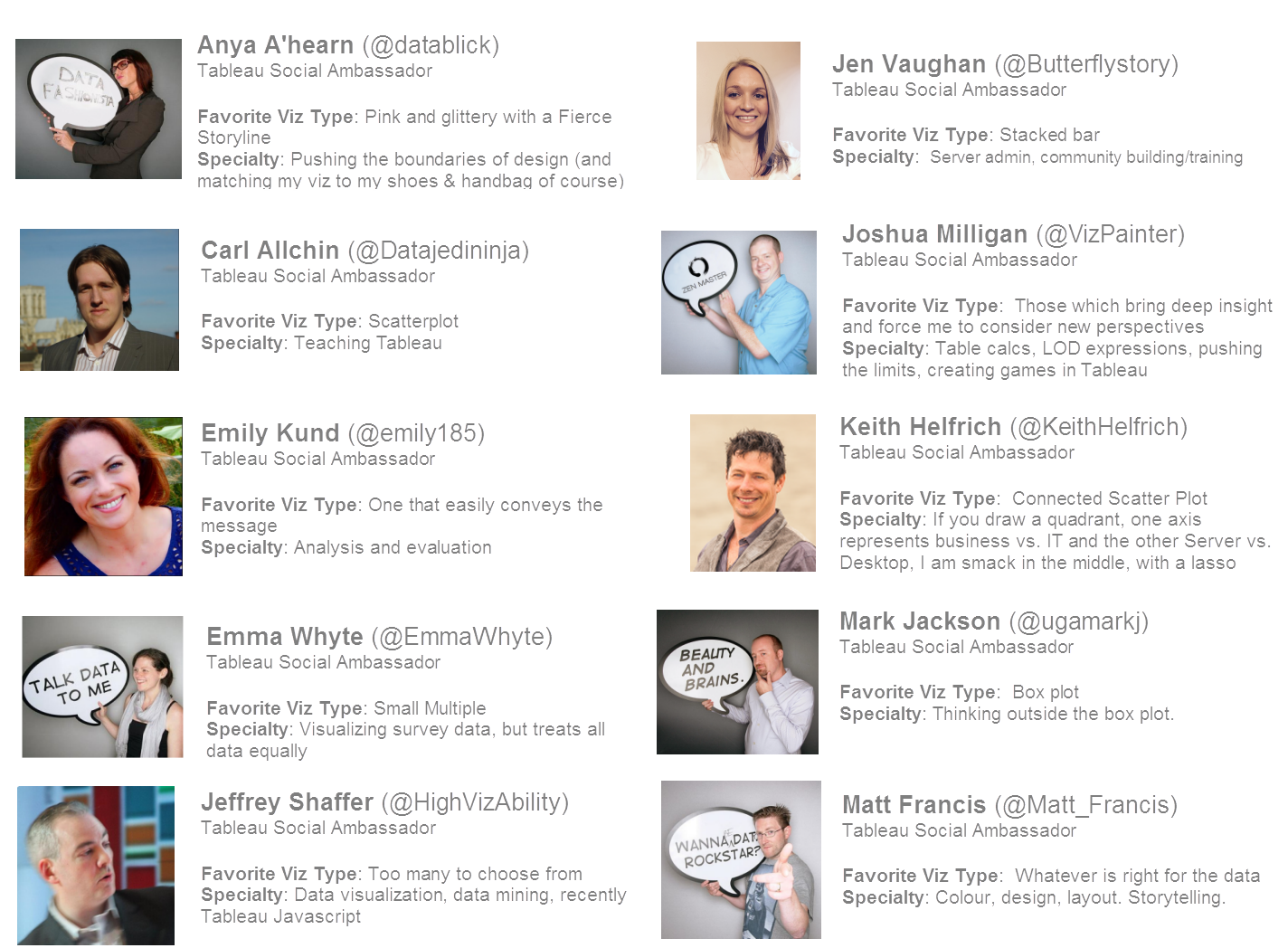 Sound like someone you know? Then use this form to tell us about them! Feel free to nominate more than one person. Your nominations will help us identify and recognize people who have an amazing impact on the social media community, both now and in the future. All nominations are due by Dec. 21.

We can’t wait to introduce our new Social Media Ambassadors in January! In the meantime, I wish you all a very merry, data-driven holiday season.

Ateken Abla November 18, 2022
A weekly blog post that brings together what’s trending in the community all in one post.