The World Cup is the biggest sporting event in the world, with 3.4 billion people expected to watch the this year’s tournament. With an event of this size, there is no shortage of data about the history, teams, players, and matches. Here are a few visualizations that demonstrate just how rich the World Cup is with data.

It all started in 1930 in Uruguay where only 13 nations participated. In 1998, FIFA expanded to a 32-team tournament, with more than 200 teams competing across the world for those spots. In the viz below, Ken Flerlage shows teams which have finished in the top four in at least two different World Cups, and the time between top four finishes. You can see Brazil, Italy, and Germany have consistently finished near the top of each tournament, while Spain and Portugal went years between top four finishes. (click on the image for interactive version) 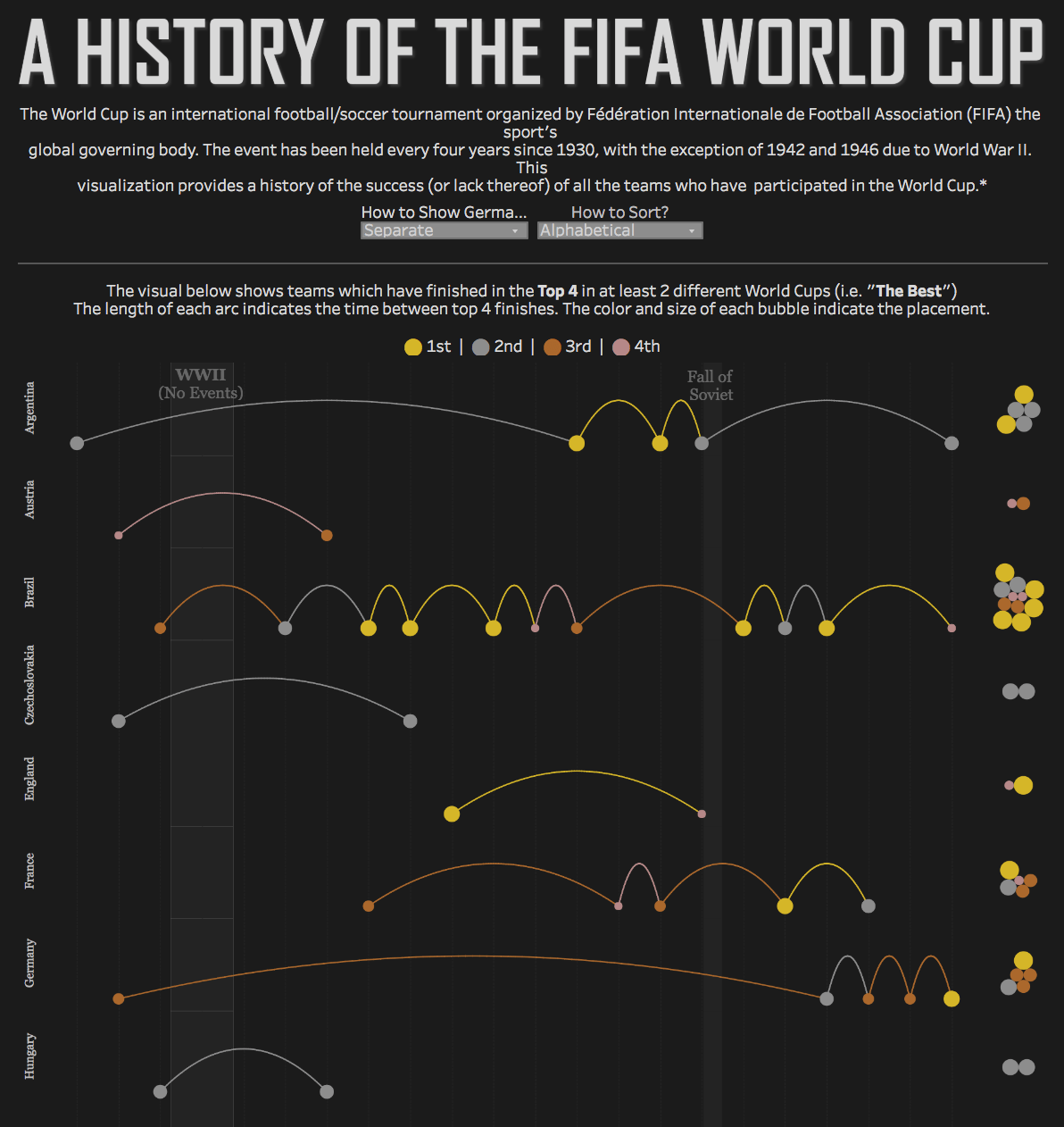 The World Cup is big business, with the total market value of the 32 teams in the 2018 World Cup worth a mind-blowing €10.5 billion (that’s $12.1 billion). Dive into Mac Bryla's viz to explore each group and exclude players to see what impact they have on their team. (click on the image for interactive version) 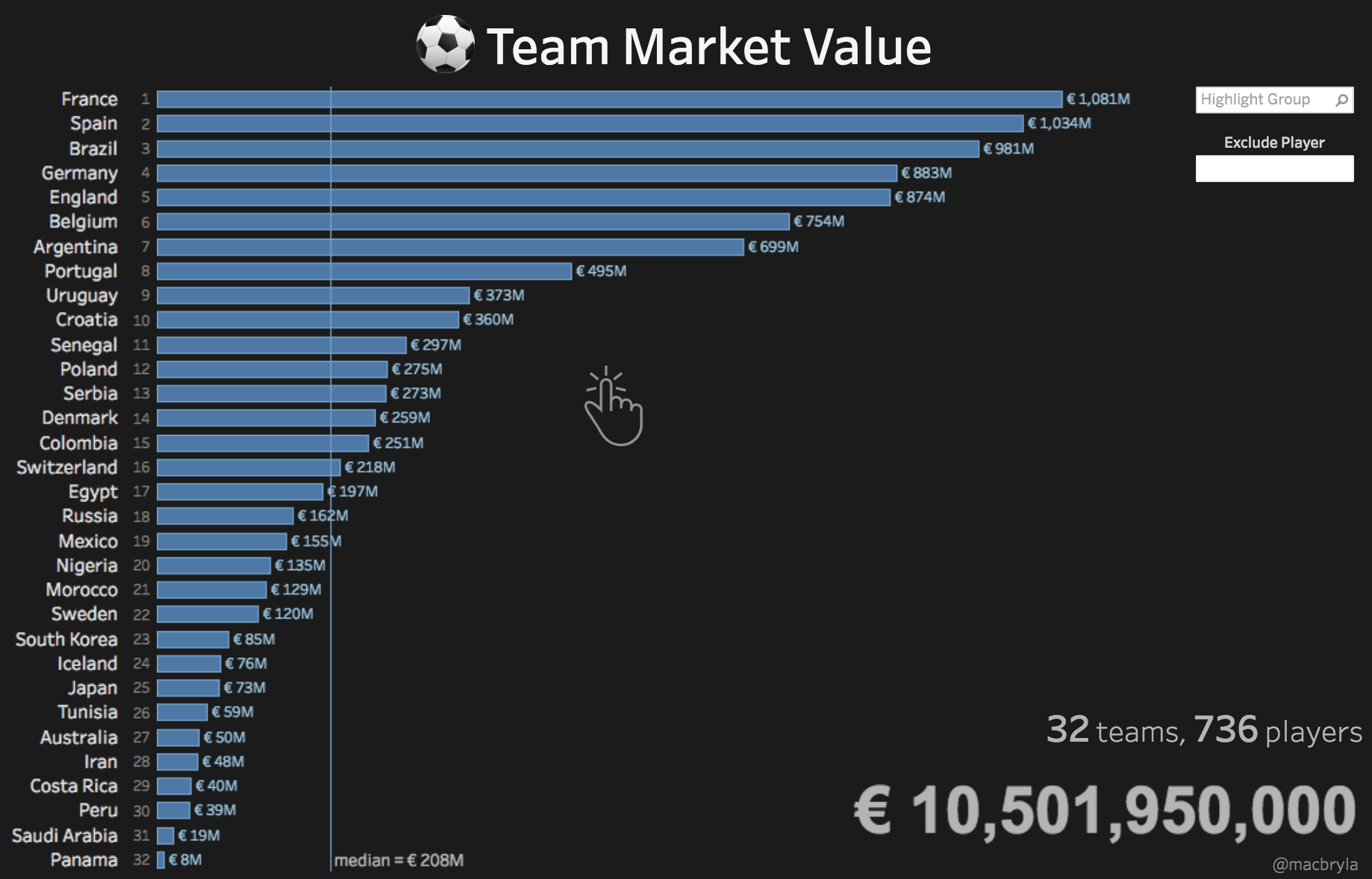 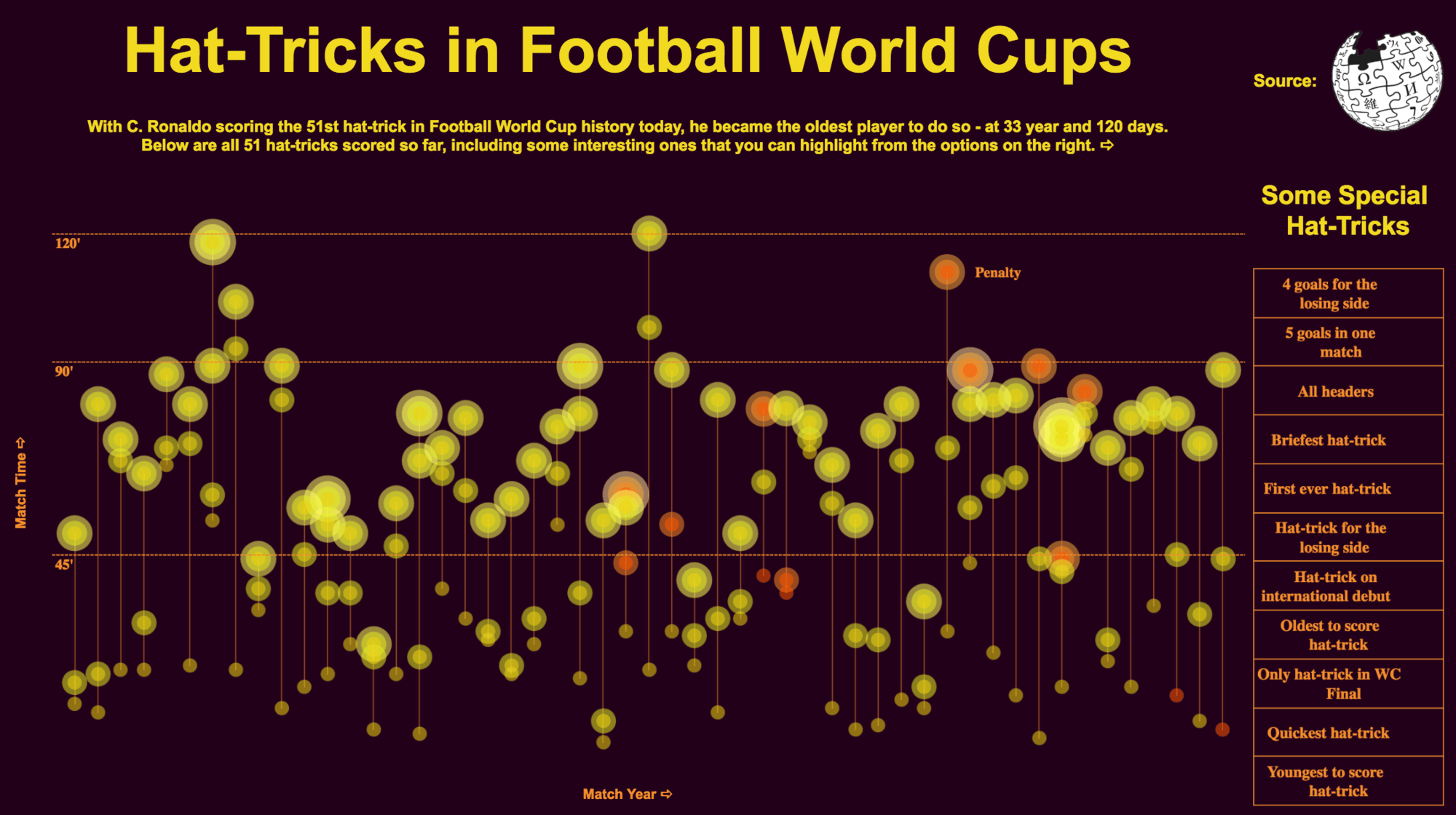 No two matches are the same, but often they are decided by a narrow margin of victory. So what makes them different? Passes, touches, and shots are all data that can be used for match analysis. In this dashboard, Ravi Mistry aggregates a variety of metrics to provide a full summary of every match in the 2018 World Cup. (click on the image for interactive version) 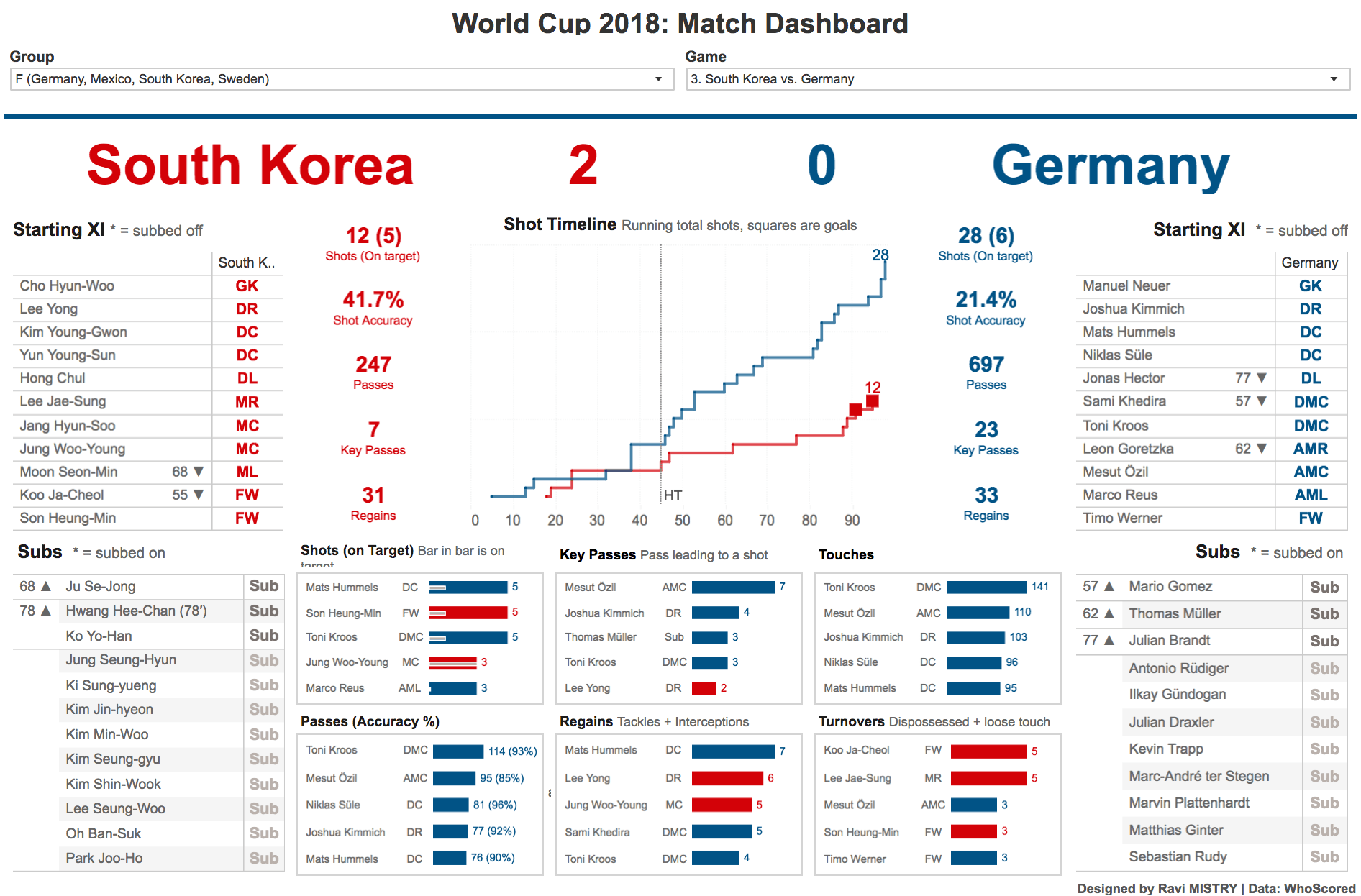