At its core, the word “founder” stems from the Latin noun fundare, which means "to lay a foundation," an appropriate and fitting context for our annual Community Founders Award.

At Tableau, we believe that together, we are extraordinary. Whenever we join efforts as a community, we multiply the best of our individual potential—and this hasn’t happened by chance. The Tableau Community took off in 2008 with the launch of the online Forums, Tableau User Group program, and Tableau Public. And while the Tableau Community is about so much more than just these programs, none of it would be possible without those founding leaders who were willing to step up, regardless of how many people were watching. They are the people who have laid the foundation for how we all view community leadership today.

Each year, Tableau honors a member of the community with the Community Founders Award, recognizing the spirit of selfless contribution that has been woven into the fabric of what makes the Tableau community so unique. We are thrilled to be able to award an individual that goes above and beyond to keep this spirit alive with an all-inclusive trip to Tableau Conference, our annual celebration of this community. Read the eligibility criteria and submit your nomination by October 18.

Here are some thoughts from people who have personally witnessed the power of the community and this award. 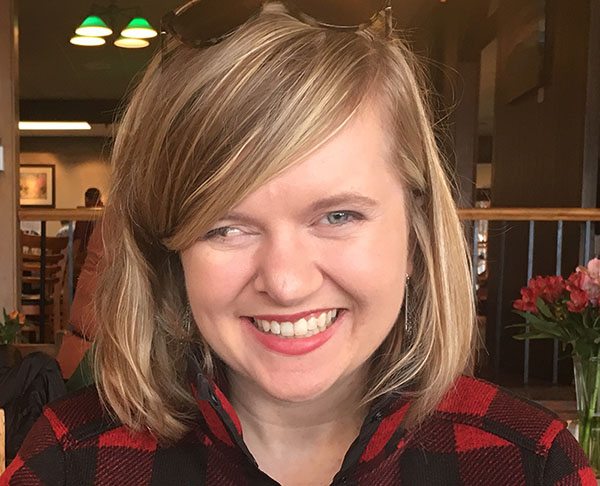 "I had been a fly on the wall but regularly engaging with the Tableau Community for almost three years on Twitter, Tableau forums, and DC Data Viz meetups when I got the email from Tableau in my inbox one morning in August 2018 about the Community Founders Award.

I had wanted to go to Tableau Conference for several years but due to various reasons (employer budget, time, life), it didn’t happen. I knew about the award through a couple of my friends in the Tableau Community, Bridget Cogley and Emily Kund. Prior to that August, I was intending on going to my first conference, even paying for it myself as it meant a lot for me to go, especially in the absence of Michael Cristiani, my former boss, who died that May. I knew how special it was for him to be there every year to absorb everything like a sponge and see old friends and I had always wanted to go with him at some point. When you go to Tableau Conference, the massive size of it can be overwhelming even for the most adventurous and extroverted, but the Tableau Community makes it warm, inclusive, and inviting. I won’t forget getting off my plane at the New Orleans airport and running into Kevin Flerlage in the baggage claim. He recognized me and we hit it off right away. I got to meet people that encounter similar challenges in their work and being able to have that open space to talk about navigating tough topics and solutions. It was especially thrilling to meet some of Michael’s long-time friends and some of the original Zens, Dan Murray, Jeff Shaffer, and Steve Wexler. There was a particularly poignant memory for me at the community get-together on the opening night where many of us that knew Michael, the Tableau Community member for which this award was created posthumuously, were handed out stickers in memory of his life and contributions. Written on the stickers were eight values: community builder, generous, sharing, humble, caring, inviting, selfless, and friend. Not only were these attributes of Michael, but they are something I see in every active member of the Tableau Community.

I encourage the Tableau community to nominate an individual that demonstrates these values, no matter where they are in their career or their amount of Twitter followers. Tableau Conference changed my career trajectory in many ways and I am sure that the next Community Founders Award winner will too."

"Each of the early Zens contributed to defining this community, often bringing in different emphasis on what it was to be Zen. Kelly Martin pushed innovation in design and took Tableau and made it stunning. Her dashboards were Tableau couture, elegant and useful, and they still hold up to the test of time. She helped to inspire and train countless others to have a design eye. Her impact on the Tableau community is immeasurable and she will never be forgotten. Richard Leeke invented and shared tools to create functionality that wasn’t available until many years later, pushing innovation and driving product features to be added. Jonathan Drummey became the most prolific teacher of Tableau, creating blog posts that are still some of the most referenced today. These and all the other early Zens created the foundations and tone for the community as it grew and thrived into the supportive and innovative data family it is today. I can’t thank them enough for all their generosity, comradery, and support."

"I remember when I first saw the Tableau Zen Masters honored at the Tableau Customer Conference. It was to honor a very select few who were true masters, collaborators, and innovators in the community. Joe Mako was the “OZ” (original Zen) spending countless selfless hours on the forums answering questions and figuring out how Tableau worked under the hood. Anyone I talked to that had reached out to Joe had the same experience. He would spend hours of his free time helping people make things work, but also defining a mental model for working with and explaining Tableau that was truly Zen. I heard a participant at one of his presentations comment, “you think you know Tableau, but then you hear Joe explain it and it just washes through you and becomes how you use Tableau.” When you got on a call with him, you would exhale within seconds as he almost instantly identified what your goals were, reshaped your data and all your calculations, and walked you through the ideal solution with complete calmness and joy. Amongst the early community, we used to say that “he was the reason for the (Zen) season”.

"My introduction to the Tableau Community and it’s “pay it forward” mentality stems from a few key individuals who have made a HUGE impact on me. I will never forget the presentation given by Anya A’Hearn on evoking emotion in data viz, the presentation by Allan Walker on using haptic feedback with the JS API, the in-depth tutorials that I read time and time again by Noah Salvaterra, and most of all, Joe Mako and his willingness to make time to help me and others.

Early in my experimentation with Tableau, I asked Anya a question, to which she quickly replied, “You should totally reach out to Joe Mako, he would love to solve this for you.” There I was, a rookie in the minor leagues, with one or two (terrible) Tableau Public visualizations to my name, being told to email one of the most well-known, brilliant Zen Masters in the community. I was extremely nervous to send Joe an email, but sending that email changed things for me. Within a few hours of asking for help, I was on a call with the one and only Joe Mako. That call is firmly etched into my memory. He was there to answer my questions with brilliant solutions, to question me when the thing I was asking for didn’t “add up.” His constructive feedback was provided with a level of sincerity, professionalism, and joy that shapes my view of what the Tableau Community should be for all.

These early experiences with these key community founders led to my desire to contribute and give back to the community in the ways that I could. Anya, Allan, Noah, and Joe are just a few of the amazing people in the Tableau Community who have helped me along my journey (my complete list of people is quite long). I am immensely grateful for all of these community members’ time, expertise, and guidance—and hope that I can pay back their efforts in spades to others in a way that makes them proud. All I can really say is THANK YOU!"

"Richard Leeke was a true pioneer and epitomized a time when a core tenancy of being a Zen Master was innovation. He regularly overcame "it can't be done in Tableau" challenges with practical solutions for the Tableau community. His generosity, tenacity, and curiosity led to the development of Hexbins, radial filters and filled maps. As an example of innovation, his 'shapetotab' tool, which Richard made available to the Tableau Community, allowed people to use ESRI Shapefiles...a feature that only became standard five years later when Tableau introduced the spatial file connector."

Take time to review the eligibility criteria below and submit your nomination by October 18!

One winner will be awarded one (1) ticket to attend Tableau’s annual conference, along with $2500 in cash to be spent at the recipient’s discretion for travel & expenses.

Expenses related to attendance at the conference may include travel, lodging, food & beverage, etc.

Designated employees of Tableau will evaluate applications based on the specified criteria. All decisions by Tableau are final.

To be considered for the award, nominees must meet the following criteria:

Nominees are ineligible if:

Preference may be given to those nominees who:

If you are unable to attend conference you may forfeit this award. It will be re-awarded at Tableau’s discretion. The award may not be sold, shared, or deferred.

Submit your nomination by filling out the online form by October 18, 2019