Editor’s Note: In 2015, Tableau Foundation partnered with the Latin American and Caribbean Network for the Rights of Children and Adolescents (REDLAMYC) and others on a project to strengthen child advocacy across the region. In light of the crisis of family separation and reunification for families seeking asylum from Central America, we felt it was important to share stories and data that help us all better understand the situation in the region and importance of protecting children’s rights everywhere. 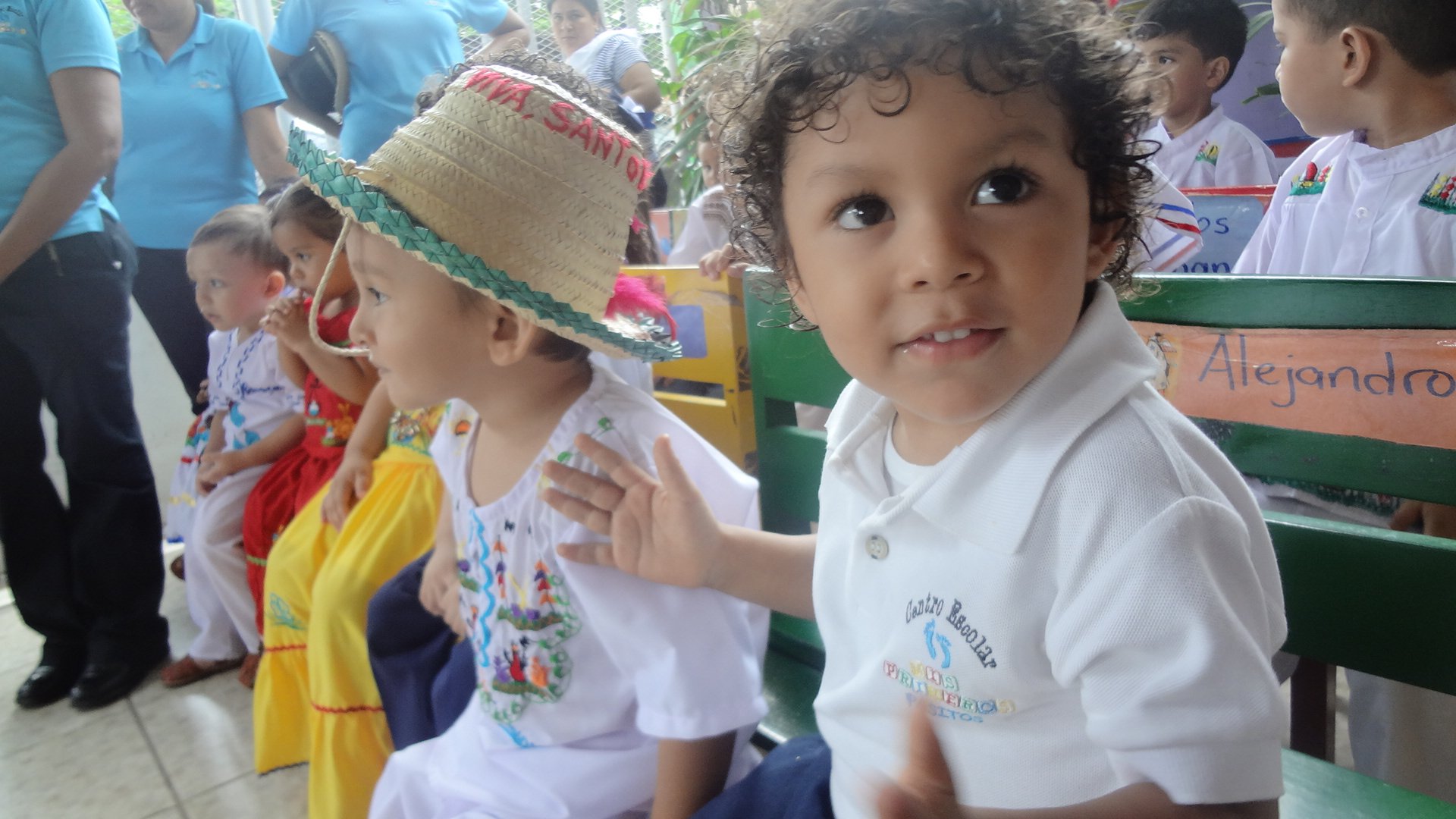 Imagine feeling scared for your life in your own home. The daily realities of poverty and violence shaping your decisions about who to talk to, where to walk, and how to think about your future. You see the struggle and worry on the faces of friends and loved ones and are scared that something bad could happen to you, too. You know it doesn’t have to be this way, but it is hard to know where to turn for help.

Now imagine going through all of that when you’re nine years old.

It’s no wonder that thousands of parents and children in the countries of El Salvador, Guatemala and Honduras escape such conditions each month fully aware of the risks that their journey holds. Their migration across Mexico to the United States can include kidnapping, trafficking or even the possibility of being killed en route. If they’re not able to stay in the U.S. and returned home, they may face persecution or worse.

Guatemala-based Institutional Coordination for Promotion of Child Rights (CIPRODENI) is on a mission to advance children’s rights in the country and give kids the kinds of protections they need to feel safe. And data is increasingly a critical part of that work. CIPRODENI’s Sergio Alejandro Lobos Balcarel analyzes child migration data that’s shared with organizations and government leaders who see these dangers and want to change the trajectory.

To do so, he is “creating striking and meaningful graphics that make it easy to view the data in different ways. They are dynamic and appealing ways that really make an impact.” CIPRODENI’s capacity for analysis is improving and so is data accessibility and understanding by policy makers, the public, and others.

Analyzing the migration patterns of children in Guatemala, Honduras, and El Salvador also makes it clear protection is needed. For example, a visualization uncovered a consistent increase in unaccompanied child migrants since 2015 who are detained at the U.S. border. This rise occurred despite Mexico’s effort to stop migrant flows from countries. Data demonstrated that while deportation at the U.S. border went down, it increased in Mexico; migration shifted, but dangers remained.

This visualization displays the number of unaccompanied girls, boys and adolescent migrants from Honduras, El Salvador and Guatemala detained at the U.S. border.

CIPRODENI uses that data and other visualizations to reinforce the National Protocol of Safe and Dignified Repatriation for Child Migrants. The legislation applies to all Northern Triangle countries and outlines to lawmakers a dignified repatriation process for migrant children.

“The data is very important because it provides a clear indicator that the situation in Guatemala, Honduras, and El Salvador is not good,” says Sergio. “With this data, we can demand a significant change in the way these states treat adolescents.”

Enabling better understanding of the dangers confronting children in Mexico.

These dangers range from homicide and malnutrition to child marriage and disappearances. The Network for the Rights of Children in Mexico (REDIM) is a network of 63 Mexican civil society organizations encouraging children to know, exercise, and enjoy their rights. Their visualizations are supplied to government, NGOs and private organizations; the key stakeholders and decisionmakers who need to understand the challenges of guaranteeing, protecting, and exercising protections for children. 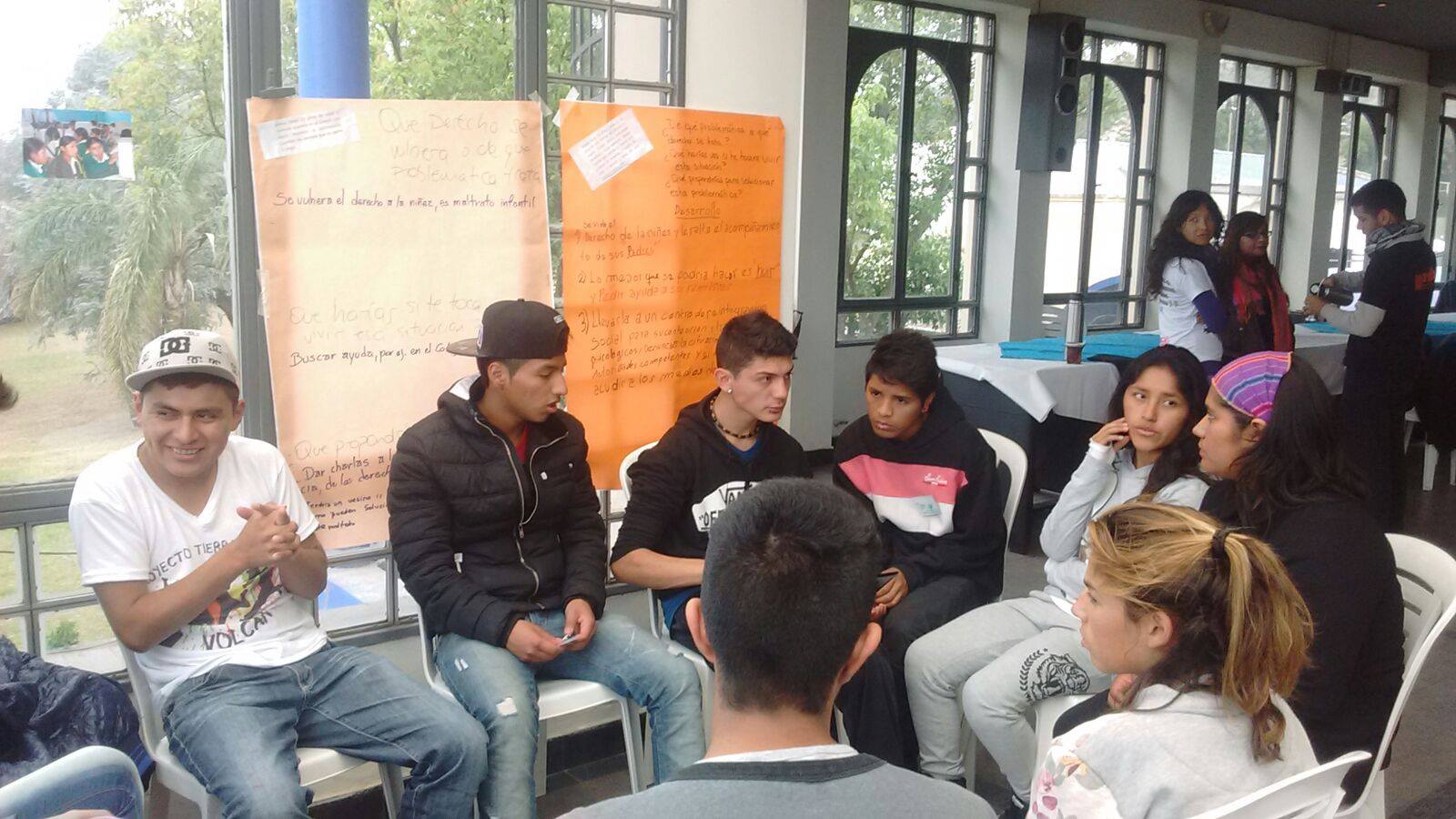 Currently, REDIM’s Tableau Public profile has 30 visualizations that have enabled both the dissemination and search of information. They’ve been essential in helping carry out activities aimed at political advocacy.

REDIM’s KIDS Count is a collection of the best data and statistics on educational, social, economic and physical well-being. The visualization shows information such as child homicide trends in Mexico and enables decision makers to see trends and evaluate the outcomes of their policies. As an example, the below visualization reveals that between 1990 and 2015 there was a decrease of child homicides in Mexico for 16 years, but rates went up at an alarming rate starting in 2008. REDIM’s analysis revealed that the increase was likely a reaction to the 2008 Merida Initiative triggering crime groups to intensify violence while seeking control of regional smuggling routes.

A visualization of how many children die by homicide in Mexico.

Another visualization reflects where, how, and who was responsible for children killed over a six year period. This type of analysis makes it possible to put these incidences in the context of violence that Mexico has experienced over that same period, ultimately showing how the harm inflicted on children parallels the violence resulting from an overall rise in organized crime across the country.

Being able to see these variables interact with one another, policy makers then analyze the effects of organized crime connected to homicides and are creating policies that will protect children. 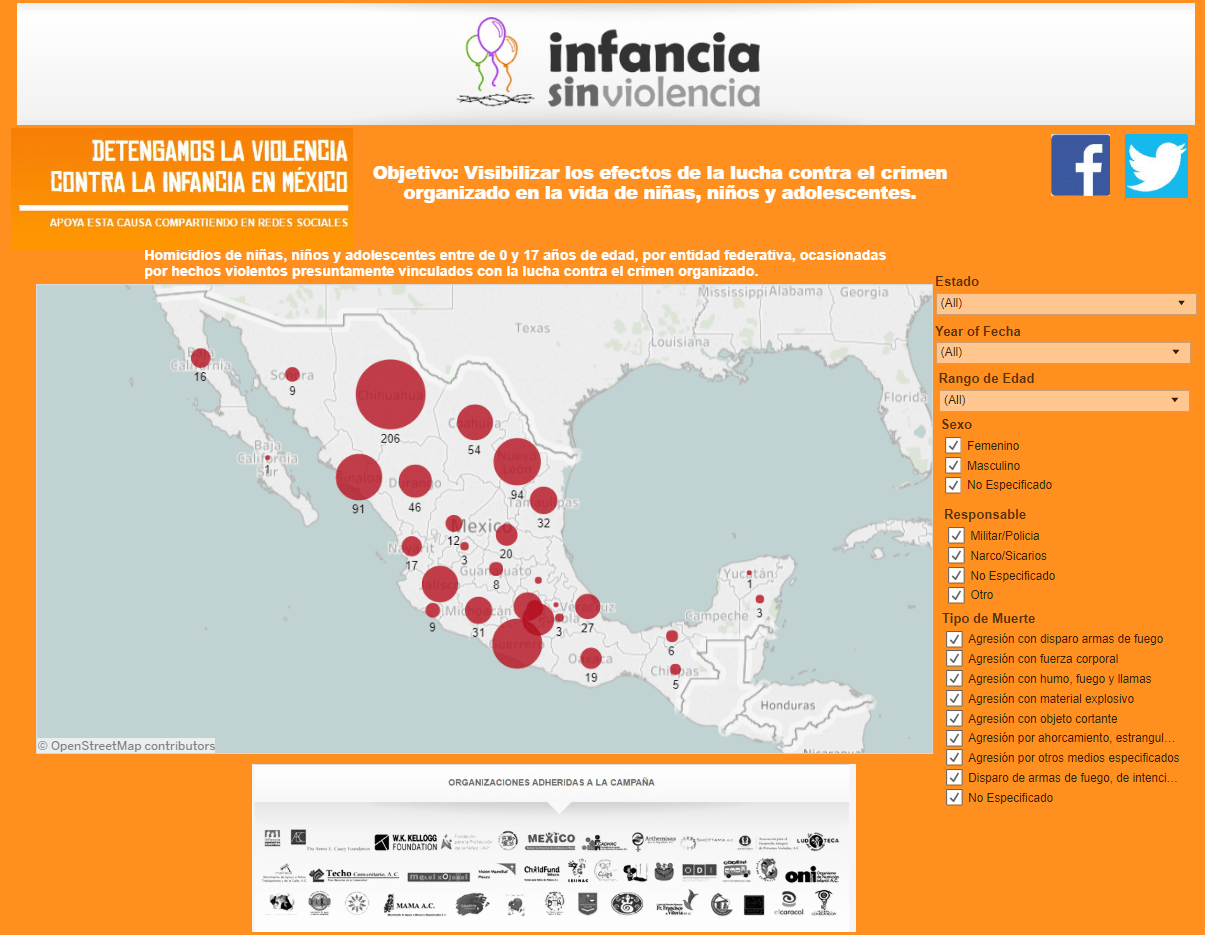 This visualization reflects how child homicides between the ages of 0 and 17, by federal entity, are presumably connected to the fight against organized crime.

“The visualizations have been key in sharing statistical data with federal entities and making presentations on Kids Count that were attended by strategic politicians who develop the regulatory agenda on childhood and adolescence in Mexico,” adds Sergio Ivan Islas, REDIM fellow. 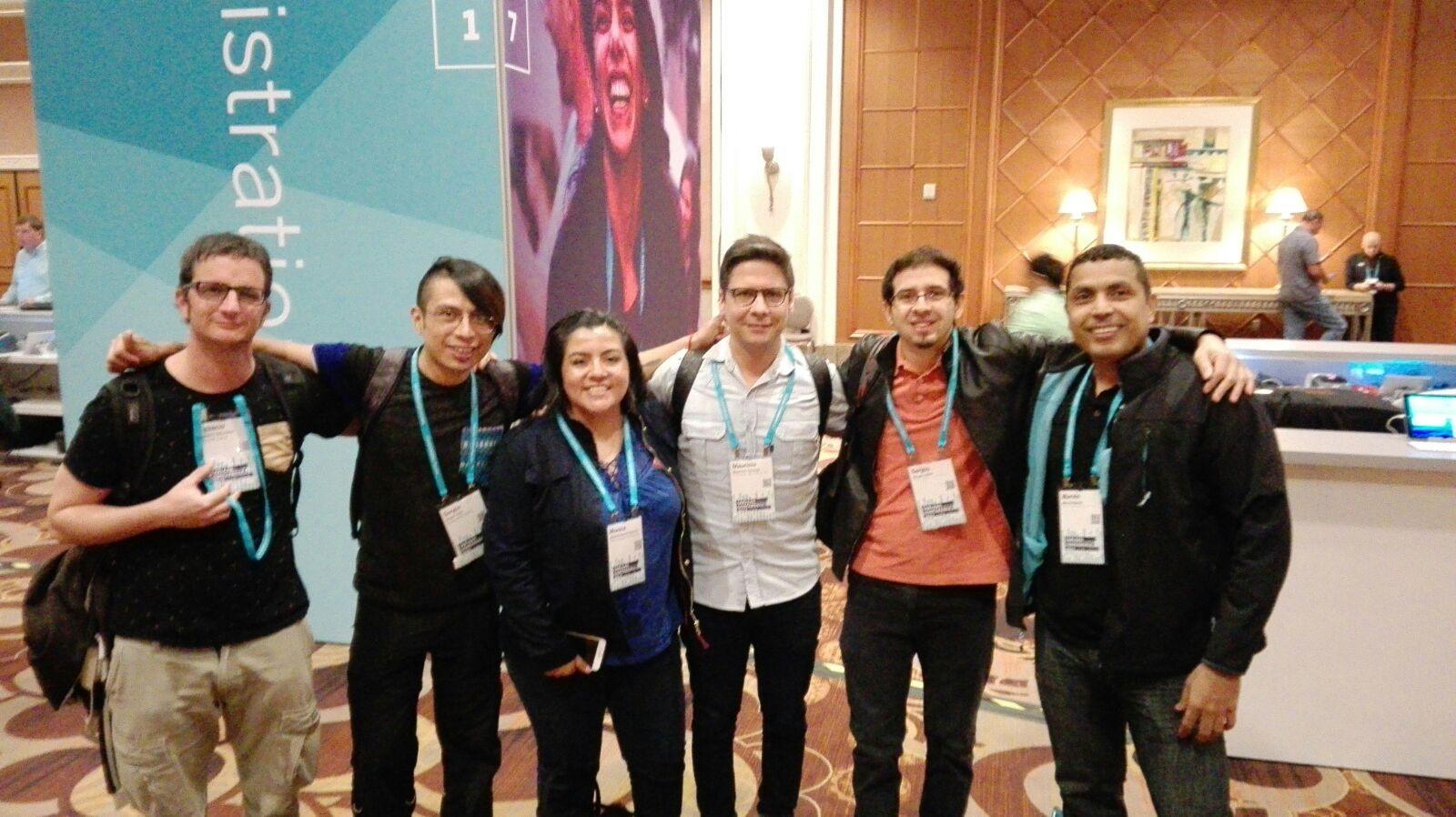 REDLAMYC Fellows at the 2017 Tableau Conference in Las Vegas.

Learn more about Tableau Foundation’s work and explore vizzes from other data fellows by going to Tableau Public.