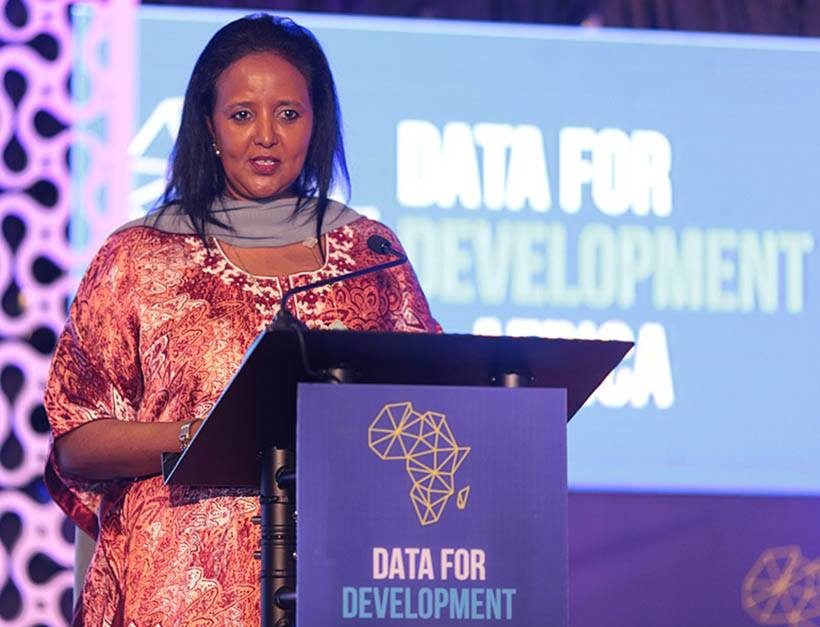 Mobile phone technology prompted a revolutionary leap in Africa’s development, skipping over landline technology, to connect people faster and cheaper than anyone imagined. At the first Data for Development conference in Nairobi, Kenya, Safaricom CEO Bob Collymore shared with public, private, and NGO-sector leaders that the new found interconnectedness did far more than just allow people to talk and text.

“Increasingly we’ve realized that the network improves such critical sectors as security, agriculture, health, and education," and estimated that the Kenyan telecom’s contribution to the economy was 11 times what the company had reported in profit.

Facing what Senegal’s Minister of Finance Amadou Ba called a “tsunami” of data headed towards policy makers, the Global Partnership for Sustainable Development Data (GPSDD) joined with the Governments of Kenya and Sierra Leone to host high-ranking officials and thought leaders to share experiences and commit to a slate of ambitious new systems for data-driven governance. And the Tableau Foundation was there too—as members of the GPSDD since 2015, and a recent addition to the partnership’s Technical Advisory Group, we came to share stories about how data is improving the world.

The implication for the African continent are clear—investments in data technology have benefits far beyond the direct consumers of the information. And for those attending the conference, the continent’s road to data-driven government is on a similar path, leapfrogging legacy tech to improving the quality of life for millions of people.

Over two days, host countries, along with delegations from Ghana, Senegal, and Tanzania did more than just announce their official commitments to using data for change. In nearly every conversation, officials pushed each other to go beyond talk, and began to sketch out action plans with clear next steps. The momentum in the room was palpable and, more importantly, homegrown.

In nearly every country on the continent, portions of the population have lived their entire lives in the informal sector. With limited infrastructure and only analog record keeping, a person could have a probable chance to live their entire life without any official state record of their existence.

In the absence of any sort of national civil registry that assigns a unique identification number to each citizen, official population statistics are a significant and expensive challenge. In that void, informed decision-making for critical infrastructures like healthcare, security, employment and agriculture becomes all but impossible. On the flip side, with the right data backbone in place, governments can better allocate limited resources effectively, cut down on waste, and better serve its people.

"When the data is poor, you will make poor decisions,” said George Gyan, Minister of Planning for the Republic of Ghana."

At the conference, officials from Ghana and Kenya both announced new efforts to ensure everyone has a national ID and birth certificate, respectively. With those systems in place, it becomes possible for the government to build deeper understanding and facilitate the needs of citizens.

“Making the poor visible brings them to the center of development work,” said William Samoei Ruto, the Deputy President of Kenya. 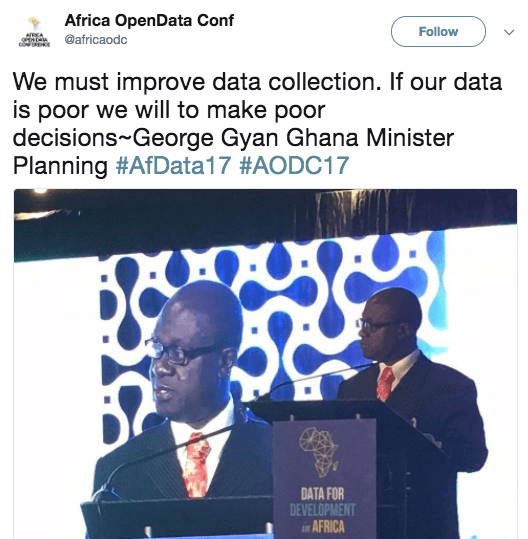 Ghanaian Minister of Planning George Gyan-Baffor summed up what the change means for his country, noting that there has been a “historic over reliance on surveys and census, but we’re now moving to a full data portfolio of lifecycle events.” This new approach should allow ministries to incorporate a much wider variety of data sources and types into their planning, putting them out front of key issues and ensuring services are delivered judiciously and no one is left behind.

You can learn more about the Kenyan and Ghanaian official commitments here, and read more stories about how data is impacting development in Africa here.