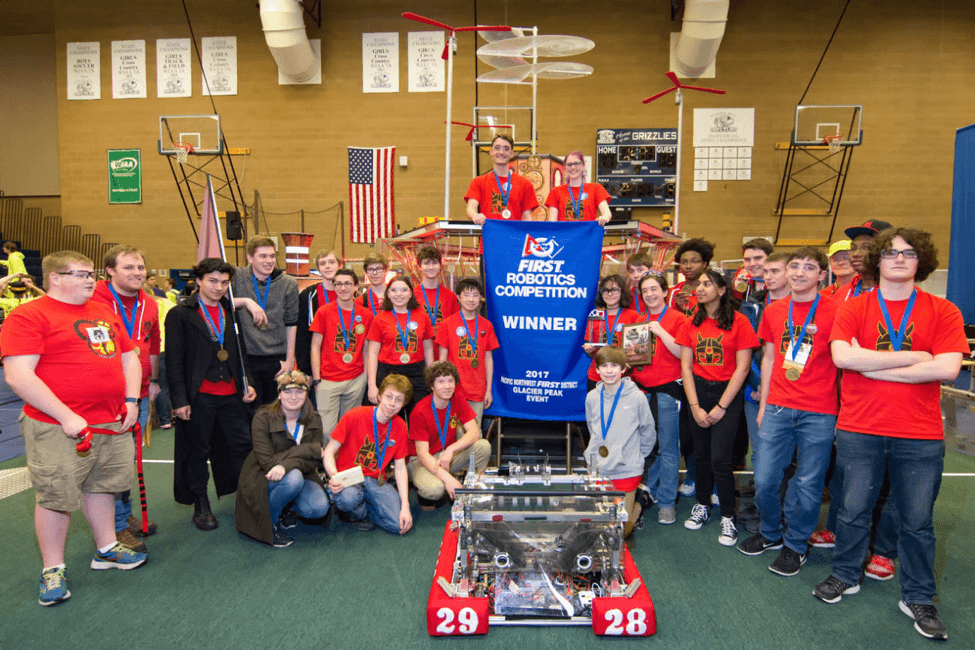 It’s a bit of a community tradition to use Tableau in creative ways, so it’s no surprise that Tableau software engineer Logan McNamara partnered with a high school teacher in Seattle to win the 26th annual FIRST Robotics Competition.

Well, maybe it’s a little bit of a surprise.

Brian Connolly teaches Project Lead the Way, a pre-Engineering pathway at Ballard High School. Earlier this year, he ran after-school meetings and devoted weekends for 1 1/2 months in the pursuit of building a wiffle ball-shooting robot. (And if those numbers impress you, check this out: The robot he and the Vikings Robotics club built weighed in at 120 pounds and chugged along at 13 mph.)

Why did the robot shoot wiffle balls? Why did it move so quickly? Who spends weekends in a garage perfecting an android’s throwing arm? You’re asking all the right questions:

Founded by inventor Dean Kamen, FIRST (For Inspiration and Recognition of Science and Technology) is a not-for-profit public charity that runs a worldwide robotics competition to encourage active participation in science and technology. By pairing students with engineer and teacher mentors, students design and build robots to compete in what FIRST’s website describes as “a championship-style sporting event.”

With a new set of rules each year and time constraints in place, student teams raise money to design, build, and program robots that compete head to head in a well-attended arena. This year, robots had to shoot 6-inch wiffle balls into a goal, affix 1-inch gears to a peg that turned rotors, and got bonus points for using ropes to climb into a special area on the playing field.

The Vikings joined 40 other schools from the Pacific Northwest at the world championships, and fought 400 schools for the ultimate title. The kicker? Their winning robot had to be assembled in just 6 weeks. According to Brian, once their robot was finished, “It got a certain serial number, and we put it in a bag. Participants can’t touch their robots from that moment until they’re on site at the competition.”

When the battle begins, teams are allied to score points together. Choosing your allies is a process known as “scouting.” Because the rules and competitors change each year—and are unbeknownst to competitors beforehand—partnering with the right teams is vital if you want to be successful in all parts of the competition. Enter Tableau. 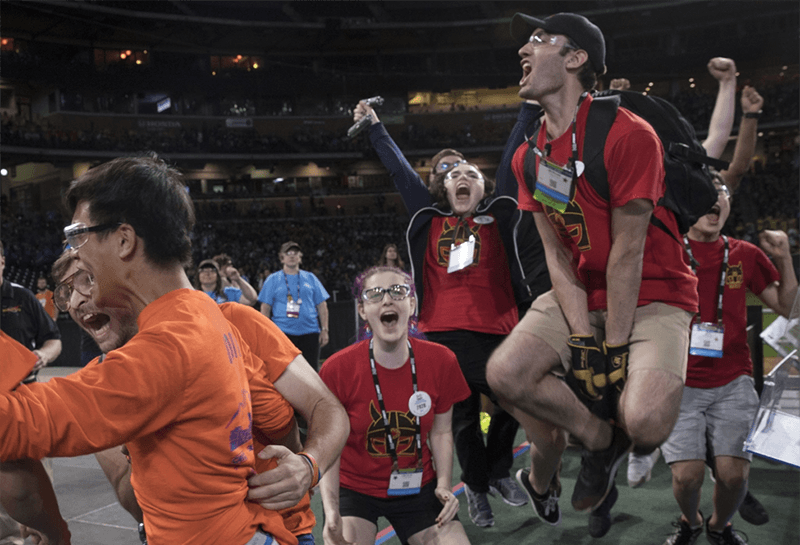 A scout must be prepared

The Vikings showed up ready for battle. “The team is lucky to have mentors from companies in the area that donate their time and energy to help the kids learn and grow,” said Brian. “Along with Tableau, we have mentors from Boeing, GM Nameplate, and Amazon. Justin [Sonntag] is one that found us to help with programming the robot.”

Before heading to Houston, Justin caught up with Logan, the Tableau software engineer. “He caught me walking back from the gym and asked if I thought Tableau could help, so I said I’d try! It was after build season was over, and everyone was trying to figure out what was going on,” she explained.

Logan met with the high schoolers to teach Tableau, and students started brainstorming ways they could capture their robot specifications for analysis. “There was one student who came up with the best solution over the course of the weekend by connecting to Google Sheets,” she said, “So we used that as a jumping-off point.”

Once in Houston, the Vikings observed other teams competing, entered their observations into a Google Form, and established a live connection to Tableau so they could instantly visualize which teams complemented their own robot’s strengths and weaknesses. Brian reasoned that “Tableau made patterns easier to spot. For instance, we were weak in shooting and needed climbers, and by having a strategy for quickly comparing potential allies, we could choose the right partners.”

“One of the most interesting things to me throughout this process was that students were able to easily filter data to see only specific robots based on their capabilities. They messed with parameters to choose allies,” said Logan. “So even though I ramped them up on Tableau, the students ran with fundamental statistics principles, asking and answering their own questions.”

In an epic ultimate face-off, the Vikings held onto a narrow lead against their rivals to become world champions.

Check out their winning video:

"Coaching the robotics club just came with the job, but it’s turned into my favorite part: At the beginning of the year, kids won’t know how to turn a screwdriver, but by the end, they’re engineering things that sometimes I don’t even understand. That’s pretty rewarding."

Tableau is a proud sponsor of the FIRST Robotics Competition. Teams can find more information about accessing our software for free in the Kit of Parts. We also have a dedicated resource page for teams who use Tableau in the competition that includes video tutorials, Tableau workbooks, and instructional whitepapers.

Tableau’s Academic Programs provides students and instructors worldwide with the resources to learn and teach Tableau for free. Learn more.