Going Cloud is Like Using Public Utilities. Here's How

Back in the early 1900s, there was no such thing as centralized electricity. That means every factory had to develop its own source of power. And factories that managed to do so more efficiently gained a competitive advantage.

Henry Burden was one of those business owners who got a leg up. He invented a waterwheel that powered his factory. 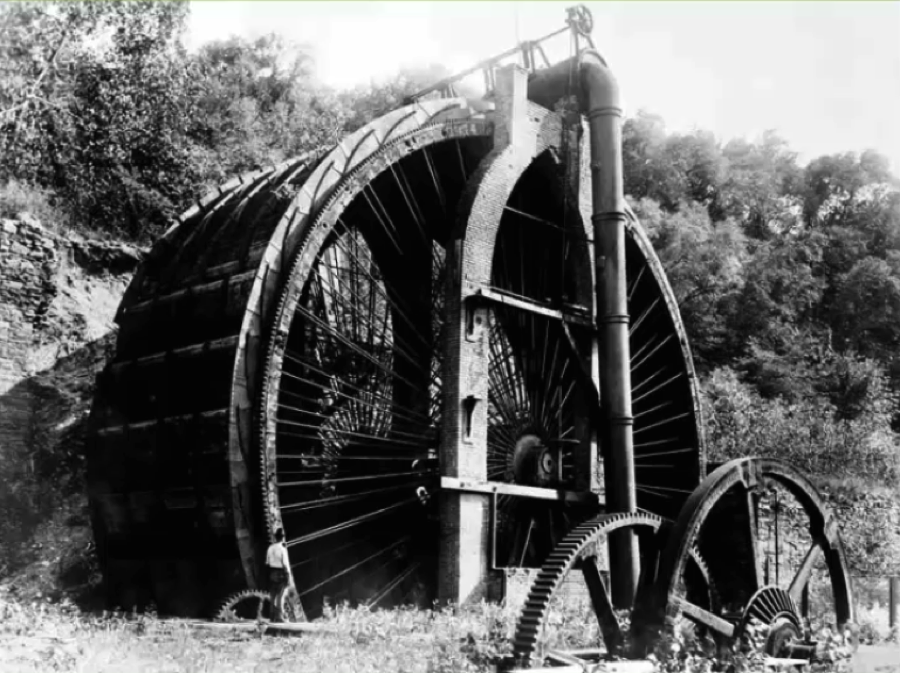 But in just a few years, Henry’s invention stood idle, quietly rusting away.

That’s because there came along a much greater innovation in the market. Utilities began to centralize electrical power, and companies began to outsource to these utilities.

This shift to centralization achieved such tremendous scale and economic benefit that it permanently transformed the market. Those who leveraged this new service couldn’t be rivaled by any company still sourcing its own power. That’s why even to this day, even the biggest companies tap into public utilities for electricity.

Many have argued that this crucial point in history is analogous to modern computing’s shift to the cloud. More and more systems are being centralized to provide computing power or applications that people can simply tap into and use on a pay-as-you-go model, much like our utilities.

Retracing the History of the Cloud

Going cloud may seem like a recent trend, but the ideas driving the phenomenon are not new. The idea of sharing a common computing resource traces back to as early as the 1950s when computers began appearing in companies.

Back then, companies housed giant computing units, and employees signed up for time slots to leverage the machine. This idea of time-sharing extrapolates to the cloud-computing model.

In the 1970s, we saw individual work stations that were simply terminals that tapped into the main computing power.

In the past decade or so, the tech boom popularized the terms “hosting” and “cloud computing.” As companies began to evolve in the new tech space, demand began to grow in the late ‘90s.

Rackspace, one of the biggest hosting companies, popped up in 1998. A year later, Salesforce showed up on the scene and offered a service as easy to use as ordering a book on Amazon, no software required. This new method grew in popularity, and in 2005, Workday appeared on the market. Then Amazon Web Service came along in 2006 with just a fraction of their current cloud offerings.

Since then, we’ve seen a tremendous push across all verticals and industries, from IT helpdesk to finance, to social analytics. Niche cloud leaders are serving these spaces, and companies are demanding these services every day, mostly because of their clear economic benefits. These benefits are not unlike those seen with the centralization of utilities.

Quantifying the Transition to the Cloud

The transition to the cloud is a fast-growing market. In the first quarter of 2015, Amazon, for the first time, articulated the performance of Amazon Web Services, which had been speculated to be wildly successful for years. And we saw that for a three-month period, AWS had earned $1.57 billion in revenue. And this year, AWS is trending toward a $6 billion business. That’s pretty amazing given that AWS is not Amazon’s core competency, and has only been around since 2006.

In recent years, the shift to cloud data has picked up dramatically. Amazon RedShift, a hosted data warehouse product that emerged in 2012, is now the fastest-growing cloud service in the history of the company, says Amazon CTO Werner Vogels. This trend is significant, especially since some of Amazon’s cloud services like EC2 and S3 have been around since the beginning.

The momentum has caused ripples in the analytics space as well. According to Gartner’s BI Magic Quadrant Report, “42 percent of BI customers report they either have deployed or are planning to deploy to the cloud. The cloud is being widely adopted as a delivery platform in the operational DBMS market.”

Another report by Enterprise Management Associates found that “56 percent [of those surveyed said] cloud is essential or important to their analytics strategy.”

The trend is clear: More and more data will move to the cloud. The business benefits of the cloud are also clear. It’s fast to deploy, easy to scale, and quick to deliver wins.

To learn how to go cloud, check out our six tips on transitioning to the cloud.

To learn more about Tableau Online, take a tour here.