Once Lost, Now I’m a Zen Master Thanks to Community Forums

In 2013, when I took on a new role as a BI analyst for a nonprofit network of charter schools in Indianapolis, I had no prior experience in business intelligence. I could utilize Microsoft Excel and Access in the very basic ways, but I had no SQL skills, very limited understanding of database concepts, and virtually zero Tableau Desktop experience. What I did have was experience in teaching and learning (as a K-12 educator), technical aptitude, and a desire to gain knowledge and share with others. 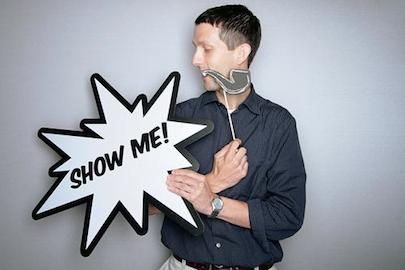 Fast-forward to August of 2014: I received a rock in the mail. I’d become a Tableau Zen Master.

At first, I thought they had made a mistake and I tried to send the rock back! I was later convinced that I was worthy of such recognition and that I met the criteria. But I have often asked myself: How did I get to that point (and in what felt like a very short time)? Simply put, the answer is that I connected with others and found the help I needed when I needed it. I follow that up by trying to give back to the community by freely sharing what I’ve learned with others.

So Much to Learn—and Fast

Tableau can be an intimidating tool for newcomers. I think most users come to utilize Tableau after seeing the results someone has built or demonstrated. The demos typically look very simple and amazingly powerful. The data sets used in the demos are typically very clean. However, if you are like me, the data you work with in the real world is not as simple—and if you don’t have control over the data you work with, Tableau can be all the more daunting. When the data started pouring in for me, I quickly realized I needed help. I had a lot to learn, and I needed to do it fast!

The first thing I did as a Tableau user was to create an account on the Tableau Community Forums. I had experience using forums primarily for learning and discussing guitars. I had nobody at my workplace who could help me learn Tableau, and the Community Forums were a way for me to interact with others working with Tableau on a daily basis.

I very quickly noticed there was a tight-knit group of users contributing regularly to the Forums. People like Shawn Wallwork, Mark Jackson, Jonathan Drummey, and Alex Kerin were posting prolifically, and with camaraderie I’d never before seen on an online forum. I decided to immerse myself in the Forums.

I personally found the Forums to be an inviting learning environment. Yes, I had to learn to ask questions with an adequate amount of detail (and a packaged workbook example attached—hint, hint), but I was guided in a kind and caring way by those who came before me. That guidance paid huge dividends and allowed me to eventually give back in a similar fashion. After a month or two of sitting back and watching how others used the Forums to gain and share knowledge, I jumped in head-first, and haven’t looked back since.

In addition to utilizing the Forums, I also studied Tableau’s online training videos, Online Help manuals, and Knowledge Base articles. I also read books, including Data Points by Nathan Yau, Data Visualization: A Successful Design Process by Andy Kirk, and Tableau Your Data! by Dan Murray. (I recently bought the second edition of Stephen Few’s Information Dashboard Design: Displaying Data for At-a-Glance Monitoring, and am beginning to dig into that as well.) I recommend all of the above as good reference and learning materials.

Next, I reached out to individuals for help. I count myself lucky to have arrived at Tableau at such an exciting time, when Version 8.0 was brand new and so many users were engaged in helping each other. I quickly took notice of those who were doing more than just posting on the Forums—whether it was blogging, creating Tableau Public visualizations, or using Twitter for Tableau engagement. One of the most inspirational sources of Tableau knowledge (and a great example of experiential learning) was Jonathan Drummey’s blog, Drawing with Numbers.

At the time, Jonathan was posting content that was well above my skill level, but I could tell he had a deep thirst for understanding how Tableau works. I’d like to believe that as an educator myself, I also recognized his ability to help others and share knowledge in a way that makes sense. His blog remains my favorite resource for learning about Tableau, and I believe I can safely say it is an inspiration to all of the Tableau Zen Masters.

As I mentioned, Jonathan was also a regular contributor to the Tableau Forums. Early on, he helped me learn how to use the Forums by leading through example. His thoughtful responses regularly described how and why something works, and the amount of detail that went into his posts is unmatched to this day.

I decided to reach out to Jonathan personally as I was struggling to learn table calculations after a few months of using Tableau. To my surprise, he generously offered to teach me what he could about this complex topic through a screencasting session. That session lasted about an hour, and the content was probably more than I could comprehend at the time (as I was likely trying to learn too much too quickly). However, his generosity and expertise taught me several things:

This experience provided another great aha moment. I realized even Zen Masters were accessible people with a great spirit of sharing. I continued to reach out to others, and attempted to connect with the people I found to be passionate about Tableau and willing to share with others in a generous spirit.

(A quick shout out to Joshua Milligan of VizPainter, Shawn Wallwork, and Joe Mako, who have all helped me progress with Tableau in the same spirit as Jonathan.)

I have found the Tableau community to be the most vibrant, intelligent, and caring group of professionals I have ever had the pleasure of knowing. I have never once been told someone was too busy to help me solve a problem. And I know I would never have been named a Zen Master without the Tableau Forums and its users. Becoming a Zen Master was never the goal for me, but it is an amazing privilege and an experience for which I will be forever grateful.

Thank you, Tableau and its wonderful community of users. Let’s keep working to help each other see and understand our data!

For more helpful tips on utilizing the Tableau Community Forums, check out this post by Jonathan Drummey, and this post by Keith Helfrich.