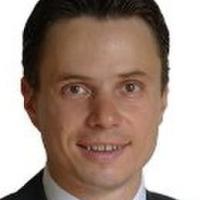 Tableau community in Europe: we are impressed with your work! We received 29 fantastic submissions for our first data visualization competition this year, Iron Viz Europe. Thank you for taking part!

It was not only great seeing so many high-quality vizzes on the topic of “European cities”, but the buzz on Twitter and elsewhere was also noticeable. Tableau experts all over the world cheered on from the sidelines and actively offered feedback, advice as well as encouragement. That’s fantastic!

The vizzes were assessed in a two-stage process. Both assessment rounds used the same method: we gave each viz 0 to 10 points for each of these three categories: Analysis, Storytelling and Design (with Analysis being the tiebreaker when two vizzes have the same total score). A team of Tableau employees had the first stab (KJ, Jenny, Johanna, Florian, Jonni and Scott). Then our jury of data visualization experts looked at the shortlist of 10 best vizzes in more detail. We were very honored to have two guest judges from the data viz community: Stefanie Posavec and Moritz Stefaner. They were joined by Tableau’s own Rafi Zelikowsky and Louis Archer. Judges, thank you so much for your hard work on this!

The authors of the three vizzes with the highest total score will be the lucky winners of a trip to London and will be bestowed the honor of competing at the live Iron Viz on the big stage at Tableau Conference Europe.

In addition, we had also asked you, Tableau community, to crown a crowd favorite. For that you had a look at all the vizzes in Tableau Public and favorited them.

All of this is behind us now, and it remains to reveal the scores.

And the winners are…

Daniel’s viz provides a detailed history of Europe’s metro systems. He clearly know his subject, as guest judge Stefanie finds: “This visualization is incredibly information-rich and you can feel the author's enthusiasm for the subject, which makes the visualization more compelling and engaging!”

Klaus’ viz looks at the very real problem of rising rents in Germany. The viz ticks all the boxes, as Rafi points out: “good planning, good analytics, strong storytelling and analysis. And the design is consistent and clear too.” And Louis likes Klaus’ ingenious way of laying out the dashboard: “1+2+3 = 4 is a clever way of telling the story!”

Sarah created a fantastic infographic about affordable tourist destinations. The judges liked the clean design and the attention to detail. Said guest judge Moritz: “The ‘on a budget’ angle is nice and surfaces interesting cities - Well designed and clearly structured.” Louis added that it made him want to go to all of the places on the list!

But Sarah’s viz not only delighted our judges, but also the community. It received the most likes on Tableau Public and is therefore the official “Crowd Favorite”.

Congratulations! Well done, everyone! We look forward to seeing the three grand-final contestants at Tableau Conference Europe! Thank you everyone else who participated. We think you will agree all of the submissions are fantastic vizzes and deserve a full round of applause.

The Tableau team will get in touch with the winners to give them the details on their prizes. Also everybody who had opted in to receive feedback from the judges will get an email with that soon.

In soccer they say, “after the game is before the game”, and so it is with our data viz competition. The first feeder for Iron Viz Global will open later this week! Watch this space for the announcement of the theme and details how to participate!