Editor’s Note: This article includes excerpts from a three-part series by Andy Cotgreave: Part 1 an examination of a year’s worth of COVID-19 charts; Part 2 looking at charts as the pandemic accelerated its impact; and Part 3 rounding out key charts and lessons learned about data communication.

COVID-19 has transformed the world in the last 12 months. Communicating data has been a central part of the pandemic. I want to reflect on what I think are some of the most important lessons we can take from this period. There have been multiple moments where data was the centre of the story. I’ve chosen eight examples from the last year that each reveal one key lesson anyone trying to foster a better data culture should adopt.

Let’s look closely at them and their relevant insights around communicating with data:

1. Don’t wait for perfect data to start your analysis 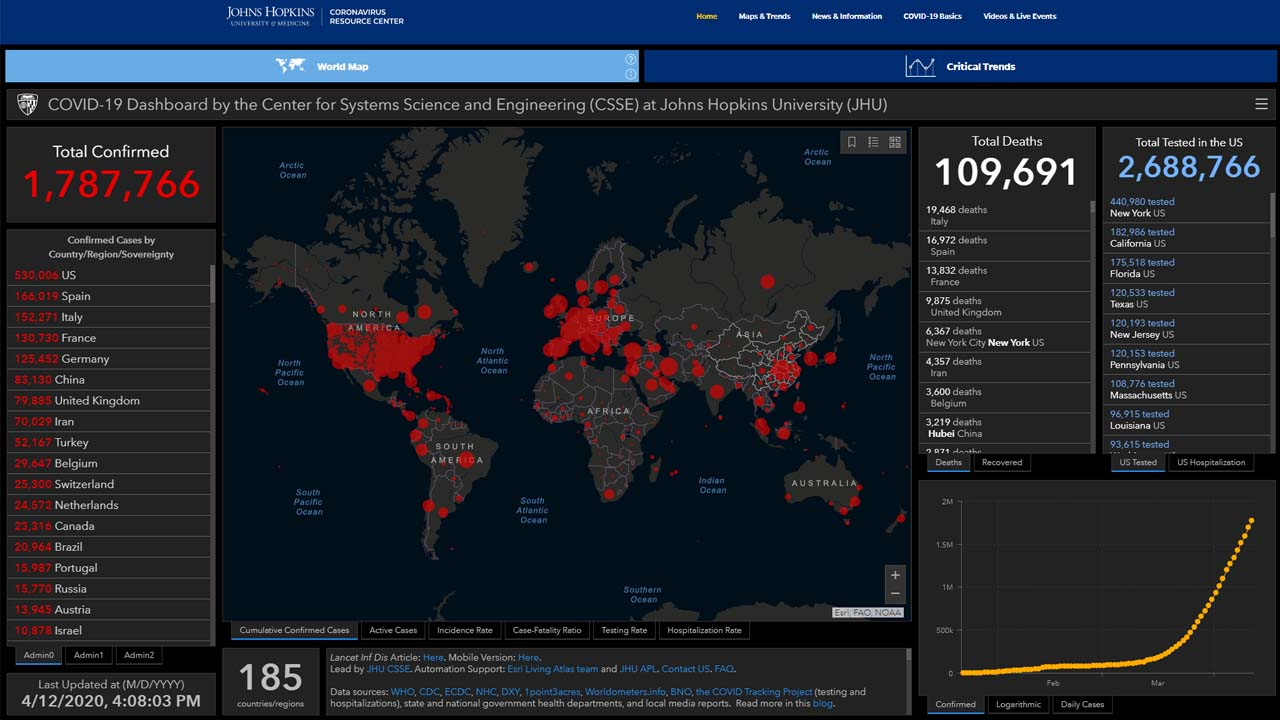 The JHU dashboard as it looked in early 2020.

Johns Hopkins University first published their Covid dashboard on January 22, 2020. The goal was to provide a user-friendly tool for the public, researchers, and policy makers. Data collection was haphazard and slightly unreliable: updates were manual and came from Twitter, emails, and news sites. At this point, though, any data was better than no data.

Over time, data collection was improved and automated. Dashboards are never finished; they need to evolve as data improves and questions change. Initially, the JHU dashboard was a blunt, inaccurate instrument, but visitor numbers (200 million per day in January 2020) indicated how the impending pandemic would be data-driven.

2. Take insights to the audience and iterate design 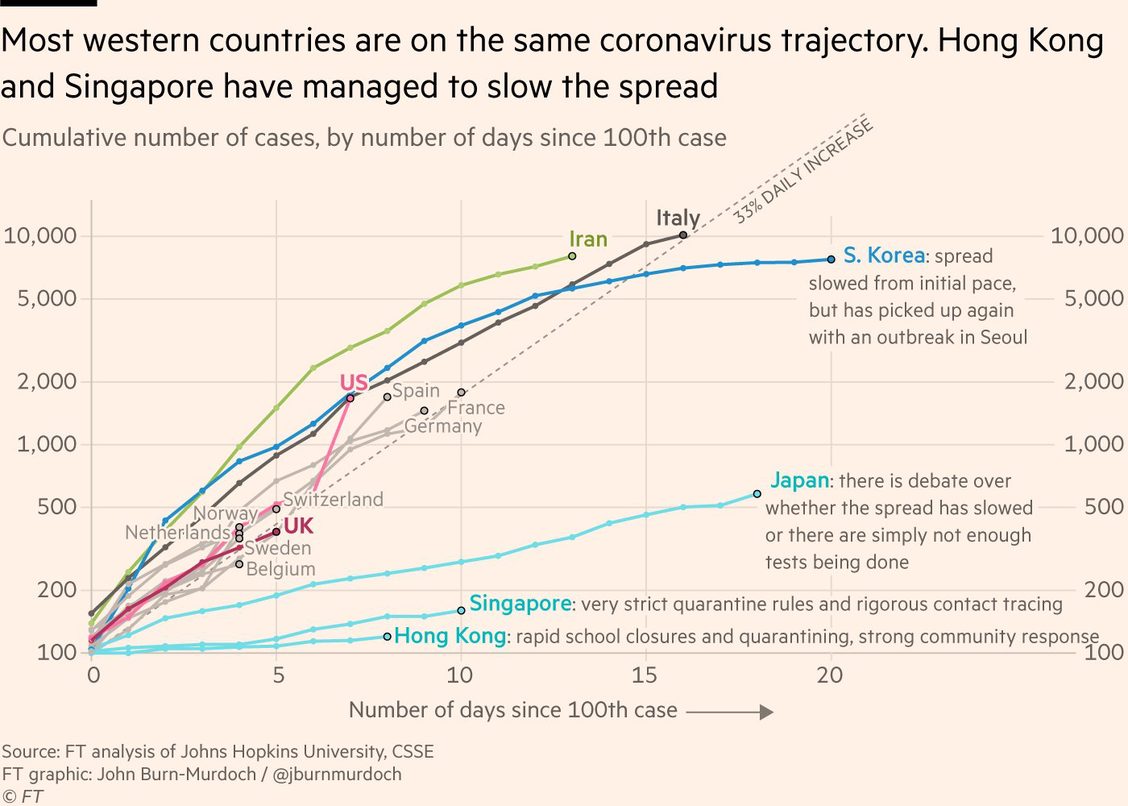 As the pandemic progressed, it was natural for people to compare their country to another. Johns Hopkins’ static views didn’t provide the narrative that a nervous global public wanted. John-Burn Murdoch’s brainwave was to take charts directly to a global audience through Twitter and share updated daily views for six consecutive weeks. When he needed to iterate, he did.

On Twitter, he found an audience that engaged, queried, and debated over the data. His daily updates generated thousands of comments and exceptional engagement levels. John introduced visualization choices that people hadn’t previously encountered: anchoring the x-axis to a milestone (days since x cases) rather than it being a normal timeline, and using a log scale on the y-axis. Log scales are important for tracking exponential growth, as we learned, but also made sense aesthetically, as John explains in this interview with Jason Forrest.

My takeaways from these charts...

3. Know that data can change behavior 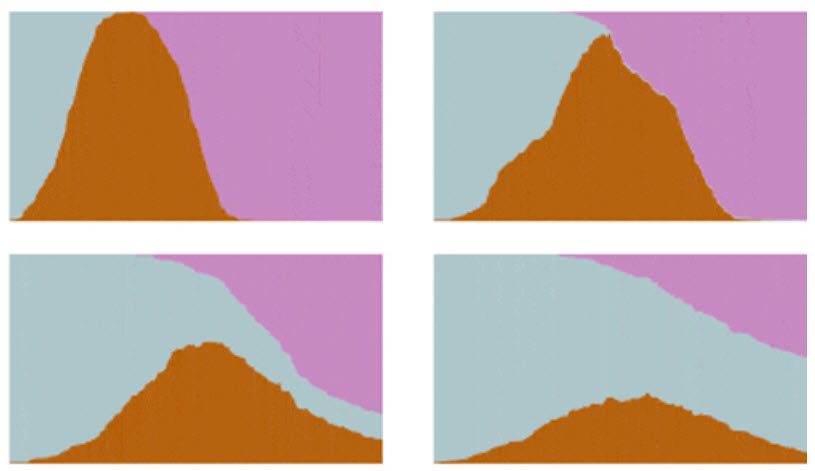 Four example runs of Simulitis, the COVID-like virus on the Washington Post’s page.

The data visualization field has often struggled with the challenging question, “Sure, charts are great, but can you show me an example where data visualization changed behavior?” We’ve previously relied on historic examples to prove change (Florence Nightingale, for example), but now we have contemporary examples showing that data changes behavior.

“Flatten the curve,” an abstract representation of outcomes from different levels of lockdown, drove the biggest behavior changes asked in most of our lifetimes—especially in North America and Europe, which really had no living experience of highly contagious diseases. Concepts of social distancing, exponential growth, and lockdowns, so familiar now, were unknown at the start of 2020. “Flatten the curve” charts clearly demonstrated why change was necessary, and the Washington Post example alongside Harry Stevens’ article was particularly powerful because it used engaging animations to communicate critical details to the public.

I interviewed Harry Stevens for If Data Could Talk and asked how he came up with his ideas, and why this chart was so successful.

By last April, we knew that accurately counting COVID-19 deaths was problematic. Undercounting risked downplaying the situation and made comparing countries difficult. We turned to “excess mortality” as a way to identify the problem. This measure compares actual deaths to long-term average deaths in a given period.

The Economist covered this on April 4, 2020 and set up a long-term monitoring page on April 16. The lessons I took from the change of metrics and charts are: 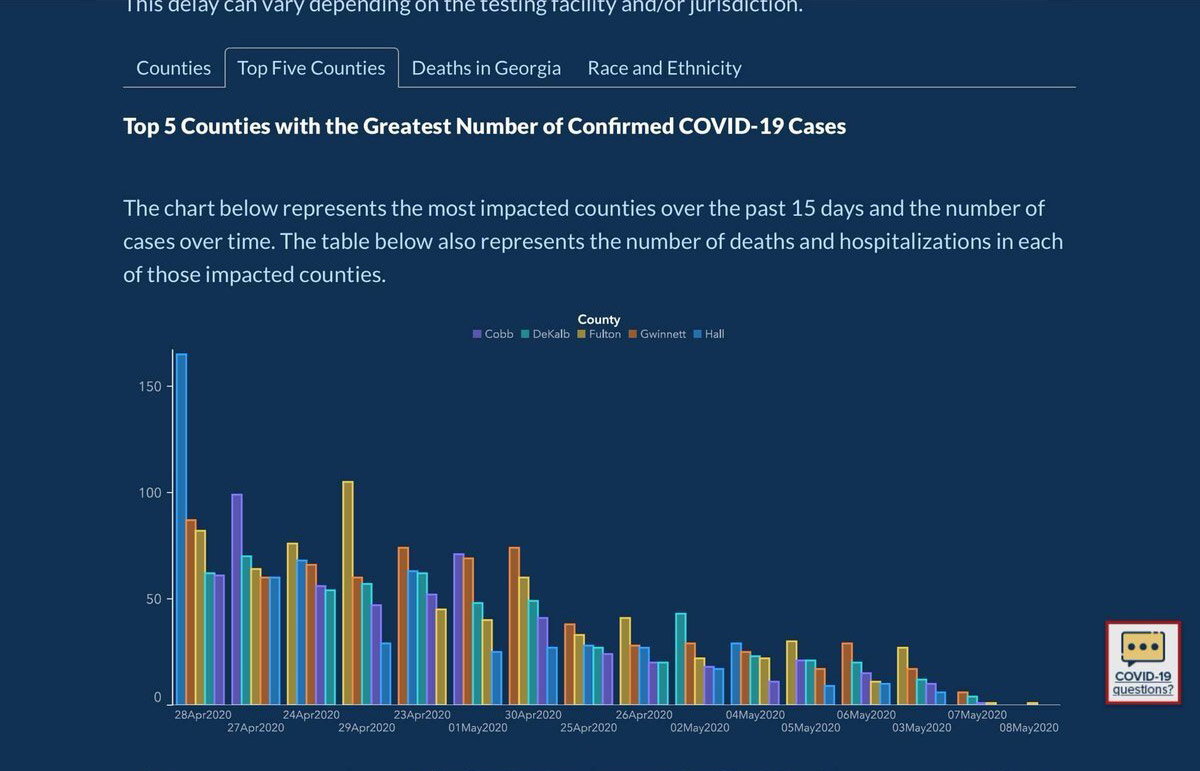 A screenshot of the chart published on Georgia’s Covid-19 dashboard in May 2020 that falsely showed a decrease in the state’s infections—by rearranging the order of the dates at the bottom.

As the pandemic continued in 2020, people transitioned from wondering what’s happening nationally to what’s happening locally. What action must I take to help my community and how can I stay safe? These were top-of-mind questions. At this point, global and national KPIs were more meaningless; people needed data relevant to their activity.

Simultaneously, the nitty gritty of how policies were being decided became more important, and arguments about transparency grew. Georgia’s COVID-19 dashboard faced some controversy with allegations of misleading data, poor design choices, contradicting numbers, and problems with transparency. This report in The Atlantic explained the issue and highlighted that trust in data can only be achieved with data transparency.

On the flipside, there were successful examples of personalized, trusted data in the Covid Tracking Project, ProPublica and El Paso School District charts.

In an interview with Jonathan Swan of Axios, former President Donald Trump used printed charts to argue that COVID-19 was not as bad as the media reported. This exchange revealed two fundamental data literacy failures. First, Trump misunderstood the underlying COVID-19 data. Second, he misinterpreted the charts. As a result, the conversation was not very informative and it emphasized the importance of data literacy as foundational knowledge.

You, your colleagues, you bosses, and your team should all have a greater grasp of data, and how it is used to form insights. If, through intent or through ignorance, we misinterpret what our data is showing, we cannot progress to making better decisions in the future. 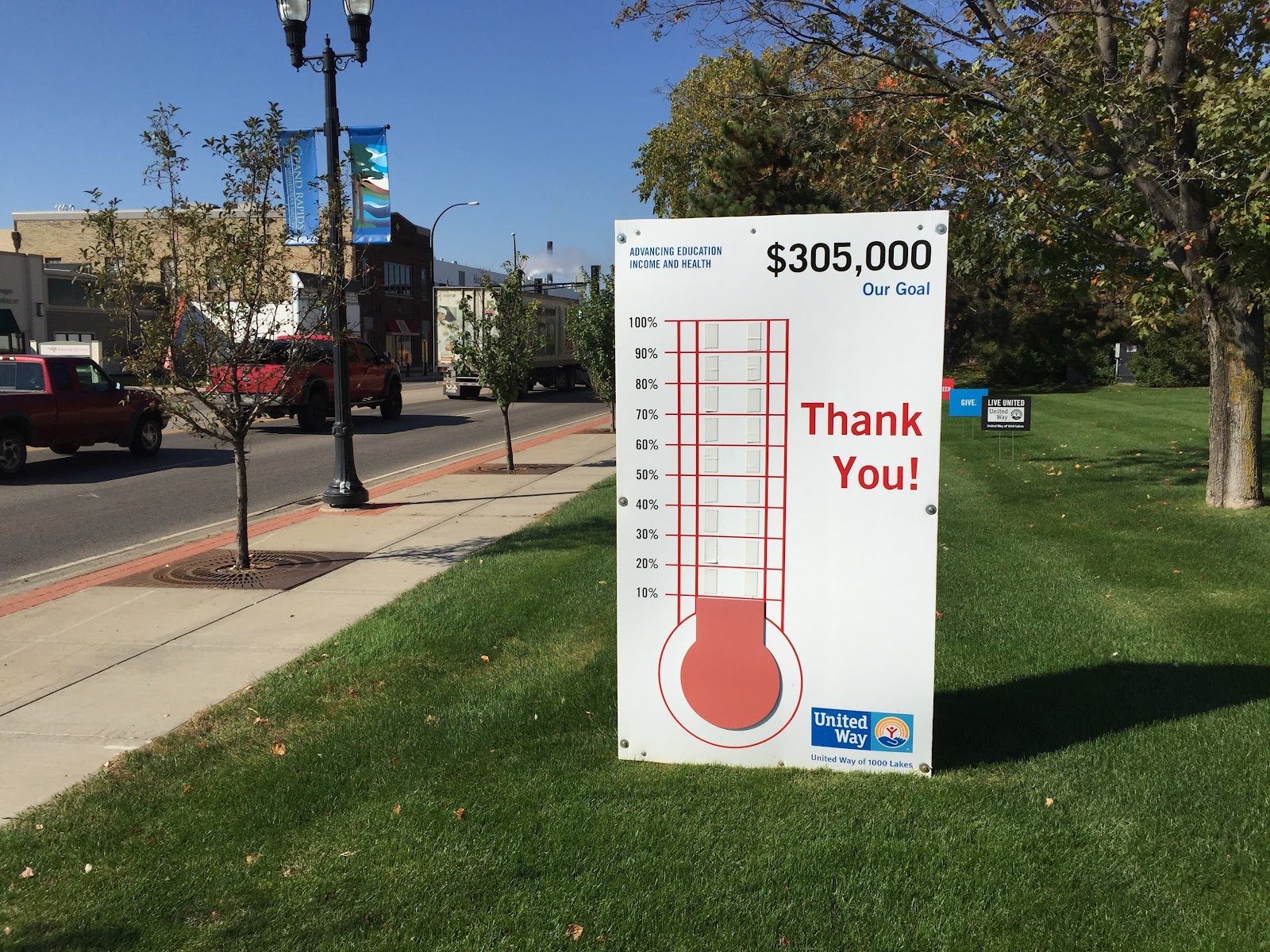 Criticizing a lack of a path out of the national lockdown, UK Conservative MP Jake Berry demanded his government provide clear data on progress against the spread of COVID-19. So far so good, until he suggested a fundraising, thermometer-style display as the solution. Really? Reduce a highly complicated, fast-moving situation to a single number? There is no single number that could possibly capture the nuance, however appealing the desire for one. I challenge you to think: what single number could be used in this format to help the public see a route out of COVID-19 restrictions? I asked Jake the same question, but received no response. Fortunately, the UK government’s latest “data-not-dates” approach looks at multiple values to decide on easing restrictions.

To learn why Berry’s call was naïve, and how business data can fall into the same trap, I highly recommend The Tyranny of Metrics, by Jerry Muller. Also, I wrote more on this topic in Computer Weekly.

8. Don’t be afraid to seek out data

As previously noted, the start of the pandemic revealed a lack of data. Rather than wait for official data sets to improve, journalists at The Atlantic curated their own COVID-19 data, which grew into the Covid Tracking Project. Its data is used by national and local bodies across the US, and their API gets nearly two million hits daily. The impact has been enormous and helped thousands understand the pandemic’s impact. The data even became the Covid data set of President Biden’s Transition Team after being denied access to official data used by The White House.

To learn more about the Covid Tracking Project, check out my If Data Could Talk with Peter Walker.
____________

Now, with important perspective, we better understand the value and influence of these charts and examples, and we can also consider how to apply lessons learned for the future. I’d love to hear what lessons you think data communicators learned from a year’s worth of COVID-19 charts or how these examples may inspire your future data communication. Do they trigger other important lessons? Comment below with your thoughts, or share them with me on Twitter.

To also hear from other experts about what they view were the biggest data lessons learned since the pandemic started, check out this three-part series “Data in the time of COVID-19: What have we learned.”