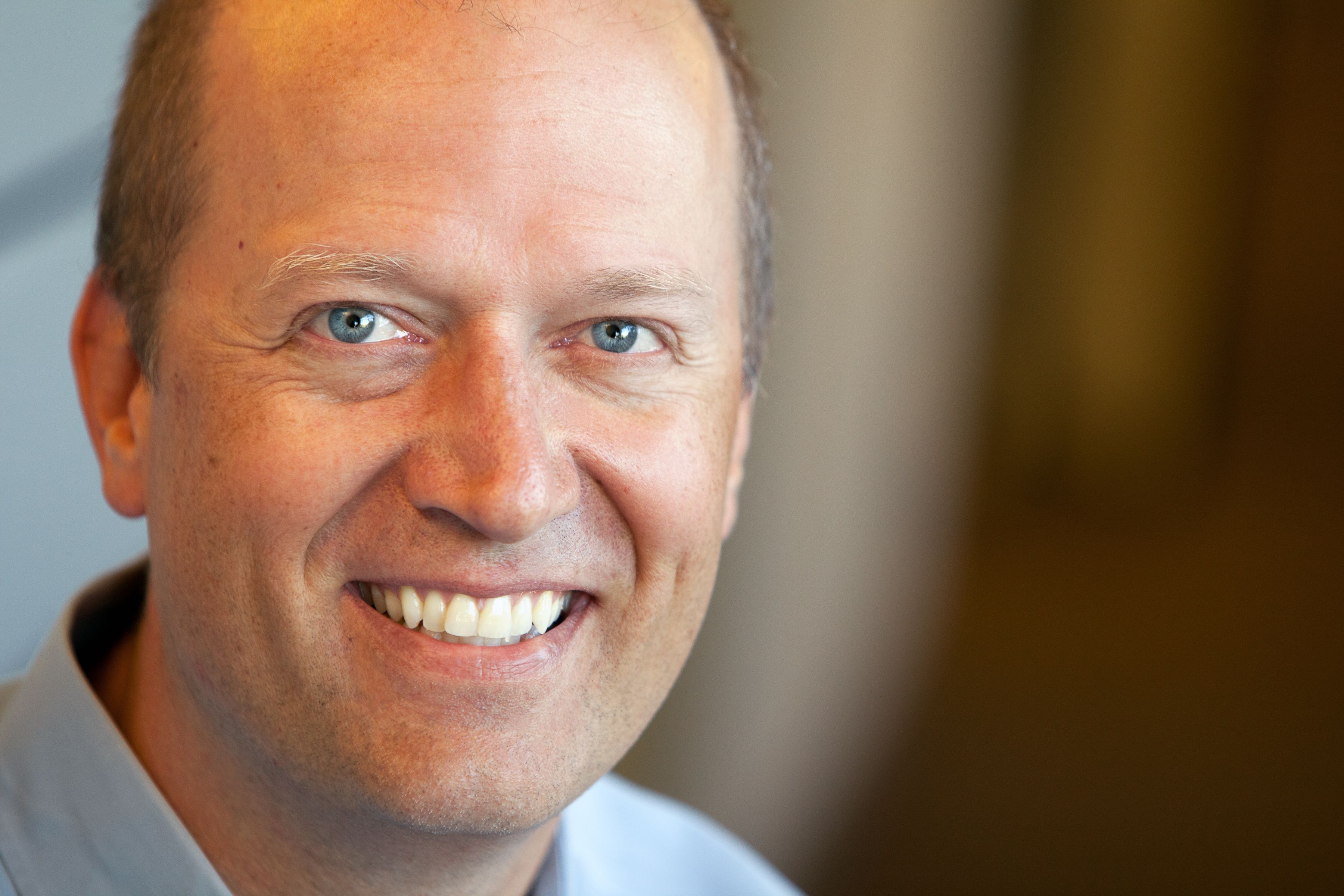 For most of his career, Dave Story has been chasing the same idea: “making computers bring out the best in humans.”

Dave is especially keen on using visual tools to augment the human brain. This fascination has taken him from Silicon Graphics (SGI) to Adobe, to Lucasfilm, to Tableau, with many stops in between.

“They say two-thirds of the world is wired to think visually. I’m definitely one of those people,” Dave says.

At Lucasfilm, ‘They Used the Tools in Just Outrageous Ways’

As CTO of Lucasfilm, Dave oversaw all technology for the many divisions and the kickoff of the upcoming Star Wars Episode 7, 8, and 9. He worked closely with artists to make beautiful things with software.

“The artists were programmers as well. They had either computer science degrees or a programming background. So they used the tools in just outrageous ways, and were always inventing new techniques,” Dave says.

Take the “monster mirror,” for instance. The idea came about during the motion capture shoot for The Avengers.

“The core problem was when Mark Ruffalo turns into the Hulk, he has these huge eyebrows that stick out. And he keeps turning his head down to look tough, but when he’s the Hulk, you won’t be able to see his eyes because of his eyebrows,” Dave says.

So the team came up with the idea of the monster mirror: a computer screen that lets actors see themselves transformed, be it as the Hulk or a Teenage Mutant Ninja Turtle.

Of course, the job also had its perks for a fan like Dave, who still remembers the day he saw the original Star Wars movie when it came out.

“It’s not every day when you’re sitting in a conference room and R2-D2 whips by, pops in for a minute, and backs up, squealing, and goes down the hallway,” says Dave. 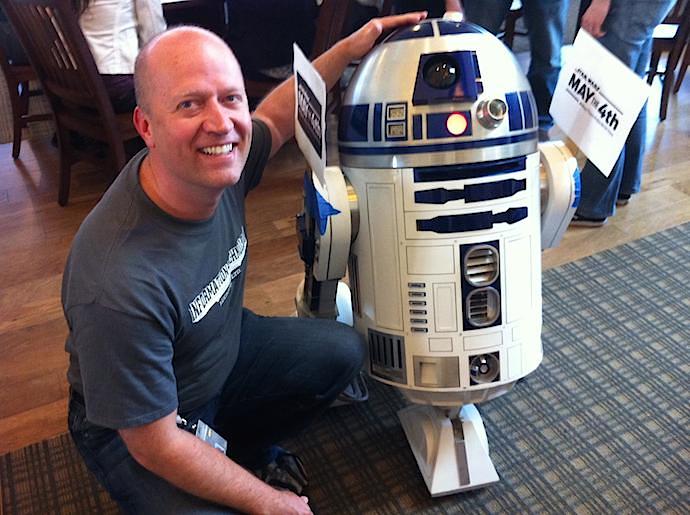 ‘The Mission Is Simple. It’s to Achieve Mobile Leadership’

Dave joined Tableau as the vice president of mobile and strategic growth in 2013—decades after he saw the power of visualizing data. In fact, he became a published viz author in the ‘90s when he visualized the rate and contributing factors of SCUBA divers’ decompression illness. It was a first for the American Academy of Underwater Sciences, whose members had never seen and understood that longer decompression dives have lower risks of decompression illness.

“That one image presented a very surprising finding!” Dave says.

Now, as the leader of Tableau’s mobile strategy, Dave is determined to help people see and understand their data, regardless of their location and device. To this end, he’s overseeing the redesign of the Tableau Mobile app as well as the development of Project Elastic.

“At Tableau, my product mission is simple: achieve mobile leadership,” he says. “We’ve seen the power of storytelling with data. We’ve not yet seen the full power of Tableau applied to literally touching your data.”

For years now, Dave has been thinking about the mobile space, and even built several apps himself. At Lucasfilm, crews on set used an internal app to keep track of shots. At Adobe, Dave helped develop Adobe Ideas, a sketching app, just in time to seize the rise of tablets. And at Realtor.com, he implemented a mobile strategy that served house hunters while they were out and about, hunting for a home.

In less than three years, Realtor.com went from having no mobile strategy in place to seeing 75 percent of its audience arriving via mobile. 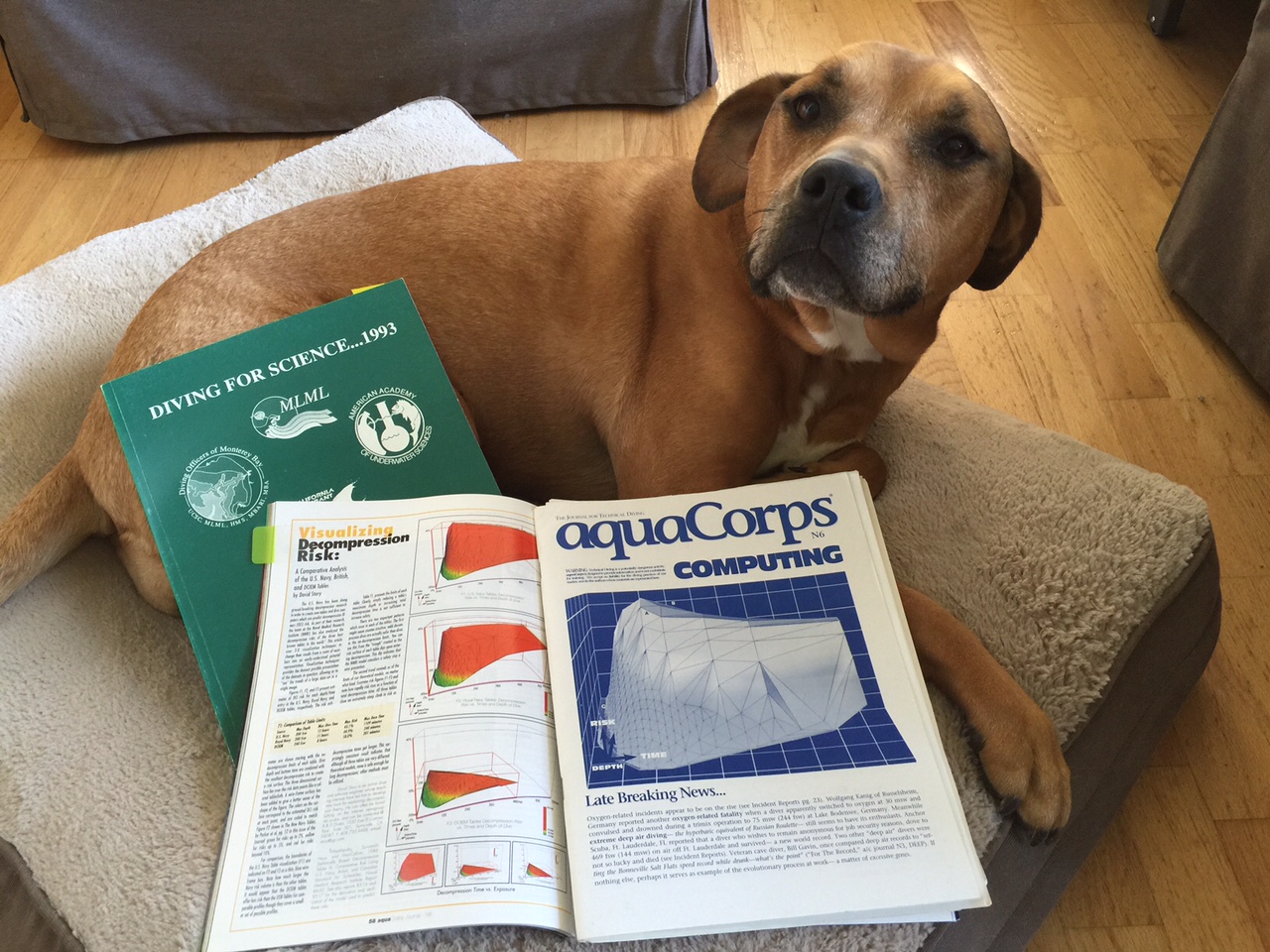 When Dave isn’t thinking about mobile, he’s thinking about strategic growth. The idea of this half of his role, says Dave, is to “planfully preserve the magic of Tableau’s collaborative culture, even as we grow rapidly.”

“If you just want to hire people and add bodies, that’s fine, but that’s not what we’re after,” he says. “To put it really simply, I want this to be a better place to work when Development is 1,500 people than when it was 250, or even 25 people,” he says.

But that can be tough, especially since the human brain is wired to maintain only about 150 close relationships, according to Dunbar’s number. That’s why Dave looks to the details. When growing fast, says Dave, every detail must foster collaboration. And that means Dave obsesses about the kitchen drawers here at Tableau—really!

“We had a long, narrow kitchen in Palo Alto, where in order to get milk and a spoon for your coffee, you had to step over each other. And it’s like, ‘Dude, I don’t want you in the kitchen if you’re blocking me from getting to the refrigerator,’” says Dave.

So Dave flipped the drawers in the kitchen island to the other side, facing away from the refrigerator. And the result: “Now people like being in the kitchen together. They’re not set up to antagonize each other. It’s a small detail, but I think it has changed the interpersonal character of the kitchen,” he says.

Dave applies the same principle across all Tableau offices. Consider, for instance, his blueprint for meeting rooms. The furniture must encourage conversation. The A/V technology must allow meetings to start within 60 seconds of entry. And the placement of video cameras must foster eye contact. (During our video conversation, Dave panned his video camera left and right to make sure the meeting room I was using had been properly set up.)

Collaboration and face-to-face relationships can be hard to maintain in a distributed company like Tableau, says Dave. But if you get the details right, the technology can help build a culture of collaboration, which is critical to creativity.

“We’ve all had opportunities to work in teams and environments when everything came together, and you just felt incredibly productive, incredibly supported by your teammates. That’s, for me, the essence of the culture that we’re trying to enhance,” says Dave. “And just like our software, we can’t leave any detail to chance.”

Want to join Tableau? Visit our Careers page for a list of open positions.