A Legend in the Flesh: Hans Rosling Keynotes #TCCEU13

Ellie Fields
Senior Vice President of Product Marketing at Tableau
June 12, 2013
"I don't give a damn about data. I care about the world." - Hans Rosling, June 2013 In a widely anticipated keynote, Hans Rosling shared some of the thinking that led to gapminder and his famous TED talk. He alternated between profound statements and funny observations and the audience loved it. 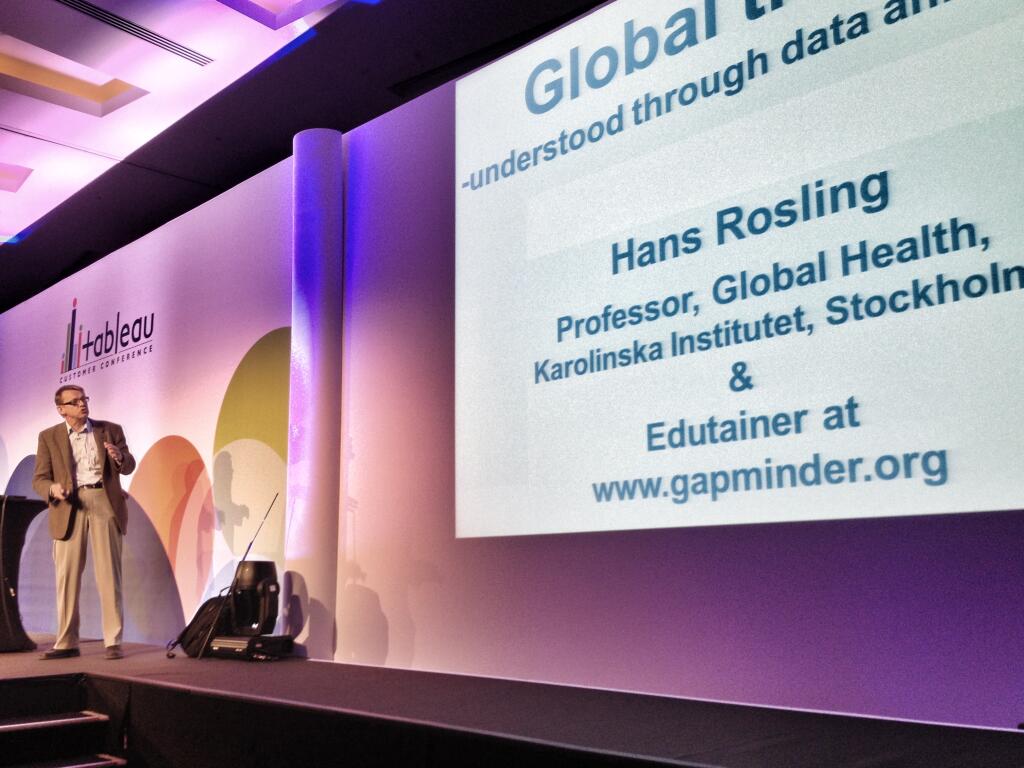 As a Swedish doctor in Africa. They had 100x more child deaths and 100x fewer doctor. “This difference in resources to needs is 10,000x.” That led to his interest in statistics.

In those early days he used rudimentary tools. To flip his axes, he used a printout, a transparency and a photocopier-- and manually rotated the paper by 90 degrees.

It was a great realization when they "liberated the x axis--" made a scatterplot of GDP vs. life expectancy. They built a frame for every year and began to animate through time, and that really told the stories. 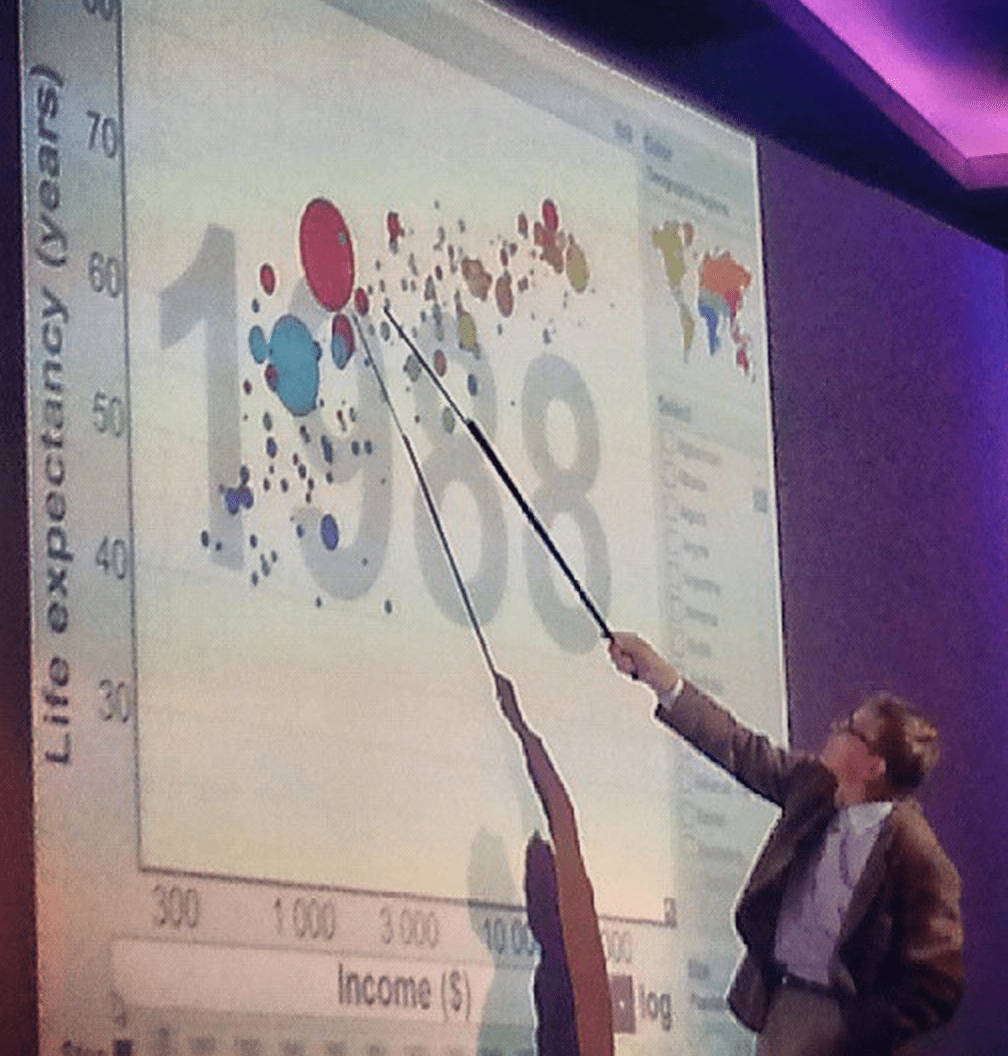 Hans animated the scatterplot through a couple of centuries, following great wars and the Chinese Great Leap forward, and at the end, he said, "And that is the world." To a huge round of applause.

There is a misconception, Hans said, that saving poor children causes overpopulation which will cause environmental catastrophe. But most population growth is among poor people, and it's not those people who consumer resources: the richer consume many more resources and are the real environmental problem. So we need to reduce our consumption as more people become rich.

Hans talked about data leading to impact: "It's not enough to do a TED talk, and a video," he said. "You need to get tools into the schools, get people to learn and understand." And always use photos of people in data presentations, because data is about people.

Perfect end to a brilliant conference, thank you everyone involved for making it one to remember.

This session was just fantastic... couldn't be a better demonstration of how clear, simple visualization transforms data into insight. THANKS!!

Yes, I think all of us were wowed watching Hans live. It was amazing. Thanks for coming and see you next year!

He was masterful and it was the single most exciting moment of the any Tableau Customer Conference for me to have the honor of speaking with him. Five stars to Tableau for this one..

The notes above don't do justice to a brilliant mind and a perfect fit for a Tableau conference. This man has an incredible grasp on the data and a brilliant ability to not only impart his thinking but also to inspire other to listen and act.