FREE NOW unifies data from 13 countries with Tableau, enabling self-service analytics for over 50% of its workforce

Employees are using Tableau to improve service and operations for 14 million passengers across Europe
Central analytics platform, underpinned by AWS, gives both flexibility and control within one source of truth
Fully scalable platform keeps pace with FREE NOW’s rapid growth 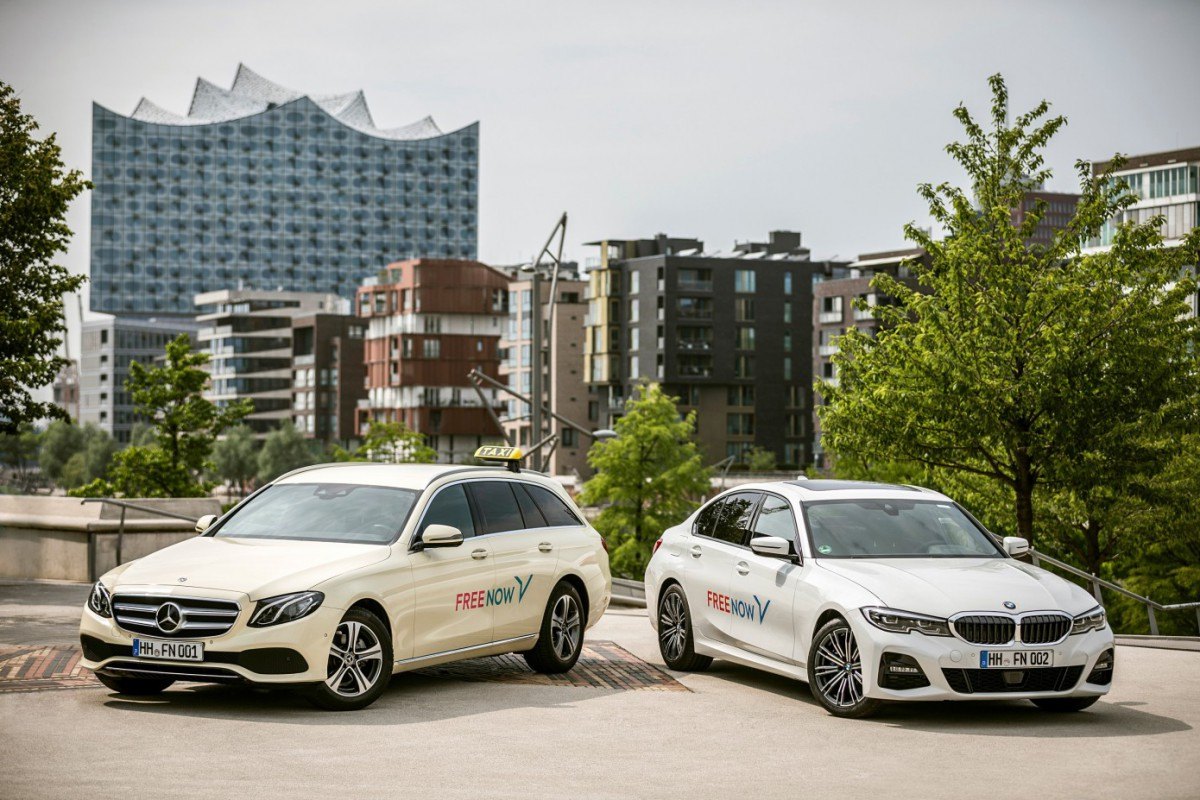 FREE NOW, part of a joint venture between BMW Group and Daimler AG, is Europe’s leading taxi app, with more than 14 million passengers in more than 100 European cities. Founded in 2009 as mytaxi, the company employs 750 staff across 26 offices and works with over 100,000 drivers as part of its European network. In 2014, FREE NOW (then mytaxi) made Tableau its sole data analytics and visualisation tool, unifying multiple fragmented data sources and creating a single source of truth from which all employees can self-serve their analytics needs. Doing so has greatly improved trust in data and enabled more informed decision making at all levels of the company.

Tableau’s scalability has also allowed it to grow rapidly alongside mytaxi, from 15 users in 2014 to 450 in 2019, without compromising speed or consistency of analysis in any way.

We have Tableau users in nearly every department now, where it has quickly become an invaluable tool for fast self-service analytics.

When FREE NOW was first founded as mytaxi in Hamburg, Germany in 2009, the local nature of operations meant that data-based decision making was relatively simple. However, as the company rapidly expanded its operations across Europe over the next five years, stemming from an acquisition by Daimler Mobility Services GmbH in 2014, data and personnel became increasingly fragmented.

“Decision makers were no longer in one room and local data silos were springing up everywhere, making everything much harder to control and coordinate,” says Andrew Emmett, Head of Analytics at FREE NOW. “The bigger the company got, the lower the alignment across departments was becoming and the harder it was to make fast, accurate, business decisions.”

This rapid growth was also causing problems with the company’s underlying data infrastructure, which was unable to keep up with the pace of expansion. So in 2015, the company conducted a significant infrastructure overhaul, replacing its existing monolithic system with a 100 percent cloud-based system, underpinned by Amazon Web Services (AWS). Tableau was then implemented as the sole data analytics layer, creating a single source of truth for the whole company to work from.

“Straight away, we had a new level of scalability and control throughout our operations that simply wasn’t there before,” says Andrew. “With a fully flexible system based in AWS, we can handle seasonal spikes in demand and the resulting data processing much more easily. Tableau then integrates seamlessly into this, ensuring everyone in the company can see and work from the exact same data sets, no matter where they are geographically.”

Tableau’s intuitive interface also makes complex data easier to understand, analyse and visualise, even with only basic training. As more and more employees realise they can now self-serve their own data analytics needs, usage throughout the company has increased dramatically. In the last five years, the number of Tableau users has grown by over 2000%, from 15 (around 10% of the workforce) in 2014, to over 400 today (more than 50% of the workforce).

“We have Tableau users in nearly every department now, where it has quickly become an invaluable tool for fast self-service analytics,” says Andrew. “Uses range from customer engagement monitoring in our product teams, to KPI and budget tracking in our finance team and campaign performance assessment in marketing.”

Tableau’s flexibility has allowed us to grow unconstrained, it works just as well with 400 users as it does with 20.

For Andrew, one of Tableau’s key attributes is its ability to scale alongside FREE NOW, allowing new users to be added whenever needed, without compromising speed or consistency of data analysis.

“We’ve grown very fast in the last five years, which could have caused major issues without the right tools in place” says Andrew. “Tableau’s flexibility has allowed us to grow unconstrained in this regard, it works just as well with 400 users as it does with 20.”

A good example of this was when mytaxi merged with Hailo, the leading taxi hailing app in the UK and Ireland, in 2016.

“Following the merger, mytaxi’s workforce jumped from 250 to 400 almost overnight,” says Andrew. “When that happened, we were able to have the first new employees up and running with their own user accounts on Tableau in just 5 weeks.”

Tableau’s built in governance and control tools also provide the right balance of freedom and control.

“The aim of any organisation is to equip employees with tools that give them the freedom to do their jobs quickly and flexibly, but to also control those tools in order to maintain consistency,” says Andrew. “Tableau lets us set the rules and create a controlled playground that can be trusted to produce accurate analysis and intelligence at all times.”

As a product, Tableau has also grown alongside FREE NOW, meaning Andrew has never been in a position of wanting functionality that Tableau can’t provide.

“As the business has evolved over the years, so too has Tableau,” says Andrew. “There have been many occasions when we’ve realised new functions such as level of detail calculations or cross database joins would be really beneficial to us, only to find they are included as part of the latest Tableau update.”

Tableau lets us set the rules and create a controlled playground that can be trusted to produce accurate analysis and intelligence at all times.

Tableau’s advanced analytics and visualisation capabilities have helped FREE NOW uncover previously hidden data insights and use them to refine its European business operations. One of the key areas where this has happened is in the creation of service boundaries for the cities where the company operates.

“In each of our cities we use historical ride data to define the area of service and ensure the best experience possible for both our customers and drivers,” says Andrew. “In Tableau we can visualise all of this data on a heatmap, which clearly shows where the majority of journeys take place. Once this is done, we can quickly identify the point at which the provision of service is no longer viable from a business perspective.”

A particular benefit to Andrew was the fact the Tableau dashboard used for this process only had to be built once and could then be rolled out across every city involved, rather than building a new one from scratch every time.