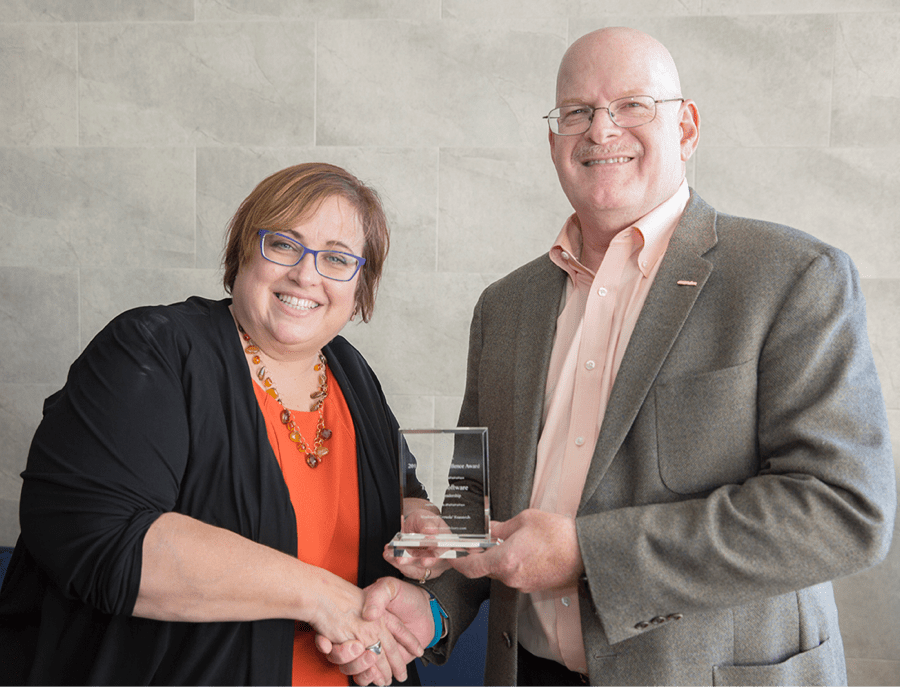 Dresner recognized Tableau as an overall leader for business intelligence. The award honors “vendors who demonstrate excellence across all categories of measurement: technology, sales/service, value, and confidence,” according to the firm.

“We’ve been collecting data from your users for six years now,” says Howard. The data looks at 33 different measures on two different quadrants, namely customer experience and vendor credibility. And the award means Tableau scored well on both quadrants.

“So it’s really the voice of the customers, and we think it’s important to recognize vendors who do a really good job in serving their customers on a day in and day out basis,” Howard says.

Howard delivered the award in person to Tableau CMO Elissa Fink at the Tableau Conference in Las Vegas.

Earlier this year, Gartner recognized Tableau as a market leader in its annual 2015 BI Magic Quadrant report. This is the third straight year Tableau has been recognized in Gartner's report, which is also based on user feedback.