The Tableau Community 2014 Year in Review

2014 was a good year for the Tableau Community. Our membership more than doubled, but that didn’t stop the Community from feeling like…well, feeling like a strong community. It was a year of welcoming and connecting with other members, celebrating achievements, and sharing knowledge. As the Community Strategist, I get to see first hand these relationships being strengthened and formed each day as part of my job.

I think it is fitting that the most talked about thread of the year (in terms of number of replies) was started by Shawn Wallwork with the Quiz: Most often asked… The post and the subsequent replies show the passion for wanting to help new users get their answers and keeping the sense of community alive and thriving. There are responses from people who have been participating in the Tableau forums for years and newbies who had only recently joined.

The thread also brought up some tougher questions – specifically around how Ideas are incorporated into Tableau products. I was determined to get more information about the Tableau Development and Idea Selection Process. I wanted to share just how much Tableau, as a company, really does listen and value the community. At the same time, it was important to demonstrate to the Development team how important communication back to the Community really is. This has started an internal conversation that will result with 2015 being a year to improve this feedback loop.

In September, Tableau Conference took place in Seattle. A number of Community members met up and connected at Community Alley. Hopefully, next year, we'll get even more people in the pic! 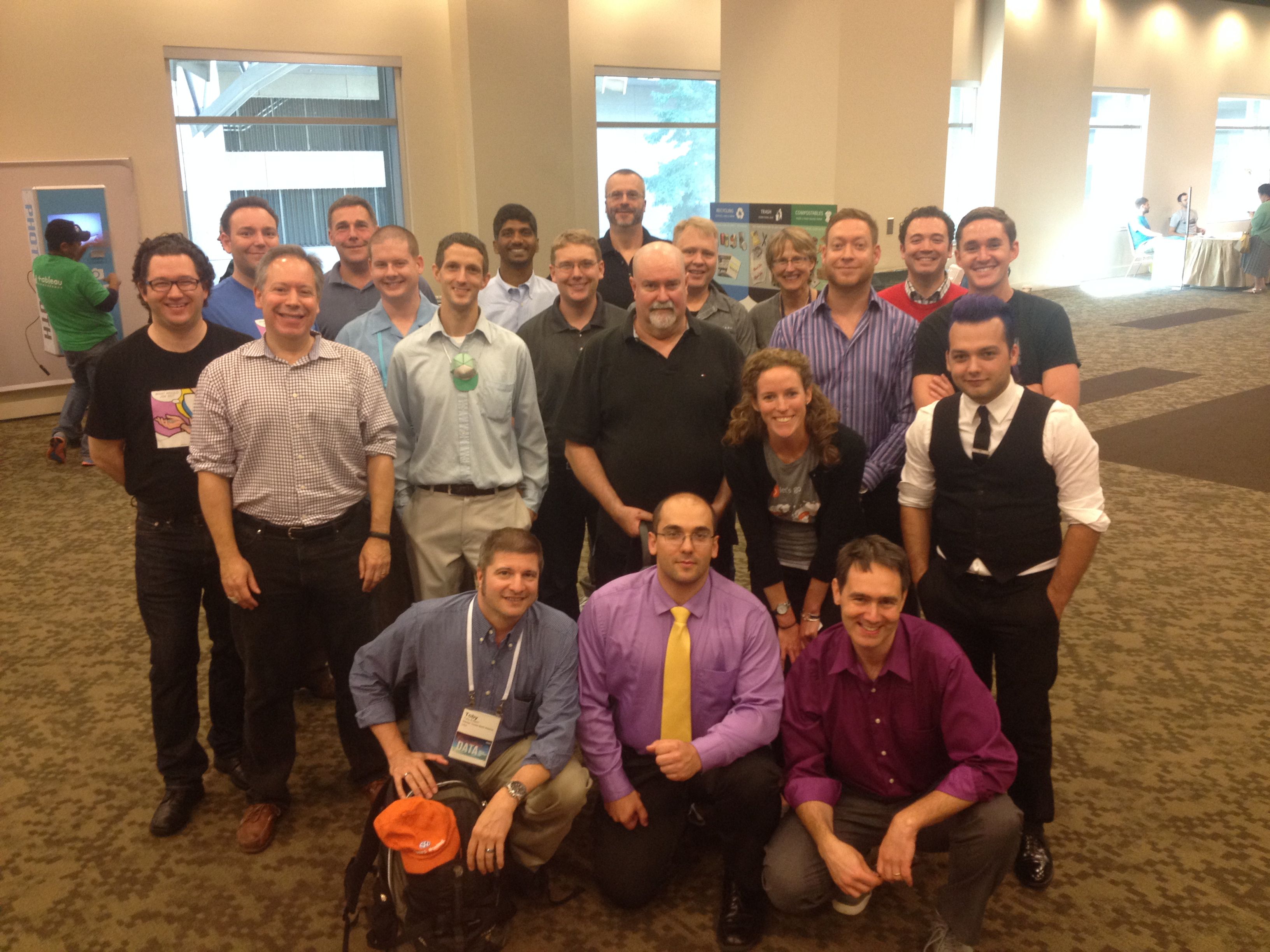 After conference, the Crow’s Nest challenge began. The goal? To give at least one response to every post created for a week. And WOW! Not only was the Crow’s Nest cleared out during the last week in September, but also the following 10 weeks. Talk about pulling together!

2014 was also a great year for recognizing all kinds of achievements. The recognition and honors started when Matthew Lutton was the first Tableau Community member to achieve the Question Slayer badge (aka 50 of his responses were marked as correct). Shawn Wallwork called him out in a post recognizing the achievement. But it didn’t end there. In June, Matthew unlocked the Answer Wizard badge (100 Correct Answers) – again, he got a shout out. I think this really inspired people. More and more people started attaining different badges, and Johan Sivertsen started documenting and recognizing these accomplishments in the Correct Answer Club.

And then there’s the knowledge sharing. From detailed posts to presentations -- this community is never at a loss for information. In June, Think Data Thursday was revived with Mark Jackson who shared the "Story of His Career" viz. In the following six months, we had four other hosts presenting their expertise, Jonathan Drummey, KK Molugu, Joshua Milligan and Tableau’s Bethany Lyons.

Joe Oppelt and Matthew Lutton created a video for a concept that often can be difficult for people to execute, Parameter Sheet Swapping video.

Joshua Milligan showed how to Show Seconds as hh:mm:ss in the Tableau Calculation Reference Library.

Bill Lyons posted an impressive workbook, Mapping polygons and points together dual axis, he created in the Tableau Workbook Library, including instructions so that someone could learn from and replicate it.

In November, the Server Admin Community was launched. It’s a place where questions and discussions specifically around Tableau Server can be brought up, and where many Server Admins have been spotted hanging out lately. With over 100 contributors already, people like Toby Erkson, are sharing things like this document - Server admin reports for workbooks, data connections, data sources, and their schedules.

I could go on and on, showing different examples of people helping people in the Tableau Community. This list is by no means comprehensive -- and contains just a couple of highlights. I am so lucky to be a part of this community and am looking forward to see what 2015 has in store! There's bound to be more members to welcome, new Tableau versions to discuss and provide ideas for, and plenty more opportunities to connect and share with others.

Not a member of the Community? Join by signing in here.