In his talk, Tom discussed the intersection between analytics and patient care. Beginning with the history of medical data visualization—such as Florence Nightingale’s visualization of military mortalities—he transitioned into the hospital’s own story and shared a handful of excellent visualizations.

When St. George’s Healthcare started using Tableau, they got a few Desktop licenses. Now they have roughly 25 licenses, and also use Tableau Server to share visualizations across the organization. Tom heads up the Information Team, which now uses Tableau to visualize metrics like: 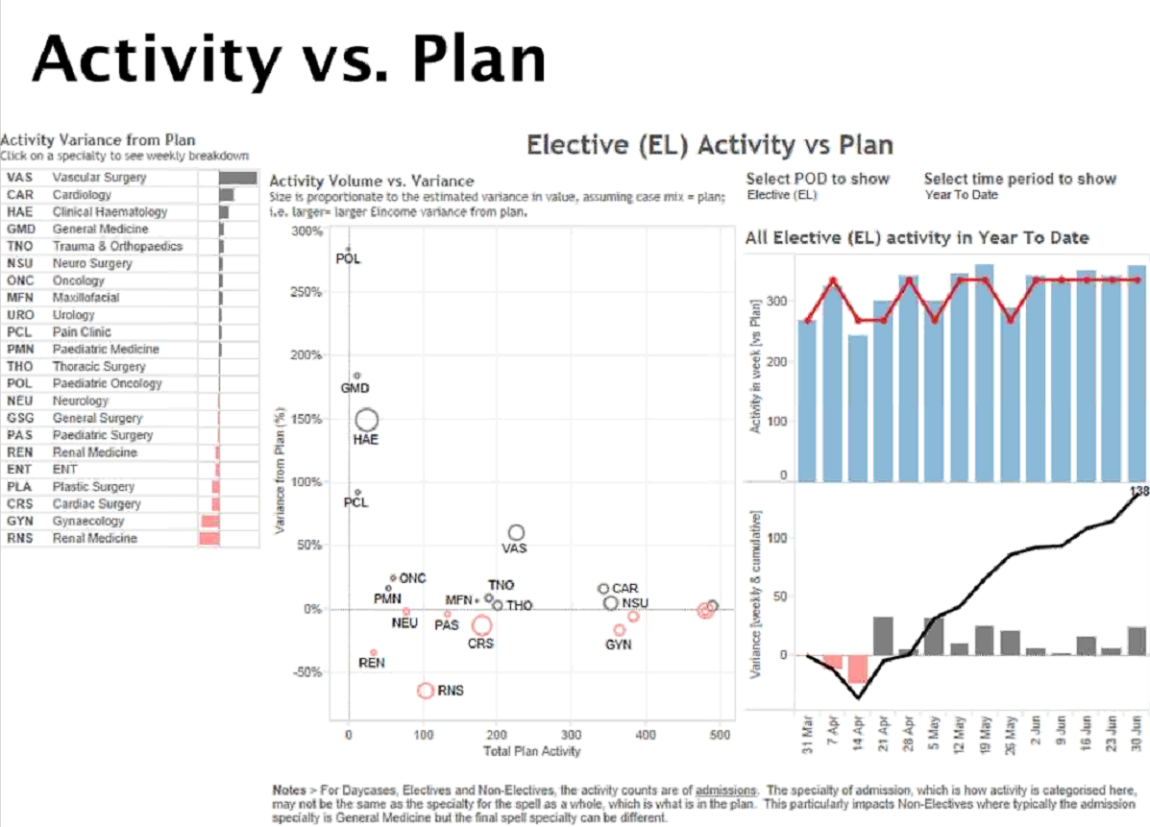 Tom finished with his team’s goals for the future. Among these were ease-of-access improvements, such as embedding visualizations in multiple applications and creating a go-to portal for users to access data. They also want to empower even more people to answer their own questions with data.

We enjoyed hearing how St. George’s Healthcare is improving patient outcomes, and are thrilled to see where they go from here. To learn more about what they’re doing with data, you can also watch this interview.