Tableau chosen over other leading solutions for its powerful analytics capabilities
Over 700 dashboard views per day, at all levels
25 % of data views using Tableau Mobile 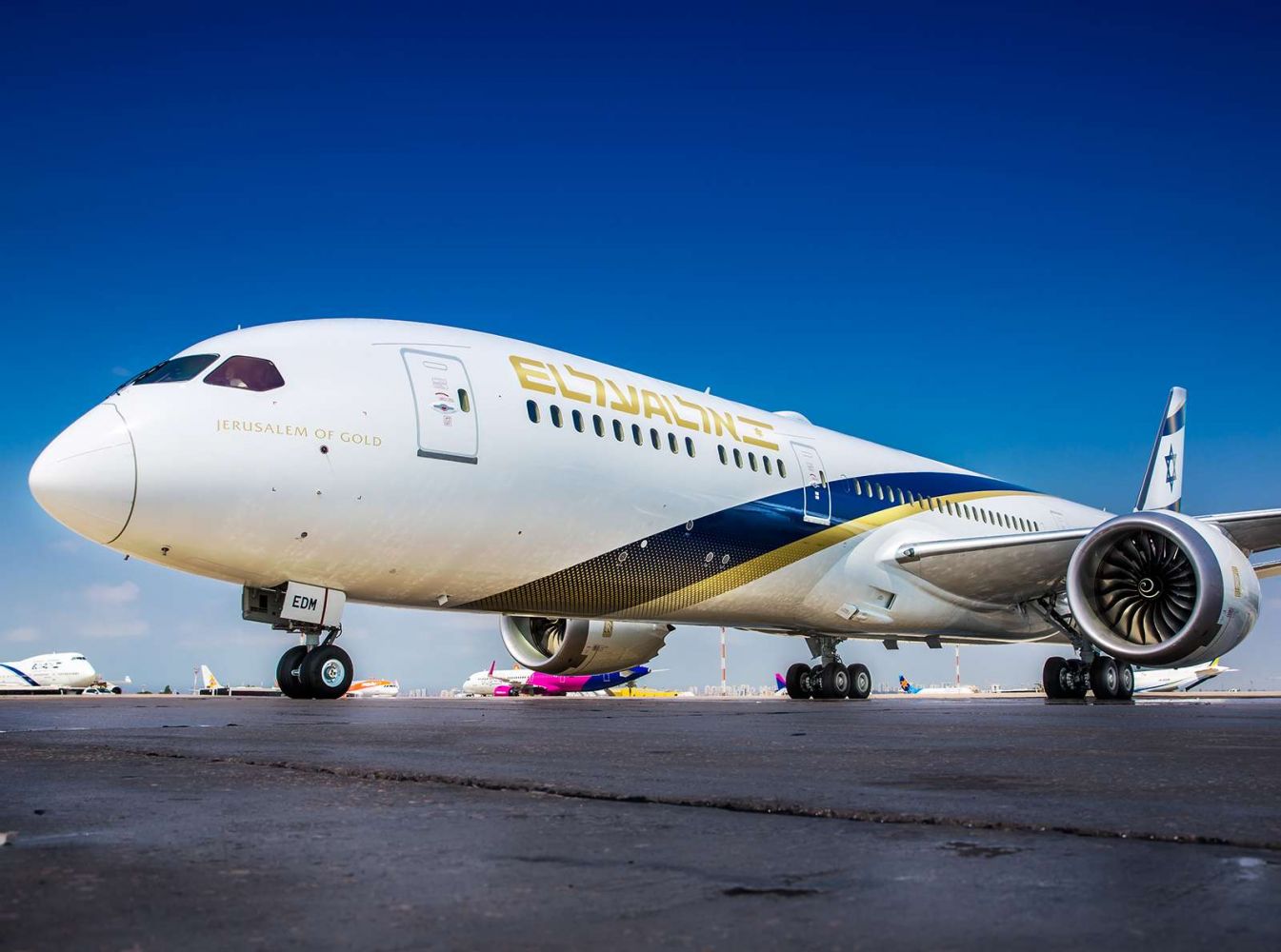 El Al is the national airline of Israel and a symbol of the country around the world. Founded in 1948, it has grown to serve over 50 global destinations, flying six million passengers a year and generating more than $2 billion in revenue. It is also considered one of the world’s most secure airlines, thanks to its stringent security protocols, both on the ground and onboard its aircraft. El Al uses Tableau to consolidate data from across the company into a single source of truth, driving data-based decision making and helping identify key operational areas where major cost savings can be made. Employees at all levels also use Tableau Mobile to view detailed data analytics on the go, from senior executives on the road, through to engineers servicing the company’s fleet of aircrafts.

Tableau was unanimously chosen thanks to its ease of use, powerful visualisations and fast, effective data analytics capabilities.

As a major international airline, El Al relies on effective data analytics and information flow to ensure smooth operations in every area of its business, from ticket pricing and passenger details to aircraft refuelling and crew assignment. However, when Ido Biger joined the company as Chief Data Officer in 2018, one of the first things he noticed was how many of the company’s individual departments were operating in silos, making collaboration difficult and causing conflict between teams.

“From a data perspective, El Al felt like seven different companies,” says Ido. “Key departments such as Engineering, Customer Service, Operations and Revenue Management all had their own data sources and analytics tools, resulting in a fragmented ecosystem that made effective information sharing very challenging.”

Ido knew that a central analytics platform would be key to solving this issue, consolidating all existing data sources into one single source of truth that the whole company could work from. He began by creating a shortlist of potential leading analytics solutions, including Tableau. He then worked with business champions from across El Al to collectively identify the best solution for the company’s needs.

“We tackled a current data use case in each of the shortlisted solutions, before deciding which was most effective,” says Ido. “Tableau was unanimously chosen thanks to its ease of use, powerful visualisations and fast, effective data analytics capabilities.”

With Tableau now in place, employees throughout the company can be confident they are all working from the same data sets, making collaboration easy and eliminating the confusion that previously led to conflicts.

“Duplicate data sets are now a thing of the past, which means there’s no more arguments in meetings about who’s report is the correct one,” says Ido.

Uptake of Tableau has been extremely high across all departments as well. Dashboards are receiving over 700 views per day, less than six months after implementation, while many of its biggest users are at the most senior levels of the company, including the VP of Operations, VP of Commerce and the CEO himself.

“Tableau’s rich visualisations have a big ‘wow’ factor when people first see them,” says Ido. “One of the first main advocates we had was the VP of Operations who quickly saw the potential. We created a great dashboard for him to show to other VPs and it wasn’t long before everyone wanted it for their department.”

One of the first main advocates we had was the VP of Operations who quickly saw the potential. We created a great dashboard for him to show to other VPs and it wasn’t long before everyone wanted it for their department.

Using Tableau, El Al has been able to identify several new areas of its operations where significant monthly and annual cost savings can be made. Ido cites excess water supplies on flights as a great example of this.

“By combining multiple data sources such as log files from the 787 Dreamliner, an Excel spreadsheet from our engineering department, DWH tables and a few web sites for the current USD/ILS and Brent Fuel price in Tableau and visualising the data, we immediately saw how much money was being wasted through overfilling water supplies on our Boeing 787 Dreamliners,” says Ido. “Excess water adds weight to the planes, which burns more fuel. Fuel is the largest operational cost for every airline, so even small savings per flight can quickly add up to significant amounts of money over the course of a year.”

Closer Tableau analysis of specific overfilled planes and the airports where overfilling was taking place has allowed El Al to virtually eliminate the issue across its fleet.

“If we were still using Excel, we would never have identified this issue in the first place,” says Ido. “But thanks to Tableau, we’re expecting to save up hundreds of thousands of UDS annually on our operational costs.”

Tableau Mobile is huge for us, it’s extremely easy to adjust a dashboard to fit mobile devices, which means members of our service and operational teams can still access all the information they need while out in the field.

Due to the nature of its operations, a large percentage of El Al’s employees work outside the traditional office environment, but they still need fast access to analytics and reporting in order to perform their jobs effectively. For this reason, Tableau Mobile plays a big role in the company’s data strategy.

“Tableau Mobile is huge for us,” says Ido. “It’s extremely easy to adjust a dashboard to fit mobile devices, which means members of our service and operational teams can still access all the information they need while out in the field.”

“It’s not just the field teams either,” continues Ido. “Almost 80% of the time our Management spends using Tableau is via Tableau Mobile on their tablets or Cellular Phones.”

In total, around 25% of all dashboard views come via Tableau Mobile, helping the workforce stay connected to key data at all times, regardless of where they are. This fast, simple access is central to El Al’s goal of becoming a fully data-driven company in the near future.

“We’ve got a long way to go but we’re getting there,” concludes Ido. “Thanks to Tableau, one visualisation can now unlock powerful insights across all departments. By 2020 we also hope to automate many of our data processes, saving employees time and freeing them up to focus on much more critical business activities.”

Get Tableau Mobile for free now.