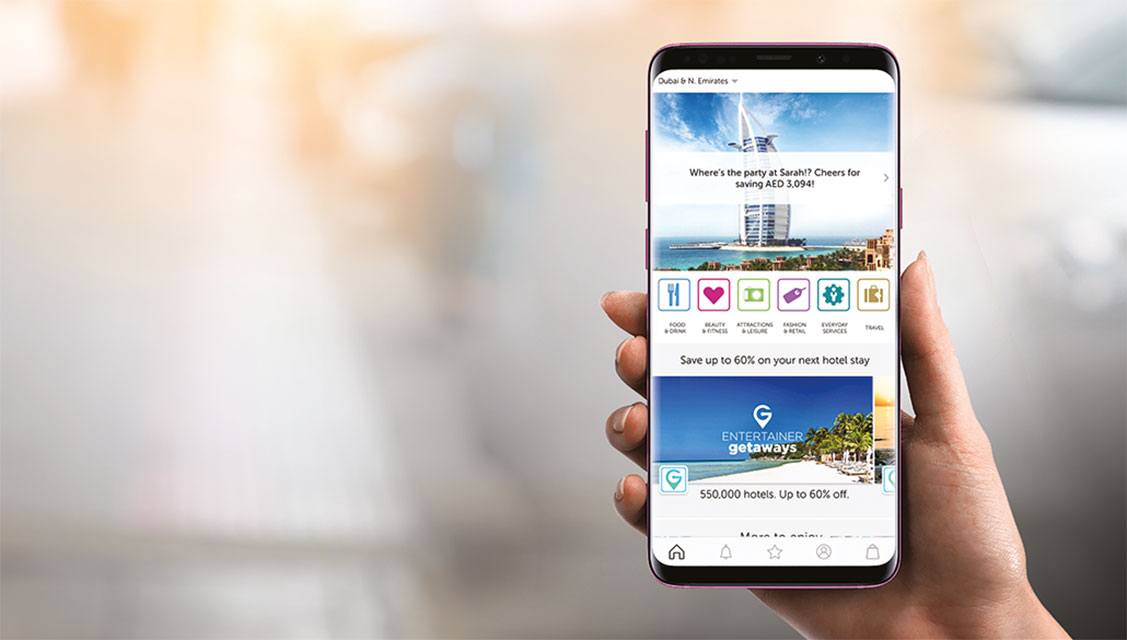 The ENTERTAINER is a global loyalty and rewards solutions provider. Partnering with over 10,000 merchants in 15 different countries, it offers consumers exclusive discounts and 2-for-1 offers on a wide range of activities, from dining and spa days to once-in-a-lifetime experiences. Since its foundation in 2001, the company has enjoyed phenomenal growth by virtue of a strong global partner network, a burgeoning corporate loyalty business, and a broad base of delighted customers.

In 2013, the company transitioned from print-based voucher books to a digital business model with the launch of the ENTERTAINER App. They had dropped voucher books altogether in 2017. This digital transformation led to a significant upswing in the amount of data the ENTERTAINER could capture from its customer base. The company now uses Tableau to effectively analyze this data, share key insights with merchant partners and work with them to create even better offers for customers. It also uses Tableau to help streamline operations, improve efficiency and proliferate a new data-driven culture throughout the business.

Tableau has the capability to blend data from different sources. It doesn't need the strict data warehouse that most of the BI tools require, making it much more versatile.

As a global loyalty and rewards service provider, the ENTERTAINER places significant value on the caliber of merchant partners it works with and the relationships it has with them.

“Without our merchants, we don't have a product, so keeping them happy is paramount” explains David Ashford, CIO of the ENTERTAINER. “So, what do our merchants want? They want good quality footfall in a timely manner and for us to provide them with as much information as possible about their customers.”

Using data generated through the ENTERTAINER App and analyzed in Tableau, David and his team can build up customer profiles and provide a level of insight to merchants that was never previously possible: “We have a general policy that we never ask customers anything that we think we can learn for ourselves,” explains David. “So, we’ll use Tableau’s mapping tools to visualize where a person's sessions are at certain times of certain days of the week, helping us to understand where they live and work, and what they like doing at weekends.”

“We use this data to provide better user experiences, recommendations and customization, but we can also provide it to our merchants, in accordance with the GDPR and DPD data protection regulations.”

“While we don’t ever provide customer identity, we create different audience subsections and help our merchants to refine their offerings based on insights in each one. For example, analysis in Tableau may show us that women between the ages of 25 and 30 regularly search in the App for restaurants with valet parking, or men between the ages of 40 and 45 often look for restaurants with outdoor cooling. This sort of insight is extremely valuable to our merchants.”

Tableau analysis also allows the ENTERTAINER to benchmark its merchants in key categories: “A Spanish restaurant in Bishop's Gate, London, for example, might want to see how it compares to all other Spanish restaurants in London. With Tableau, we can provide this kind of information through our merchant portal. They can then use it to understand how they stack up against the competition and to measure the ROI of being part of the ENTERTAINER network.”

This kind of dialogue and flow of information between the ENTERTAINER and its merchants helps to greatly strengthen key relationships and ensure the merchant lineup remains strong, relevant and healthy.

The intelligence that we get from Tableau is adding huge value by allowing us to make better, faster decisions, that don't cost us much to analyze.

Before the ENTERTAINER launched its mobile app, 90 percent of its sales took place through retail channels, meaning the company had very little data on who its customers were.

“We knew something about the 10 percent of customers that were buying from our website, but the 90 percent that were buying the voucher book in their local supermarket, we had no idea about,” says David. “We also had no idea which of our restaurants or merchants were popular, how many redemptions were being made or by whom. We had very little data at all.”

However, as soon as the app launched in 2013, the company quickly found itself with the opposite problem.

“Redemption of an offer through the App is perfect data,” says David. “We get everything we need from an App redemption that we would never get through a print redemption. So as soon as the App was up and running, we started getting all kinds of data coming that we needed to effectively process and analyze.”

David and his team began by categorizing the data into three distinct categories, before storing it in relevant databases and data warehouses within the network.

“We've got master data, which is our merchants, outlets and offers, and transactional data, which is user registrations, product sales and redemptions,” explains David. “Everything else we classify as big data, which includes things like App sessions, web analytics, demographics, search, the way people are searching inside the app etc.”

Master data and transactional data is stored in a MySQL database, while big data, which is currently housed in MongoDB, is being migrated to a SQL data warehouse on Microsoft’s Azure platform. This means information from all sources can be pulled directly into Tableau for fast, effective on-demand business intelligence and analysis.

“One of the main reasons we selected Tableau over other BI products is because of the capability it has to blend data from different sources,” explains Vicki Gounari, Head of Information at the ENTERTAINER. “It doesn't need the strict data warehouse that most of the BI tools require, making it much more versatile.”

“The intelligence that we get from Tableau is adding huge value by allowing us to make better, faster, more informed decisions,” adds David.

In the past, people only wanted basic reports, but with so much App data and big data coming in now, frankly, the only way to understand it properly is through visualizations. That’s where Tableau is really coming to life for us.

Tableau’s automated functionality has also had a significant impact on the amount of time being wasted on manual reporting within the company.

“We quantitatively classify our merchants on a regular basis, but prior to Tableau we had to restrict this to once per month due to the amount of time the reports would take to produce,” explains Vicki. “With all the data needing to be pulled from Salesforce and manually curated, it could take up to four man-days to produce each one.”

Switching to Tableau has enabled Vicki to automate the entire process, meaning reports can be produced daily now.

“Now it's done daily in Tableau, meaning our decision making is far timelier,” says Vicki. “Furthermore, it costs nothing to do because it's all automated.”

When the ENTERTAINER decided to go digital, it received investment from a private equity firm along with a value creation plan that was very simple; apply technology into the company to deliver efficiencies, achieve scale, release new revenue streams and increase competitive advantage.

“Since I joined the ENTERTAINER in 2012, we've digitized the entire business in just four years to become a pure data company,” says David. “The insights that we're gathering now on our customers through tools like Tableau [are] enormously valuable and we're realizing new revenue streams all the time with that data.”

One of the key steps that David took after joining the company was to create a new department called e-business, replacing the conventional IT department with a forward-thinking group of strategists and data scientists that use IT as an enabler, not a barrier.

“With the creation of the e-business team, we restructured our entire company, shifting the culture and acceptance of change along with it,” says David. “Now our teams get data, they consume data every day, they're hungry for it. We don’t have to try and influence them because they understand its value.”

“Once that culture change took hold, implementing Tableau became a natural next step. It gives people beautiful visualizations and makes it very easy to consume the data they need.”

“In the past, people only wanted basic reports, but with so much app data and big data coming in now, frankly, the only way to understand it properly is through visualizations. That’s where Tableau is really coming to life for us. Now pretty much our entire business is using it in one way or another, in every one of our regions.”