What is infrastructure? The Economist defines it concisely as, "The economic arteries and veins. Roads, ports, railways, airports, power lines, pipes and wires that enable people, goods, commodities, water, energy and information to move about efficiently."

Chris Gage, Director at Turner & Townsend, a leading global programme management and construction consultancy, explains how Tableau enables him to make data-driven decisions about world-wide infrastructure projects and investments during his Tableau Conference on Tour session this week.

Infrastructure is a complex topic with a vast amount of data. Using Tableau has enabled Chris to condense the large quantities of information down to relevant insights. Prior to Tableau, he relied on tedious Excel reports that failed to tell a compelling story and did not enable control over the content once issued.

Turner & Townsend uses Tableau primarily for decision-support. Chris is able to draw simple insights from mountains of data to bring clarity to his decision-making. "Tableau’s visualization prowess combined with server and mobile deployment makes evidence-based decision-making quick and intuitive", he explains. The visualization and storytelling capabilities also help to convince clients and influence public opinion by explaining complex topics in an engaging way.

During his Tableau Conference on Tour in London session he walked through several infrastructure case studies. First up, the Thames Tideway project. In this dashboard Tableau is used as an infographic, but with the added benefit of being interactive rather than static. 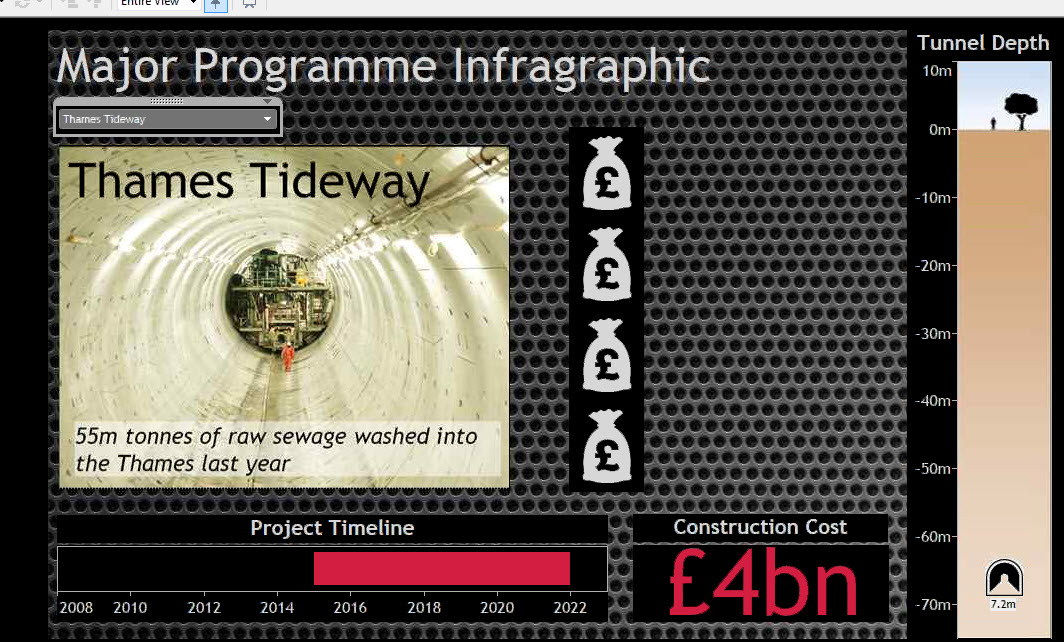 He also built an investment decision model in Tableau. Users can decide on thresholds based on importance of priorities vs. performance. Chris explains his motivation for building the visual model bluntly when he states, "The answers are in the data." 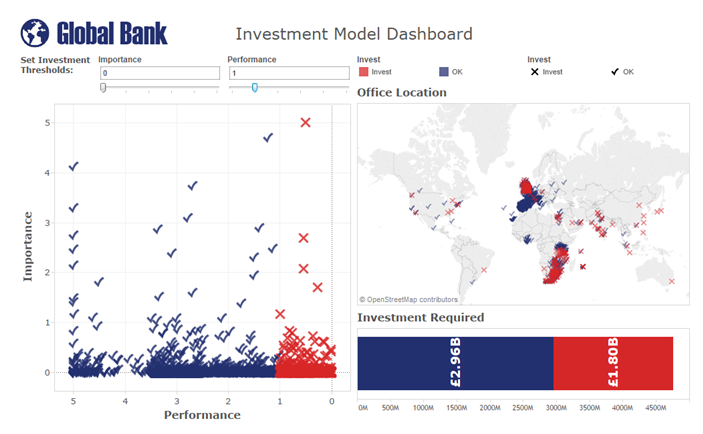 In the third example Chris is able to demonstrate rail station usage across the UK. These help his clients understand which stations may require more maintenance and government funding. 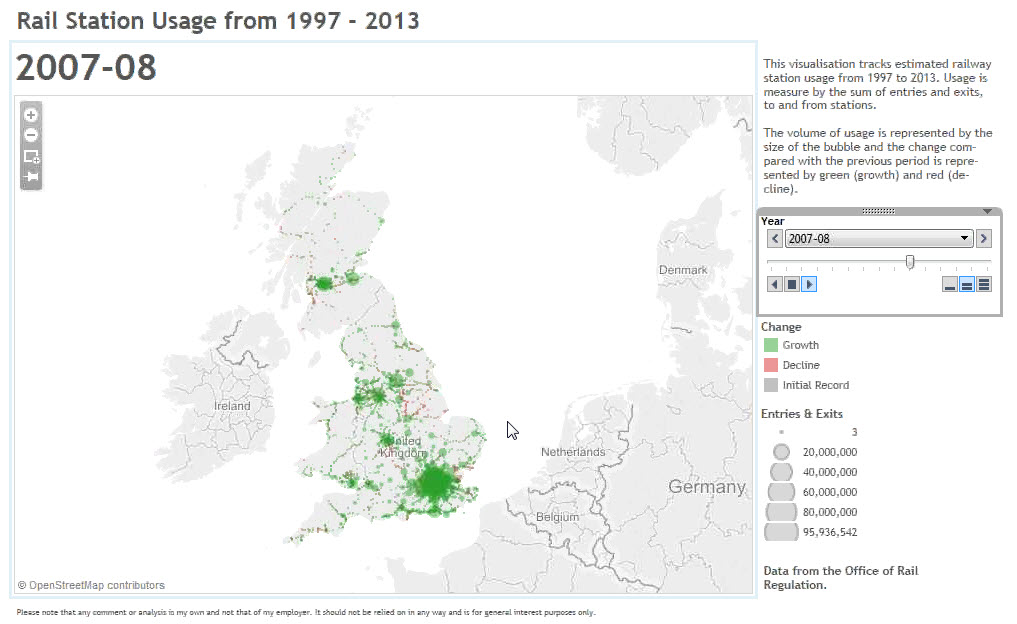 Chris says the results were astounding. After just a matter of hours the recent college graduates who had never touched Tableau had created insightful reports from enormous quantities of data. The ability to condense complex data into a clear story is an invaluable career skill in the data-heavy world of infrastructure. Chris expects to continue to incorporate Tableau into his hiring process given the success of the trial.

His conference talk came full circle from using Tableau on-the-job to using it to get the job. You can view Chris' presentation slides on his blog here.