In the newest version of Tableau (2018.2) we introduced a new spatial intersection join type. To support this feature and to lay groundwork for more advanced spatial analytics in Tableau, we are making a change in the way that Tableau draws lines and polygons.

You may not have even noticed this difference when you open your workbooks in Tableau 2018.2, but this change makes a big difference for everyone working with maps—so much so that we wanted to share a little more about what we’re doing under the hood.

Until this release, Tableau (and most other software working with spatial files) treated all connections between points as straight lines on a map. To show the differences, consider the path between LAX airport and the London-Heathrow airport.

This is how the path would appear in Tableau 2018.1 and earlier: 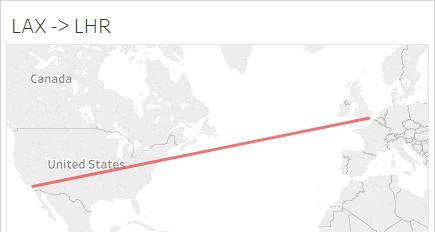 As of Tableau 2018.2, we’re rendering spatial lines and polygons to match the semantics of the data source! What does that mean? It means that if you’re working with one of the data sources that thinks that a line connecting two points on the map should be a great circle route, we’re going to render a great circle route (the shortest path connecting these points on the sphere)! 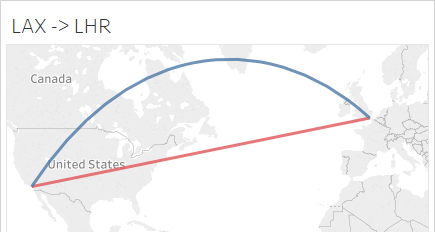 If you’re working with a data source that thinks that a line connecting two points is just a straight line on the simplest rectangular projection, we’re going to render that line, but we’ll show it as it would appear on the Web Mercator map projection of our base map. That usually means at least some curvature, but as you can see from this image of the flight path between LAX and London-Heathrow, it’s hard to see difference unless you zoom in closely. 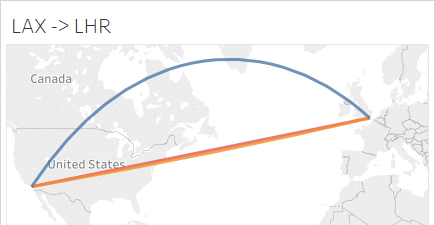 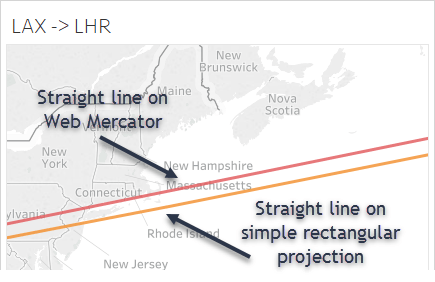 Besides the fact that it’s pretty cool to be able to quickly create great circle routes on a map, this change also addresses some practical needs for performing proper spatial analyses.

So, what does this mean for you?

You may not even notice a difference when you open your files in Tableau 2018.2. Most spatial data files don’t have line segments or polygon edges that are long enough to show a difference between a straight line on the map and a great circle route, but if you have datasets with long lines or polygon edges in them, you may notice that they are no longer ‘straight’ on our map.

Since we’re treating lines and polygon edges based on the semantics of the data source, that means that you’ll either see the lines and edges as: 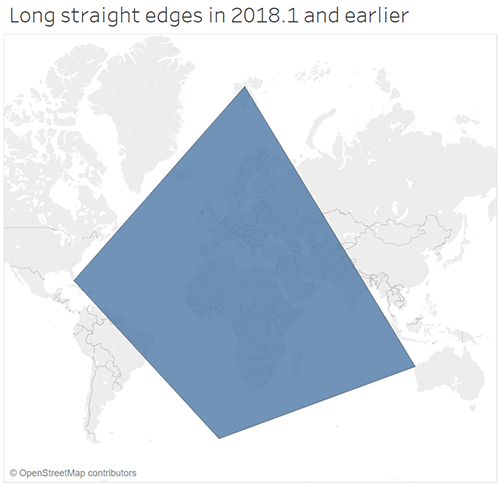 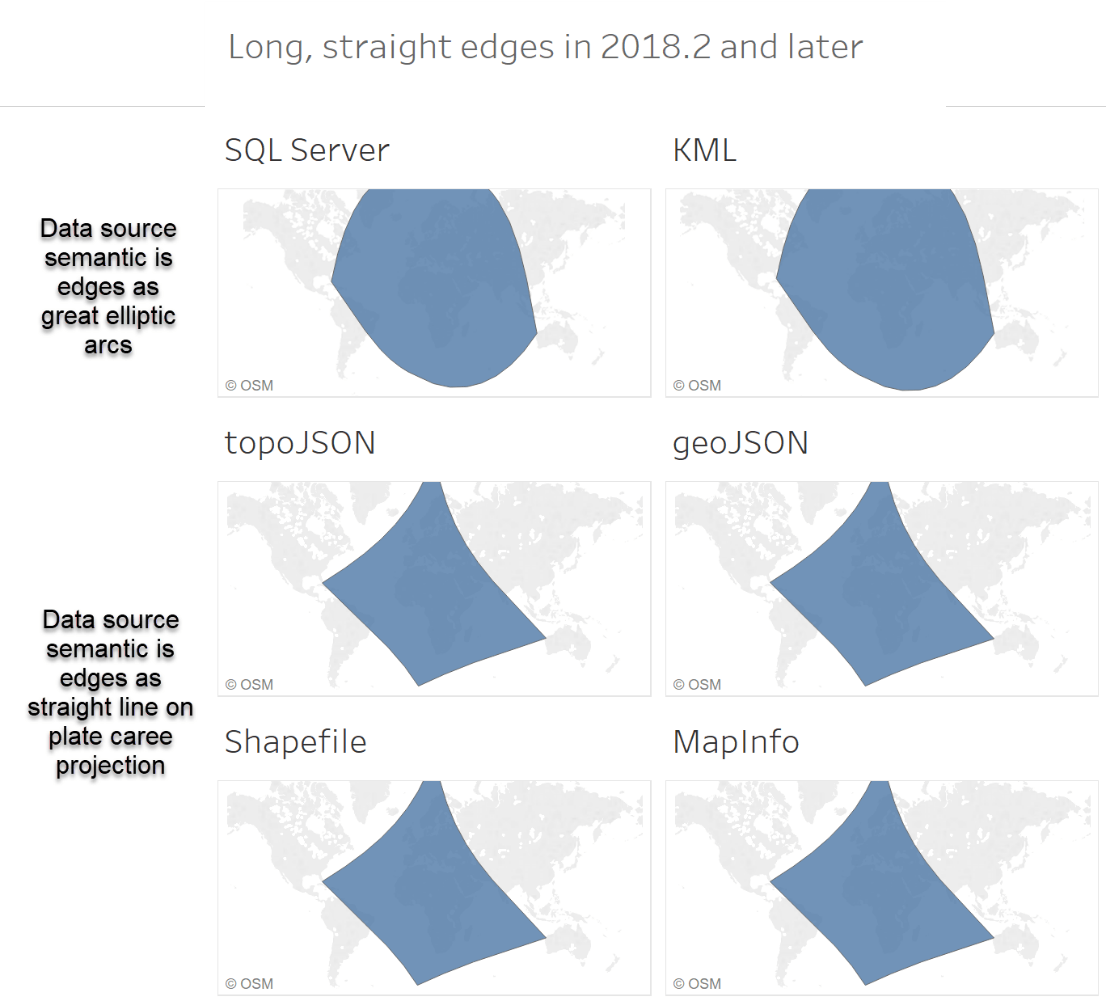 What if you really want long straight lines on the map?

Sometimes you really do just want long, straight lines connecting points on the map—for instance, to simply delineate a large square area of interest on the map, or just show connection between two locations without needing the shortest path on the sphere. If that is the polygon or line that you need for your dataset, you just need to do a little pre-processing on your spatial file. The trick is to just add some new points on the long line segments so that they are straight in Web Mercator. All you have to do is open your dataset in a GIS, like QGIS, change the map projection to Web Mercator, and use the vector tools to densify the geometry. That will add a bunch of new points along the line in the Web Mercator coordinate system, so then when we render it in Tableau it’ll be straight lines on our base map!

We hope that you enjoy the new spatial functionality–and spatial accuracy–that we’re introducing in Tableau 2018.2 (and beyond)! Get the newest version of Tableau today.