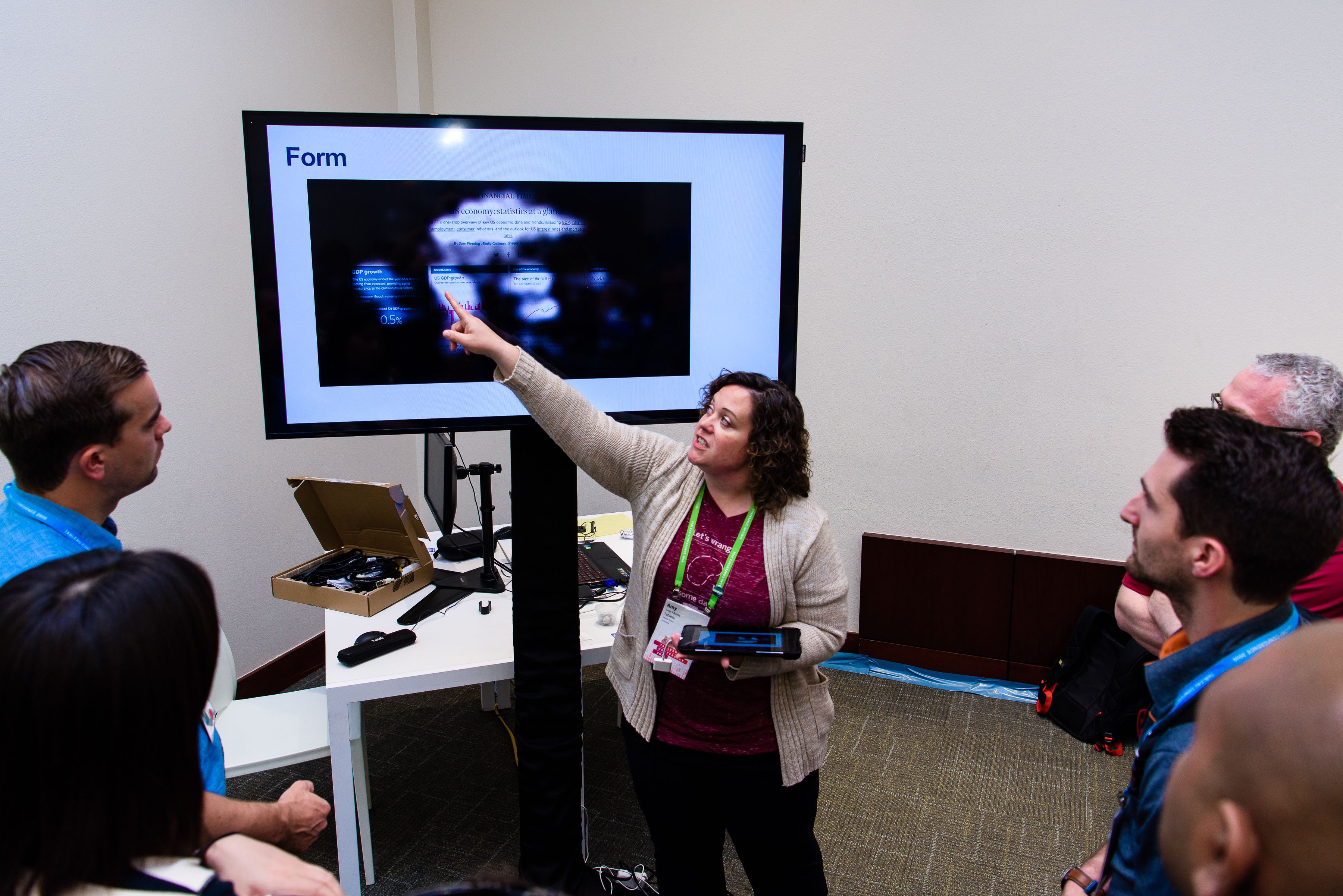 The Tableau Research and Design team is always eager to learn from our amazing customers. Last year, our team hosted the first Tableau Labs at Tableau Conference 2016 with the intention of conducting real-time research with conference attendees. One activity garnered an incredible amount of attention: the Dashboards Eye-Tracking Station.

The question we had was simple: can we predict where people look when exposed to a dashboard they’ve never seen before? Translated into a customer’s voice: how do I, as data analyst, design visually compelling dashboards? We developed our hypotheses on concepts derived from cognitive psychology and established UX design principles. We expected to see certain design elements draw visual attention over others, but we also expected to learn something new. To our satisfaction, the study didn’t disappoint!

We didn’t give participants a task for this Tableau Labs activity, but that doesn’t mean our participants were not goal-directed. Humans are “meaning-making” animals; we can’t stop ourselves from finding a purpose. Every person looking at one of these dashboards had a task, we just didn’t know what it was. Perhaps it was “look at all the crazy stuff people create with Tableau?!” Or, “I wonder what kinds of data power plants collect?” Given this setup, we only explored what happens in the case of an unknown task, when the dashboard is novel to the participant.

Before we get into the details of the results, it’s important to note that some of these conclusions are not very surprising. People who have studied design would be able to predict the visual attention certain common dashboard design elements receive. However, what’s special about what we found is there seems to be a hierarchy to the things people are inclined to look at. Without further ado, here are five of those results:

This dashboard was built by Dundas Data Visualization and is featured in The Big Book of Dashboards.

There were other dashboard design elements we thought would get attention (e.g. logos, icons, titles) but the data was not strong in their favor. We think the reason has to do with a combination of context and visual priority order. Context is a person looking at a business dashboard. At some level, they are primed to look for numbers. Given that priming, it’s not surprising that large numbers received such high amounts of visual attention. Also, our brain’s visual attention system is built to look for contrast. So something large and/or high contrast is simply more compelling than other design elements.

What does this study mean for you

The data from our study illustrates where people look on dashboards when the task is not clear and context is not set. A bit unrealistic? Maybe. Yet, there are two scenarios customers experience with their dashboards where we think this data could help:

An analyst makes a dashboard that is sent to someone s/he doesn’t know. The most common version of this situation is a dashboard that’s created for a C-level executive. There’s a sense of urgency to communicate efficiently and effectively; to impress and convince. Can you get that exec, whom you’ve never met, to see what you want them to see, in the 10 seconds they’ll give the web link to your dashboard in their email? We suspect some of these design techniques could help you with that.

There are dashboards that receive intermittent, periodic attention. For these, although the viewer is familiar with the dashboard, they have not habituated to it. The lack of habituation likely results in the viewer needing to reorient, to look around, to find the data they need. In this case, their initial visual attention pattern will likely drift toward elements we identified in this study.

What we want to do next

Like any good research, this study surfaced more questions than it answered. We are planning a number of studies to investigate some of the more intriguing things we learned. To name a few:

We’re excited to learn more and hope to provide valuable insights to our community and beyond. And if you’d like to learn more about the dashboards we used in this study (and others), check out The Big Book of Dashboards, co-authored by Tableau’s Andy Cotgreave.