How to build a data culture within government

Data is not only transforming our world but also how data relates to the democratic process. Despite the trend, much of our government data goes unused and under-analyzed. As a response to this challenge, the Federal Data Strategy looks to transform the way in which agencies deliver on their missions, serve the public, and steward resources. Are you setting your agency up for analytics success?

Watch this live webinar to learn how to develop a data strategy that centers around agility, proficiency, and data-informed decision making. Begin to create a data culture that powers effective policy and program management for years to come.

Watch and see how to: 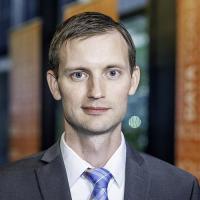 Nick Hart is the Chief Executive Officer of the Data Coalition. He helped to craft the milestone Foundations for Evidence-Based Policymaking Act, including the OPEN Government Data Act, and has worked with numerous federal agencies and congressional committees to design effective data, evaluation, and privacy policies over the past decade.

Prior to joining the Data Coalition, Hart was Director of the Bipartisan Policy Center’s Evidence Project. In that capacity, he championed a strategy for implementing the bipartisan recommendations issued by the U.S. Commission on Evidence-Based Policymaking. Hart previously served as the policy and research director for the commission, overseeing the policy and research team and leading development of the commission’s final report, The Promise of Evidence-Based Policymaking, for Congress and the President in 2017.

With nearly a decade of experience in the federal government, Hart worked on a wide range of issues including social security, disability, anti-poverty, environmental, energy, economic development, and criminal justice policies. He served at the White House Office of Management and Budget (OMB) as a senior analyst and special assistant, writing executive branch budget proposals and encouraging increased capacity for evidence-based practices across government. He also served as OMB’s representative on the White House steering committee for President Barack Obama’s My Brother’s Keeper Task Force.

Hart has spoken widely about the need for government capacity to facilitate using data to inform decision-making inside and outside of government. He is an expert in federal policies related to data, evaluation, statistics, science, and privacy. In 2019, he received the FCW Federal 100 award.

Hart is an adjunct professor of program evaluation at George Washington University. He serves on the boards of the Data Foundation and the Washington Statistical Society. He also chairs the American Evaluation Association’s Evaluation Policy Task Force. 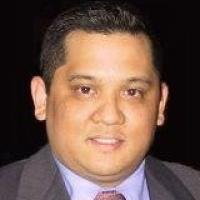