Visualize No Malaria crosses new frontiers in fight against disease

Today is an exciting day for Tableau Foundation! We're joining with PATH to expand the Visualize No Malaria initiative in up to 6 countries, which will cover 60 million at-risk people in sub-Saharan Africa.

For me, today is one of the most exciting days in the history of Tableau Foundation. At the World Malaria Day event in Paris we announced that Tableau, along with our partners at Mapbox, Exasol, and Alteryx, are helping PATH expand the Visualize No Malaria initiative in up to six countries. The collective $4.3 million software and services grant will help eliminate the threat of malaria for an estimated 60 million at-risk people in sub-Saharan Africa.

Visualize No Malaria is an initiative we’ve been involved with almost as long as the Tableau Foundation has existed. It started as an idea for using data and analytics to make decision making easier for local health officials and community health workers. That quickly became a pilot in Zambia’s Southern Province during which Ministry of Health staff followed up their Tableau training with an explosion of innovation in dashboard design, data quality control, reimagining processes at both the village and district level, and using advanced mapping to ensure that they have the data and insights to stay one step ahead of the disease.

They’ve led a campaign to trace buildings and create machine readable maps of every structure across the Livingstone District, worked with Tableau Zen Masters to explore the potential of predictive analytics, and even created ways SMS technology could bring key insights to the cell phones of thousands of community health workers making their daily rounds. Four years later, the government has maintained 85% reductions in reported malaria cases and 92% reductions in malaria-related deaths across Zambia’s Southern Province—affecting the equivalent of about 1.8 million people.

As the project expanded to neighboring Zambian provinces, the government of Senegal opened up a new innovative front as it adapted the Visualize No Malaria program for its own needs, developing new dashboards with more functionality. The result was a similar 60% drop in reported malaria cases across a northern Senegal population of 1.8 million in just two years. Many of which were later adopted back in Zambia, furthering a locally-owned process of innovation and collaboration. And because so much of the program is rooted in local knowledge and expertise, it was hardly a surprise to us when Visualize No Malaria received the World Geospatial Excellence Award for the innovative use of location data in the fight against malaria.

Along with our partners at PATH, we’ve been thrilled to support a group of Ministry officials, district health officials, and community health workers using real-time data to make everyday decisions that are driving and keeping down malaria infection rates at unprecedented levels. 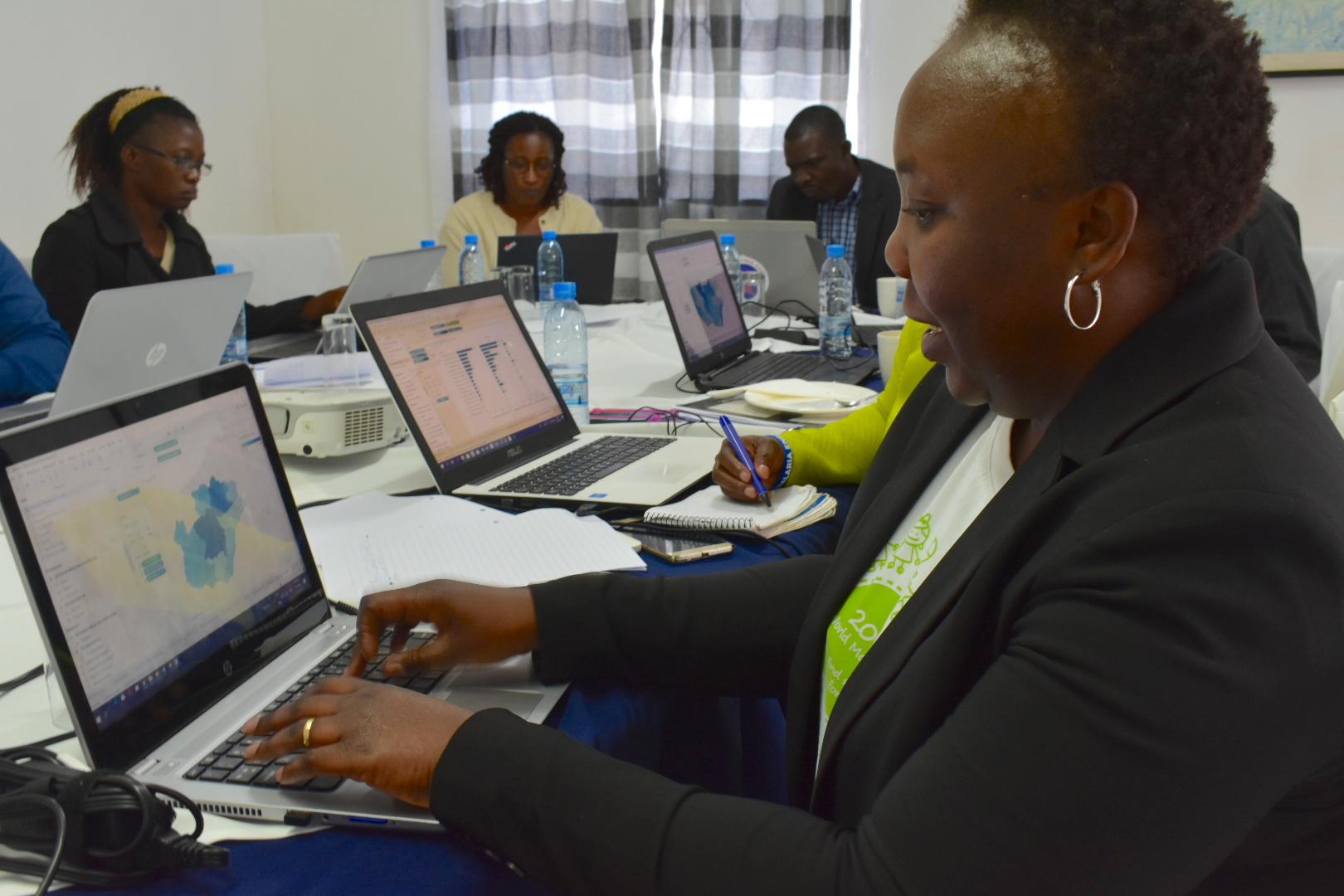 That’s why today is so exciting. This grant, plus an additional $2.5M in funding through PATH’s country and agency partners will make it possible to:

We’ve seen how this technology can empower individual Ministries of Health to combat the disease, but the next step in fostering collaboration between countries across international borders. That’s where those second and third points come in. In this next phase, PATH and the governments of Senegal and Zambia will continue working with neighboring countries to explore the legal frameworks needed for effective data sharing.

“Senegal's National Malaria Control Program sees new tools to make data faster and easier to use and act upon as critical to helping us win the fight against malaria,” said Dr. Doudou Séne, Director of Senegal’s National Malaria Control Program, “With this new commitment, we can increase the number of districts where we use the Visualize No Malaria solution and make informed, real-time decisions across the nation, as well as support our cross-border collaboration with The Gambia.”

For The Gambia, which is at most 48km wide but shares a 749km border with Senegal, this data sharing agreement could functionally serve as a nationwide rollout of the program. By contrast, Zambia shares international borders with eight different countries, and while not all are part of the Elimination Eight group of countries working toward malaria elimination, many of those that are have shown interest in working together. This type of data sharing framework—sometimes referred to as a data commonwealth—reflects a growing trend we’ve seen among public-private-NGO partnerships in search of a shared space for impactful collaboration.

This is an exciting time for the global health community and for tech companies who want to make a difference as we’re able to see what is working and what will benefit tens of millions more people than it already has. For the thousands of people working to eliminate malaria—like the men and women featured in the video above—having valuable, reliable data at their fingertips helps them save lives. Along with all of our technology partners, we’re proud to help them in their work and encouraged that we’ll see the end of malaria in our lifetimes.

Kimberly Chan 25 Octubre, 2022
Data is critical to any decision, like a kidney donation. Learn how Tableau dashboards educate the need to donate this important organ.