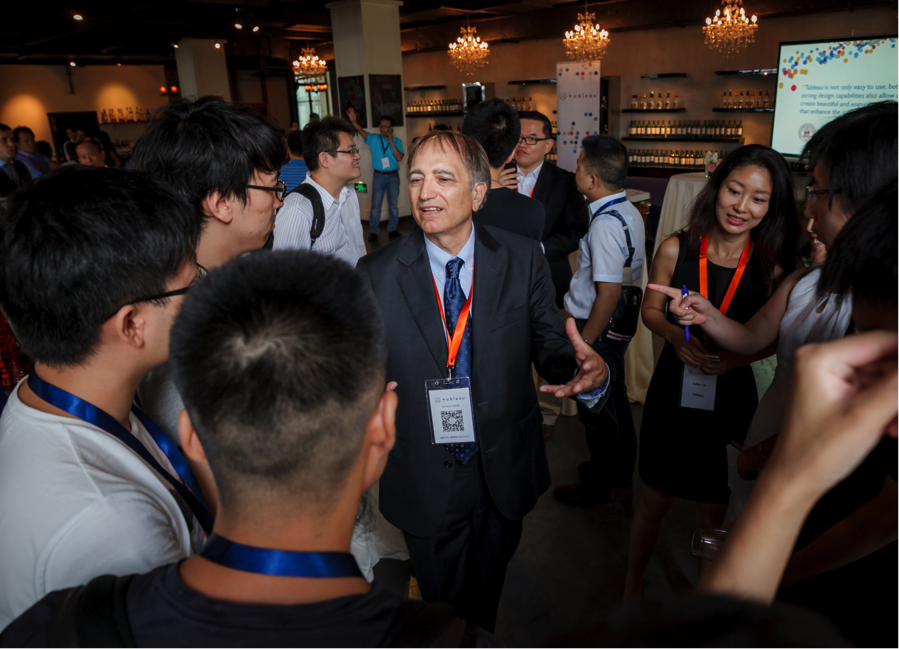 There are no boring building roofs in Shanghai. Because “everything needs a proper cap,” says Thomas Yap, who leads the charge to establish Tableau in China. So to put on a “proper cap," Tableau co-founder and chief scientist Dr. Pat Hanrahan and I travelled to Shanghai to officially launch our operations there.

The celebration kicked off with a traditional breakfast. Then Pat Hanrahan had the chance to share his journey and vision with the entire APAC team. It is fascinating to hear how quickly this vast and diverse region has embraced Tableau.

But Tableau’s most impactful years are still ahead, said Pat, citing Pixar as an example. It took 15 years to develop the technology to create Toy Story (which, incidentally, is celebrating its 20-year anniversary), but it was 10 years after Toy Story came out that the real technological transformation of Hollywood took place. (And Pat would know. He won two Academy Awards while working at Pixar.)

Pat sees the same thing happening in data. And the transformation has already begun, with people and organizations all over the world embracing data to make better decisions. 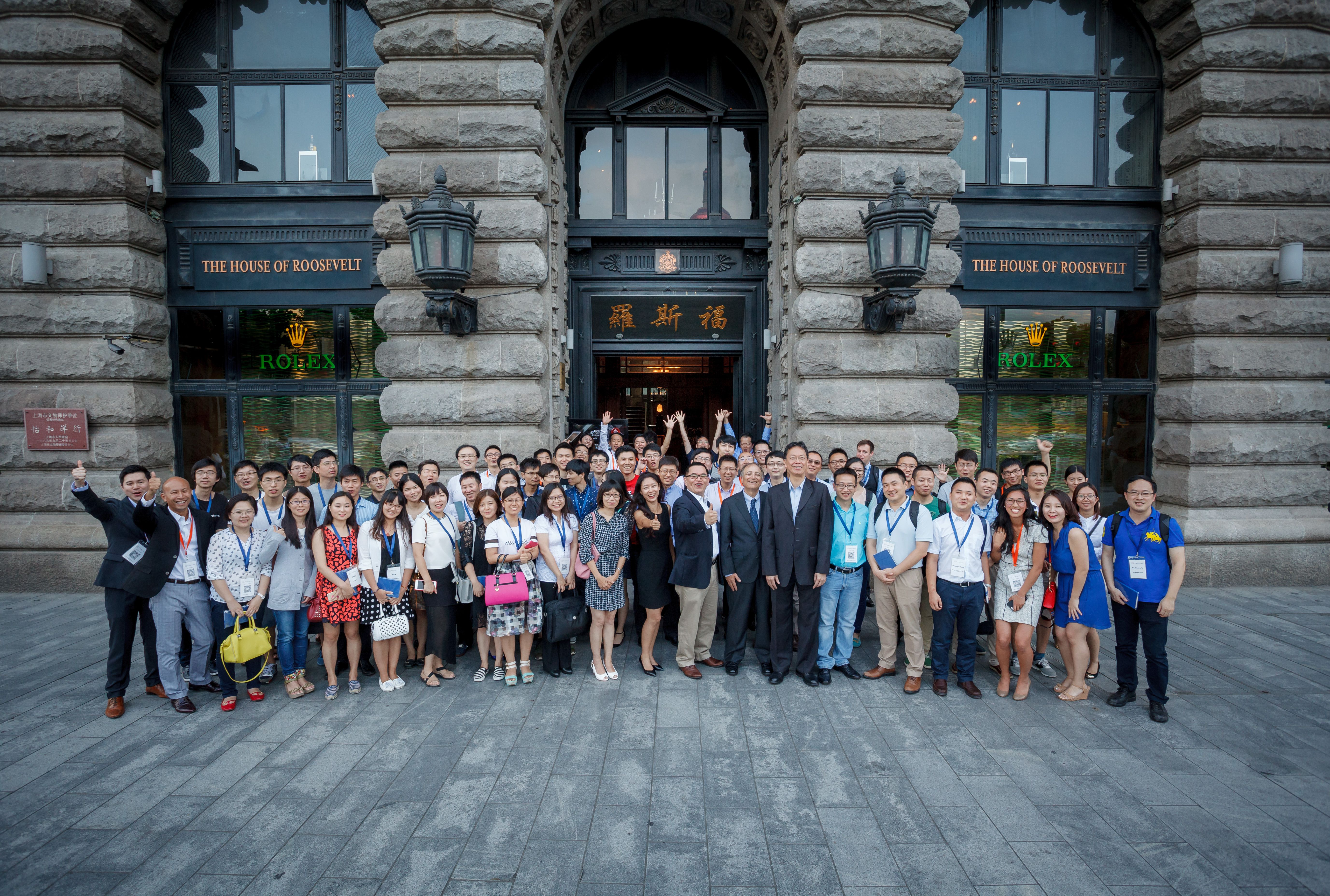 Here we are with our customers.

On the next day, we held our inaugural customer appreciation event at House of Roosevelt on the Bund in Shanghai. The place is a neo-classical building originally built in 1920, representing the mixture of traditional and modern China.

More than 100 customers and partners joined us, and customer heroes from ICBC-AXA Insurance, Nike, Yihaodian, and Burger King shared their insights and best practices. Most of them had begun using Tableau fairly recently, and are championing a revolution in their organizations.

In China, the idea of empowering individuals with data is profound. Culturally, it is common for organizations to be very centralized; however, many organizations recognize that in order to compete and sustain incredible momentum, they need to be faster, more data-driven.

On the final day, we held a press conference with a customer, Dr. Liu Qing of Alcatel Shanghai Bell. He shared the incredible case study of Alcatel, a telecom company, via a Story Points presentation. With some 520 million people in China with smartphones, you can imagine the amount of data they have to analyze in a daily basis. Dr. Liu demonstrated how easily this can be done using a common PC.

Acatel looks at optimizing its network across 3G and 4G to serve their customers. One of the most compelling vizzes Dr. Liu shared showed how the company optimizes its signal for the use of the most popular social platform in China, WeChat, which we here at Tableau just joined.

All in all, it was fantastic to be part of this event see how people are pioneering the data revolution in this part of the world. Ganbei for Tableau, China!