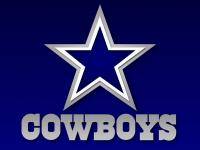 Dallas Cowboys Merchandising COO Bill Priakos is quite a guy. Starting with his background in big-time retail and now after 13 years with the Cowboys, he's built one of the world's most preeminent sports merchandising machines. And you know what? He also doesn't take any "cowpie" from anyone (I think that's the nice way of saying it in Texas).

So when Eric Lai of ComputerWorld recently decided to tell the story of how the Cowboys use Tableau as the business intelligence software against 4 separate operational systems, it makes for compelling reading.

Priakos has vivid words to describe one of his key operational systems that just couldn't deliver integrated reporting and analytics. To quote Bill, "As we were going through the installation, they kept telling me, 'the BI piece is coming.' That turned out to be French for them not really knowing what they were going to do."

But then Bill goes on to describe Tableau. "It has taken a somewhat disappointing software installation on which we had spent multiple millions of dollars, and just by layering this software piece, [Tableau] made it run better, and let us find answers instantly."

The Cowboys are increasing retail sales and managing its growing business by using Tableau. In particular, by discovering new trends within his data, Priakos and his team improved the overall on-time ship rate to the high 90% from 70-something percent. Those are truly Texas-sized results.

And what's even better is that Teknion, a Tableau partner, was key in making these results happen. They helped the Cowboys get their 4 different systems (referenced in Lai's article) organized and then helped the Cowboys get productive with Tableau fast. Teknion did impressive work. I remember when talking to Bill, he commented specifically about Jonathan at Teknion. Bill mentioned his experience when Jonathan was showing Bill how the solution worked. It sounded like Bill was purposely asking Jonathan to do difficult things expecting Jonathan to say "You can't do that yet". But instead, Jonathan just kept doing them easily, quickly and right there in front of Bill's eyes. Kudos to Jonathan!

Check out the article here.