A savings of $20 million. That was the immediate benefit of a Tableau dashboard created by ASM Research for the Army National Guard. Founded in 1975, ASM provides professional services and IT solutions for government organizations—and has worked with such clients as the Department of Defense and the Department of Veterans Affairs.

In this video, experts at ASM Research, including Data Analyst Scott Cochran, describe the recent project that saved the National Guard millions of dollars. Says Cochran, “that makes me feel great because it makes me feel like I’m helping reduce the national debt."

ASM Research has contracted with the Army National Guard for about 30 years. When the long-time client asked ASM to create a dashboard using multiple data sources, the team decided to approach the project with Tableau.

The project's complex data environment and strong security needs presented a unique set of challenges for the team. 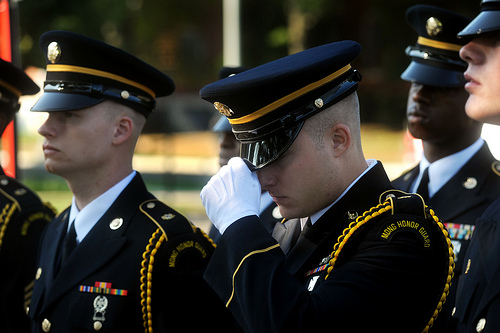 As Project Manager Justin Repoli explains, “there are probably more than 50 interfaces, so data is coming from multiple sources. It’s in different formats.”

And according to Matt Boyer, a senior application developer at ASM, “The Army National Guard has a 54-state model—that includes territories—and they don’t want anybody from one state seeing the data in another state. At the same time, at the national level, they want to see all the data.”

Despite the unique challenges presented by this assignment, the team created a successful dashboard in Tableau. The client had been using Excel for many of its data needs. With Tableau, says Boyer, “They were able to use the dashboard we deployed very easily, and they were very happy about it.”

“It sells itself,” concludes Repoli about Tableau. “It makes it easy for us to go to the client and say, ‘This is a solution that we have for you.’”

Find out how ASM Research is creating solutions for the National Guard and many others in the full story.