Maybe you've been trying to follow the election crisis in Iran. You probably know that traditional news media have been virtually locked out of the story and that Twitter feeds from Iranian citizens is one way people are staying informed (along with blogs and YouTube). If so, then you'll love this visual analysis from a trio of Tableau customers. Led by Logan Lynn of Interworks, they analyzed Tweets coming out of Iran regarding the election events there.

Logan got curious about the Tweets coming out of Iran and captured a day's worth of Tweets. He then used Tableau to visualize the data.

Later, Michael Cristiani of MIG and Joe Mako helped by crowd-sourcing additional visualization of the data. Logan added their work to his blog post. 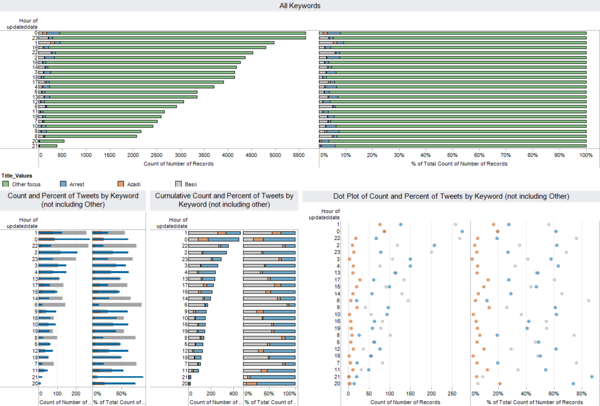 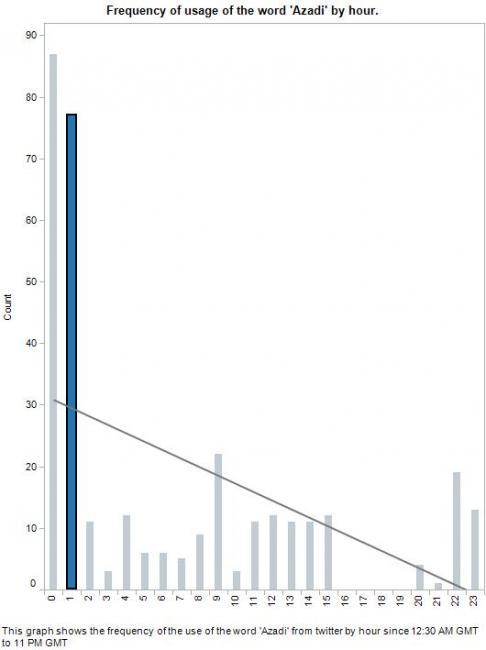