Tableau & MongoDB: Visual analytics on JSON at the speed of thought

We are thrilled to share that Tableau is partnering with MongoDB to make it easy for people to visually analyze rich JSON-like data structures directly in MongoDB. This is a story about the leader in rapid-fire visual analytics teaming together with the leader in modern databases for rapid application development to better serve users' needs. The partnership and integration has been driven by your desire to visualize MongoDB data with Tableau as exemplified by your requests on Tableau’s Ideas Forum.

A Sea of Unstructured Data

Tableau aims to help democratize data access by helping people see and understand data. It is widely known that 80 percent of the world’s data is unstructured or semi-structured data, much of which is stored in JSON format because of its simple syntax and conciseness. This growth of unstructured data will only accelerate over time because of the popularity of web applications, mobile devices, IoT and social media—all of which heavily leverage JSON data.

Integration with MongoDB for easy data consumption and analysis

Today, people generally move their MongoDB data into a relational database or Hadoop to transform it into a format that Tableau can interpret for analysis. Thus, fast and easy access for visualizing JSON data is a massive opportunity for empowering data-driven users and organizations.

MongoDB is a document database used for flexible web, mobile, and IoT application development. MongoDB enables organizations to build modern applications using dynamic schemas resulting in faster design iterations and greater agility. Not only is it the world’s most popular NoSQL database with more than 10 million downloads, it is also the fifth most popular database overall ahead of DB2, according to DB-Engines.

For the first time ever, people using Tableau can access JSON data stored in MongoDB via a new connector developed by the team at MongoDB. The connector first creates an initial relational view definition of the JSON data. Then, it either converts a SQL statement to a MongoDB Aggregation Pipeline query or a straight find operation based on the query.

MongoDB will soon announce beta availability of the connector, with general availability planned around the MongoDB 3.2 release late this year. During MongoDB’s beta, Tableau will be supporting the MongoDB connector on both Windows and Mac via our PostgreSQL driver.

Earlier today, Tableau’s very own Thierry D’hers, our VP of Program Management, joined MongoDB’s co-founder and CTO Eliot Horowitz on the big stage at MongoDB World 2015 in New York City (pictured below) to share our excitement in true Tableau fashion-with a live demo of Tableau + MongoDB. In the demo, we used FAA data to predict which attendees at the conference would have the most difficulty flying home. To see a sneak preview of Tableau + MongoDB in action, we’ve shared a recording of the demo below. 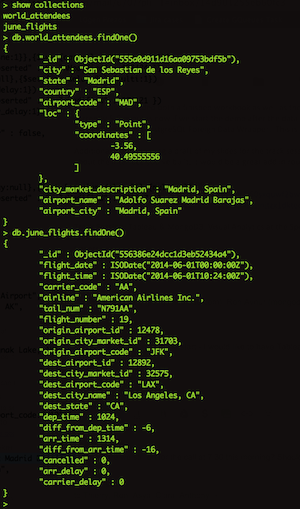 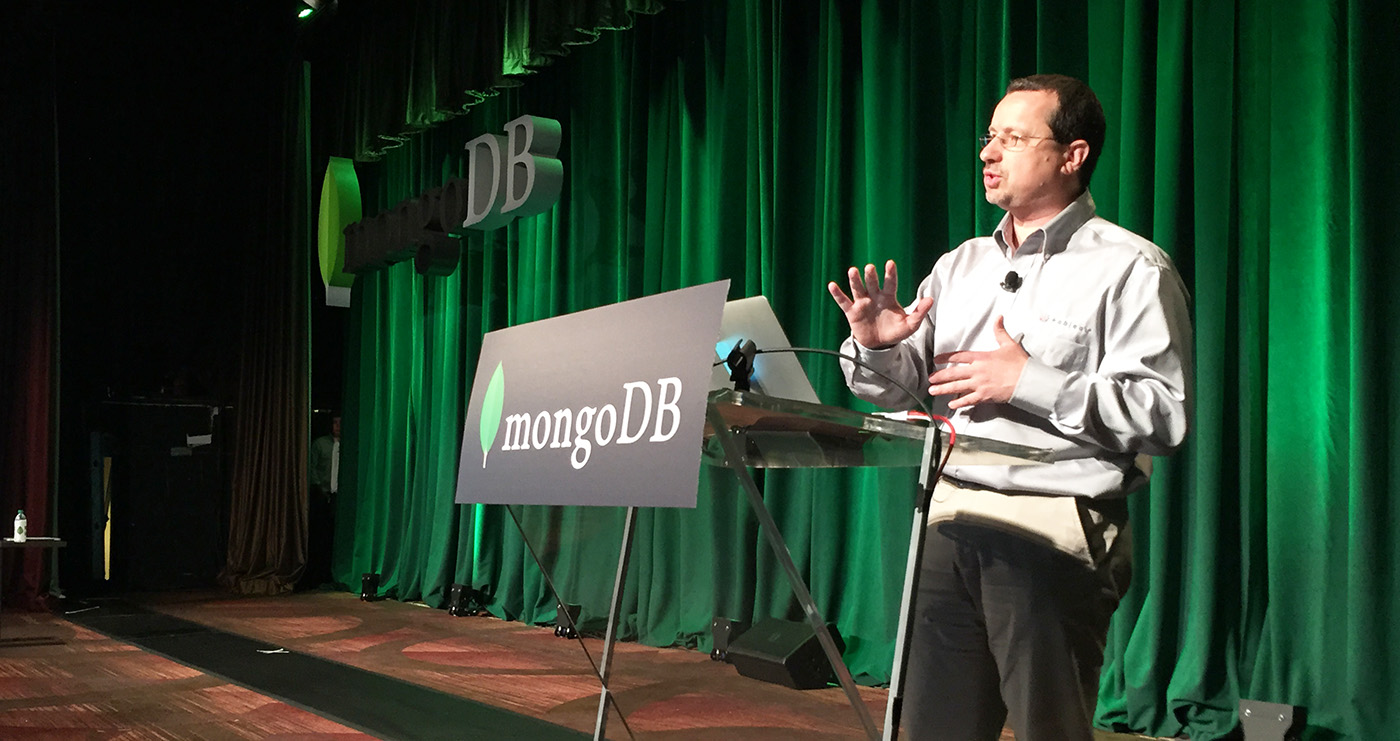 Read: To read more about MongoDB’s BI and visualization connector and its impact on users, please read MongoDB’s press release.

Respond: Do you have an interesting big data use case? We’d love to hear about it. Please reach out and let me know.

How does software like Tableau help analysts overcome the challenges of Big Data?

Tableau works with a large array of today's top technologies and software. Learn more about our integrations and data partners.

Tableau for the enterprise

Tableau's flexibility makes it a great enterprise tool. Learn how Tableau fits into your organization from an IT perspective.

Tell me about Tableau for Enterprise