Scaled from three to 2,900 Tableau users in four years

With more than 700 aircraft operating at least 4,000 daily flights, Southwest Airlines is the largest carrier of domestic passengers in the U.S. The airline captures data throughout their operations, from planes, airports, customers, crew members, and maintenance.

Previously, Southwest's data was siloed and maintained in different legacy platforms, posing a dilemma. Absence of an enterprise-wide view made it difficult to quickly consume, integrate, cleanse and analyze the swelling data, resulting in discrepancies, duplications, and multiple sources of truth.

The IT team selected Tableau to enable a culture of self-service analytics at scale and provide a secure environment to explore trusted data, bringing everyone on the same page. Tableau has connected the dots—from maintenance and finance to customer service—and real-time insights are driving efficiencies and casting light on opportunities, like where to add routes or how to reduce gate wait times.

Southwest now uses Tableau to capture and engage with the data needed to maintain excellent performance and ensure passengers have successful journeys. Through organic growth, they've scaled from three to 2,900 active Tableau users across 36 departments.

As Southwest grew, acquiring AirTran, adding to its fleet, and expanding internationally, they needed to shift to self-service analytics and customized business intelligence that scaled with the business and allowed them to react more quickly to growing data sets. Business groups needed an immediate and accurate understanding of the trips customers booked and flew and whether they arrived on schedule to ensure optimized on-time performance (OTP) and customer satisfaction. Without an enterprise-wide view of their data captured in real-time, Southwest couldn’t see how different parts of operations were performing to asses if they could do better for customers or keep up with competition, growth and change.

Previously, to understand their fleet performance, Southwest’s IT team manually pulled data from legacy systems and various sources, including Access, Excel, Oracle, SQL Server, and Teradata, its enterprise data warehouse. With 28 different departments generating and analyzing different data, information was fractured, making it difficult to get a complete picture of their performance. To complicate matters, not everyone had access to the same data, triggering different perspectives and confusion at times.

Tom Laney, business consultant with the Data Science Center team noted, “Our enterprise data was siloed all over the place. It was disparate, complex, some varying degrees of messy and clean; it was found in remote areas all over the company.” To connect it all, IT relied on SQL queries, which were difficult to update, maintain, and share. As a result, business groups had trouble integrating, cleansing, analyzing, and consuming the data.

With increased demands, Southwest approached Tableau to adapt from centralized data management to self-service analytics at scale. Three users began with Tableau Desktop and published reports to Tableau Server. They socialized their experience and organically grew adoption to more than 2,900 active users on Tableau Server in four years and 400 Tableau Desktop licenses.

“As soon as we started demoing Tableau, anyone who had analytically-savvy minds just had to see it,” explained Tom. The effects on the business were significant; faster time-to-insights helped Southwest quickly spot new opportunities, drive greater efficiencies, and increase time and cost savings.

IT supported the development of mini production areas, empowering people to ask and answer their questions through analysis. With Tableau now capturing data from disparate sources and generating dashboards that are automatically refreshed, analysts no longer spent days manually piecing together the data for reports and presentations that were hard to update, maintain, and share with others. The Operational Performance Department that is in charge of tracking OTP is now able to offer a near real-time, company-wide OTP every 15 minutes, tracking performance against historical activity. 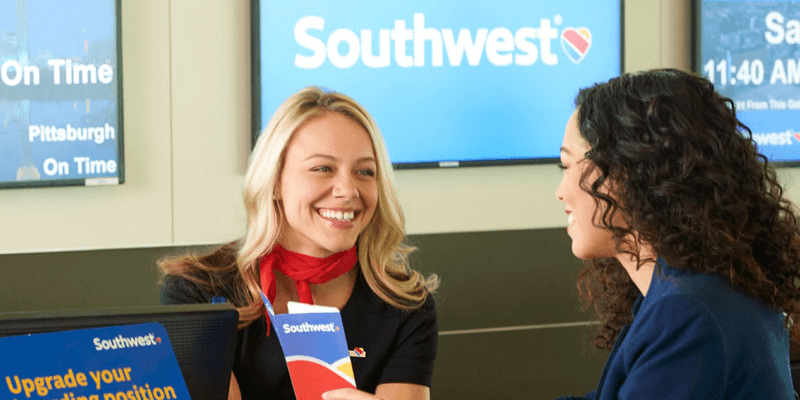 It's showing us is new opportunities to add routes that we may not have added otherwise.

All photos provided as courtesy of Southwest Airlines.

The Technical Operation Fleet Reliability Group provides insights on maintenance and engineering. To manage the overall health of Southwest Airlines’ fleet, the group analyzes data generated by Flight Operations, Ground Operations, Inflight and Technical Operations combined with data from the on-board aircraft system. Unfortunately, Excel and PowerPoint weren’t delivering the analytics that the team needed to address urgent requests and deliver answers about plane maintenance history to ensure the fleet operated at the highest standard.

Southwest achieved a single source of truth for maintenance using Tableau to drill into the data and see if aircrafts met maintenance standards, while also standardizing maintenance monitoring and increasing precision with real-time analysis. Their analysts have cut out days of work, no longer creating new monthly reports, while leadership is satisfied with immediate insights and answers.

The Network and Capacity Planning Group works with profitability data to analyze performance across routes, stations, and regions. Previously, this involved quarterly maintenance of a cumbersome, physical profitability binder, reflecting nearly 100 stations and more than 600 routes. It was an ineffective way for leaders to review the information and given the data volume, it quickly became outdated.

The team has created multiple visualizations with Tableau, including maps that reflect individual route performance, station performance and regional performance together, which help them make stronger capacity recommendations, including additions of new stations or routes. The team can now easily capture and analyze profitability data for consumption by the rest of the group along with senior leadership. Leaders like Allan Kavalich, Senior Business Consultant, Network Planning and Capacity Planning have experienced massive time savings and improved the effectiveness of day-to-day decisions. He said, “It’s been nice for my day-to-day job life; I basically have office hours where people from our group come over and I answer Tableau questions.”

More recently, the team analyzed zip code trends within customer data to better understand travel preferences for their passengers. They found that several customers favor nonstop flights from a further airport rather than traveling from the closest airport. Customer analysis uncovered new opportunities to add routes in the Los Angeles Basin, and Southwest is now satisfying customers with more direct flights from airports that are closest to their home.

It’s like giving you a flashlight, and you’re able to look at the corner of that dark room that you’ve never been able to see before.

Airlines face challenging decisions when trying to optimize fuel capacity because fuel prices vary from city to city. It’s a balancing act and sometimes more cost effective to purchase gas at a lower price and carry it onboard until needed versus having to refuel at a more expensive destination.

To offset higher-priced fuel and determine an optimal set of stations that Southwest should use for tankering, the team analyzed all 99 of Southwest’s stations with Tableau. There were many factors involved with assessing cost savings: the price per gallon at each location, cost differences to travel to and from stations, the number of flights each aircraft has flown, and airport fuel constraints.

Southwest ultimately discovered the 20 stations with the most potential to support fueling and savings, growing the total savings on tankering.

Southwest Airlines has seven reservation centers that handle customer requests and inquiries. These centers are supported by analysts based in headquarters. Recently, Katherine McCloskey, Senior Reporting Analyst in the Customer Support & Services department worked with regional team leaders to create a set of dashboards to track team performance over time.

During a recent process change, Katherine caught some outliers in the data. They revealed that the process changes impacted call volumes on another team. “Using the forecasting in Tableau I was able to catch that with the more resources and calls going into this area, another metric was going up, which was not anticipated,” shared Katherine. “The teams were able to make the changes necessary to then prevent any problems.”

We saw Tableau as more than just a great visualization solution. It can connect to our Oracle database, our SQL database, our Teradata database, and Excel all in the same place!