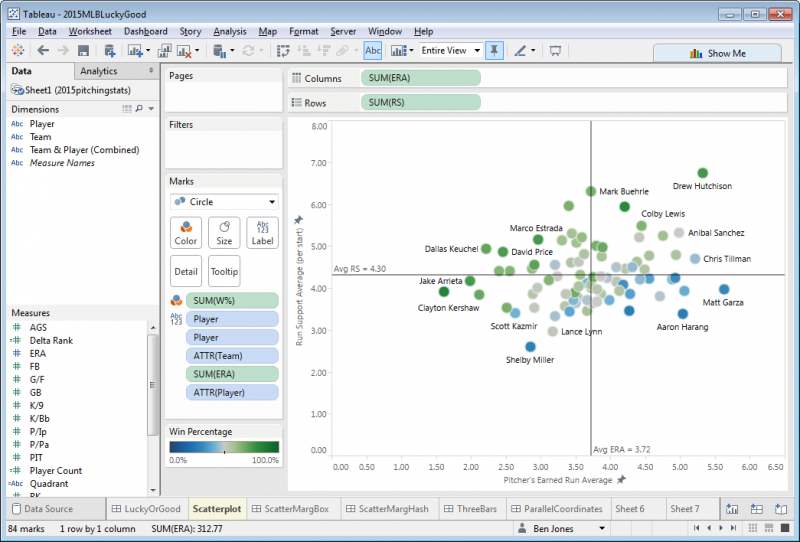 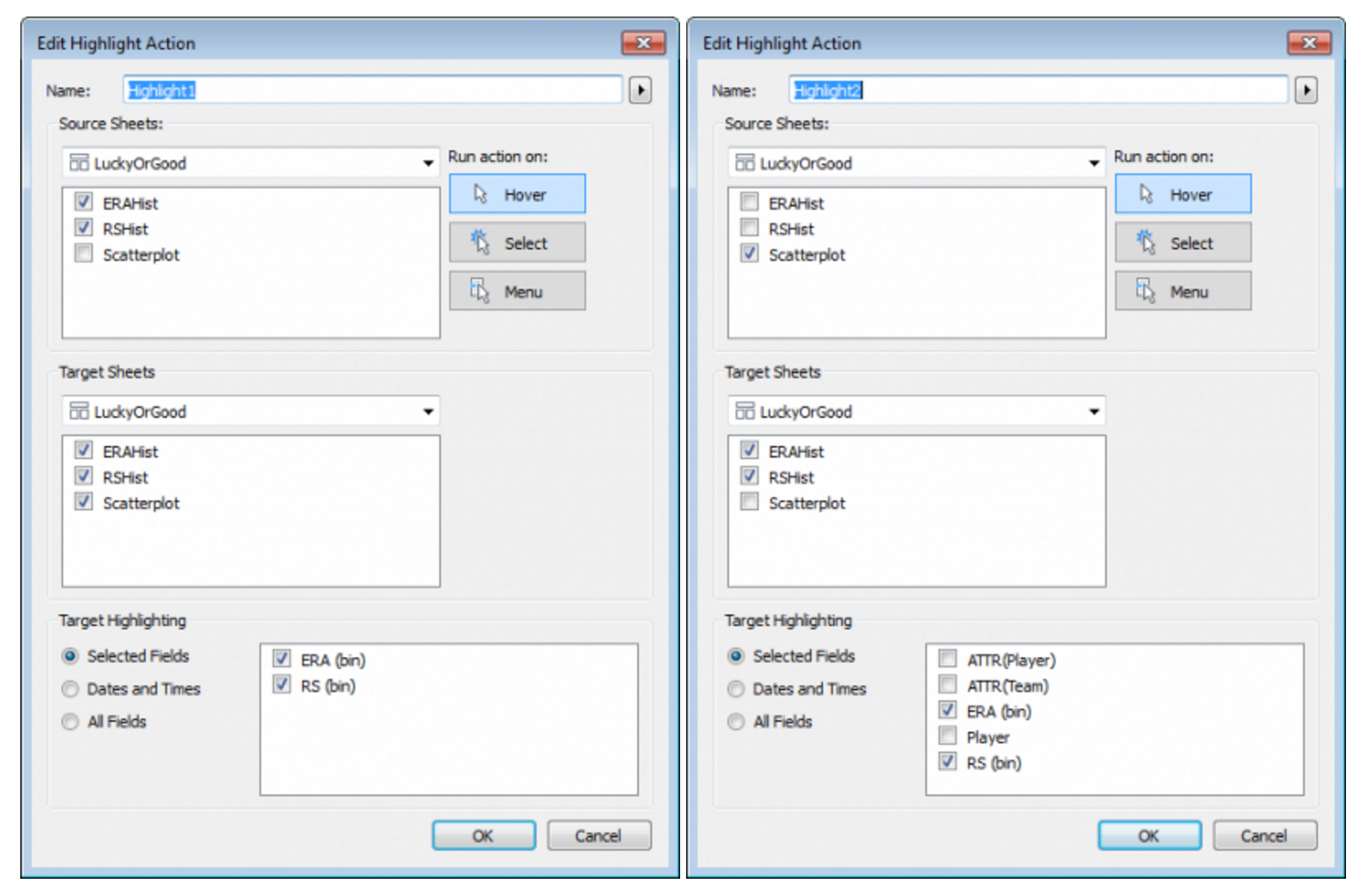 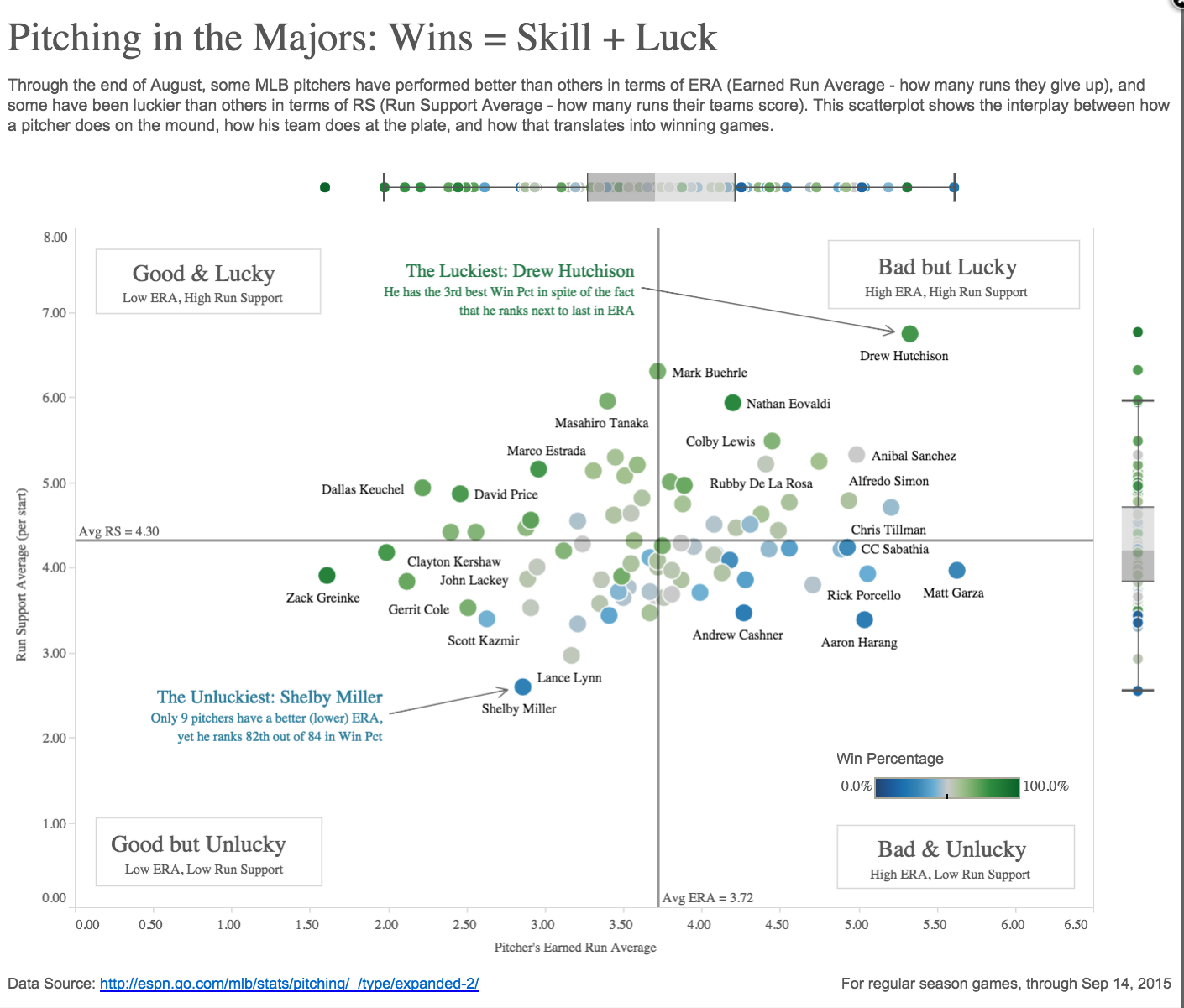 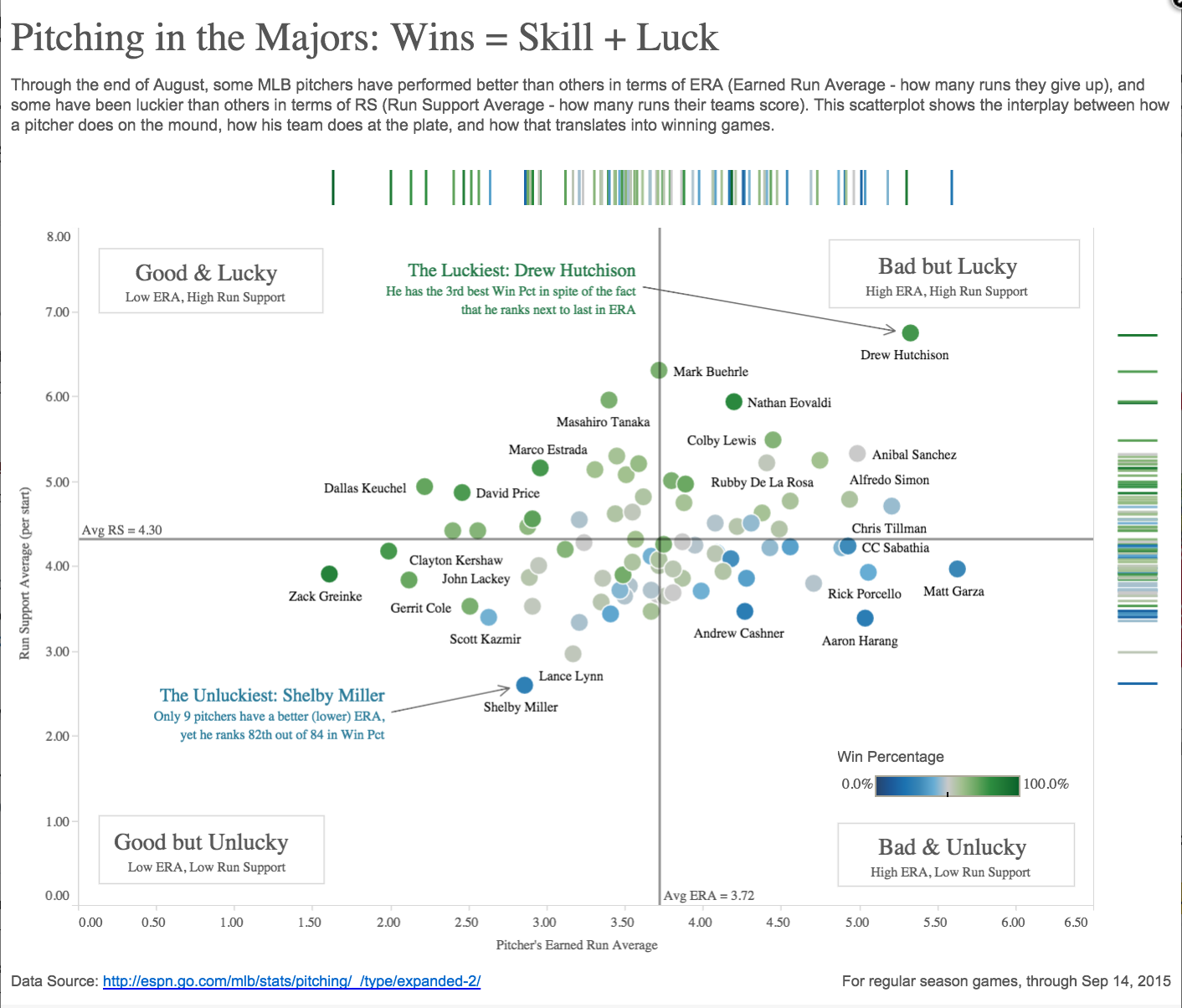 This is awesome. I think I the histogram variation the best.

The timing of this article is amazing, you have no idea !! :)

On May 23, 2013 the same idea was published on ideas forum
heatmap graph enhancements // http://community.tableau.com/ideas/2154

In feel that Tableau should make this type of viz by default, without spending time with publishing 3 different workbooks plus makeover.

Creative approach for a static infographic (nice!), but the need to manually size the histograms with blank space appears to make it unusable for an interactive dashboard with changing data. I assume a "scatterplot with marginal histograms" chart type would be necessary to overcome this problem.