Here's Looking at You, Leap Day 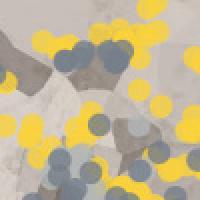 Have you ever wondered how leap day came about? We have Julius Caesar to thank, according to Wikipedia.

Caesar modified the Roman calendar to form the Julian calendar, which is the calendar as we know it today. And because the astronomical year is about 362.25 days, Caesar’s astromoners added an extra day every four years to account for this gap.

The phrase “leap day” refers to how the day of the week for a given date “leaps” ahead an extra day (rather than simply falling on the next day of the week as it would in a normal year). For example, in 2015, the Fourth of July fell on a Saturday—perfect for BBQs and fireworks! But in 2016, it won't fall on Sunday; instead, it will leap ahead to Monday.

Here are some fun facts about leap day:

And some leap days are more eventful than others. Here are a few:

All this talk about leap day got me curious about the numerous types of calendars used around the world. So naturally, I visualized the data! Use the viz below to explore the various calendars by astronomical type. You can also click on a calendar name to learn more about its origins.