What Do the Media Say During the UK Elections?

Here in the United Kingdom where I work, we’re counting down until the general election on May 7. It’s a fascinating election as our nation comes to grips with coalition politics. The extent to which the media controls the outcomes of elections is important and yet hard to quantify. This has become harder since the advent of social media. This year’s event is being called the social media election, and diverse organisations such as the BBC and Buzzfeed will be covering it using their own distinct styles. What does the data tell us?

It’s not our place to judge the answers to those questions, but what we can do is quantify and explore the information in order to help understand the situation.

That’s what we’re doing until May 7, the date of the UK election. Check out our General Election Tracker to see the latest analytics of the social election. A single tweet is interesting, but, like all data, when it’s aggregated, there’s a bigger overview and insight to be found. Already we’ve been seeing some really interesting things. 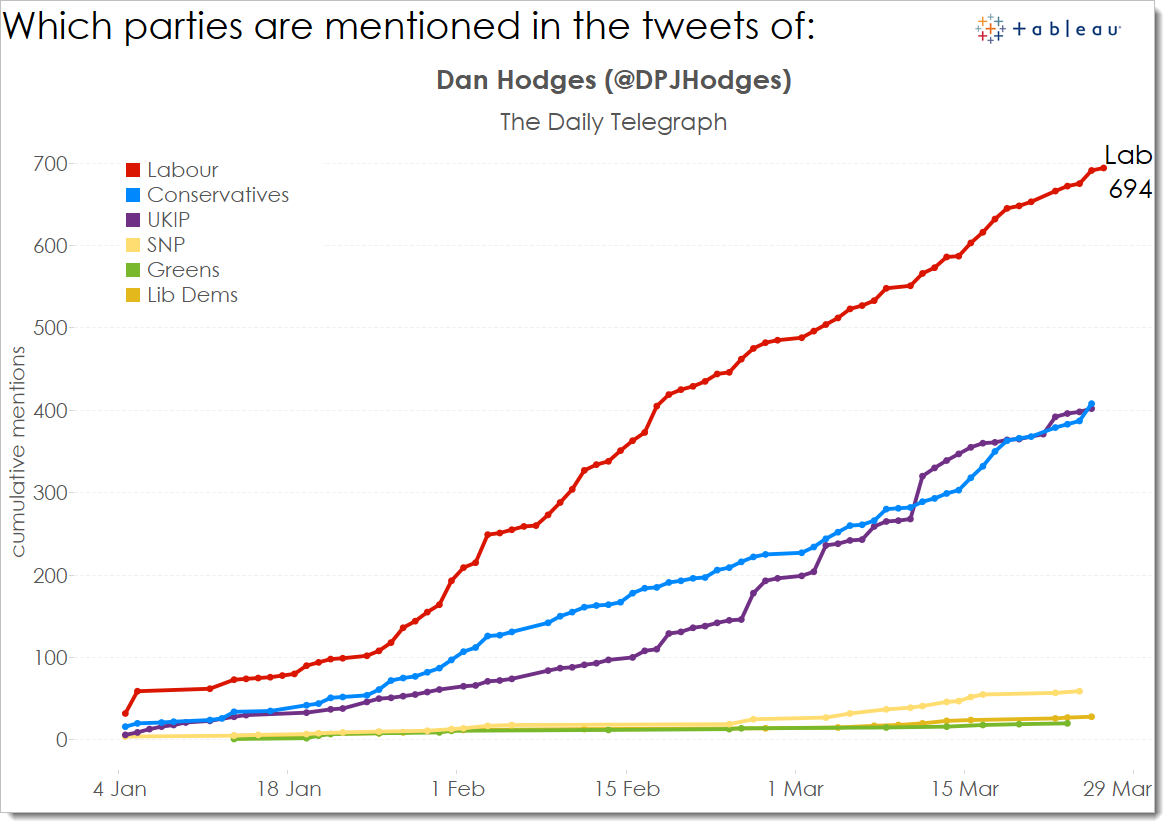 Once we make those discoveries, we can delve into the data more closely to find out more about what they’re talking about. Is he being negative or positive in these tweets?

We’ve been harvesting the UK media’s general election tweets since January and will be exploring the answers to these questions. You can keep up to date with the analysis over on our dedicated Tumblr site where we have live trackers and ad-hoc analytics.

This project is a great example of the power of social media analytics. If you want to find out more about how to use Tableau for social media, click here.

Take me to the Election tracker site