What is the Human Face of Big Data?

Ellie Fields
Senior Vice President of Product Marketing at Tableau
October 1, 2012
You may have seen buzz about The Human Face of Big Data lately in The New York Times, the Wall Street Journal, or in AllThingsD. What is that exactly? It’s a lot of things. It’s a new book by photojournalist Rick Smolan, who is famous for A Day in the Life books. The book covers stories about how big data has touched our lives and its growing impact. The book will be available in November.

It’s also a series of mission control events in Singapore, New York, London and San Francisco. Tableau folks will be in each of these locations, acting as “Data DJs” showing visualizations on the stories in the book. For example, Smollen profiles safecast.org, a project to map radiation levels in Japan:

Soon after reactors at the Fukushima Daiichi Nuclear Power Plant began to melt down, a group of three techie friends—one Japanese, living in Boston; one Dutch, living in Japan; and one American, living in LA—started looking for information about the radiation exposure in Japan. They could not find any so they took it upon themselves to help solve the problem. Within a week, they launched the safecast.org website, where people could upload radiation levels and map them. Here we see a marriage of statistical data about radiation levels and very human discussions of the impacts and issues around it. 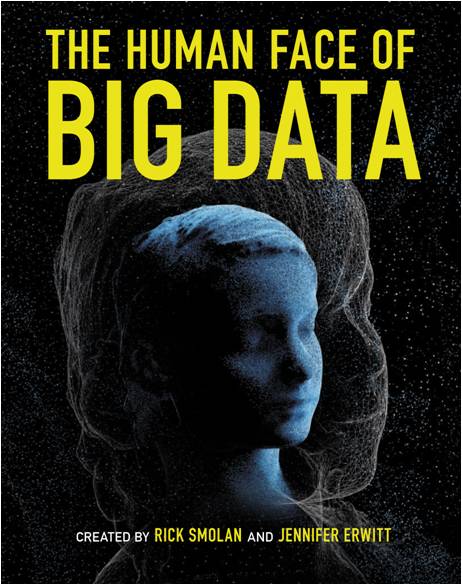 Working with EMC, which mined tweets from the Twitter firehose, a crack team of Tableau data geeks went to work. Here’s Brett Sheppard’s visualization combining the Safecase radiation measurements with conversations about radiation on Twitter. 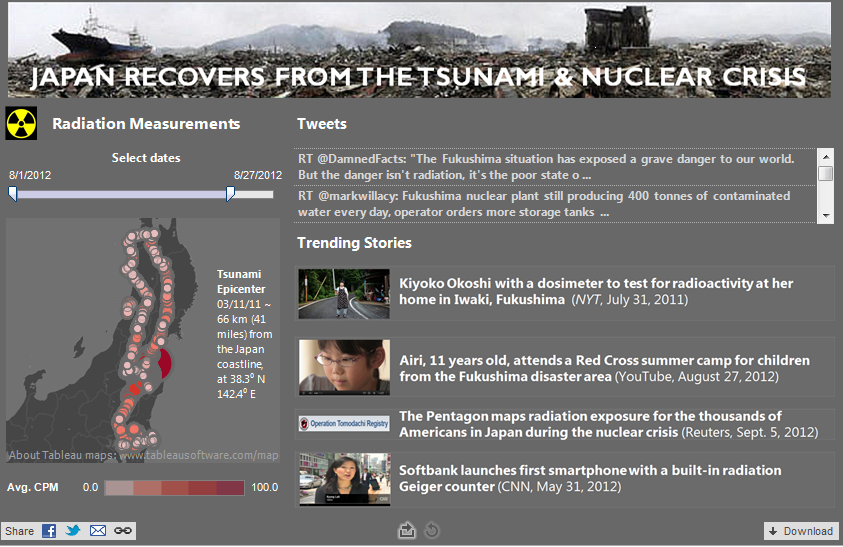 Dan Jewett, who turned us on to this great project, also deserves a mention. You can see all the visualizations for the Human Face of Big Data project here.

Look for Elissa Fink (@elissafink) at Mission Control in Singapore, Andy Cotgreave (@acotgreave) in London, Michael Heffner and Phillip Edgar at Oracle Open World in San Francisco, and yours truly (@eleanorpd) in New York. We’ll be looking for big data’s impact on our daily lives. Follow us or @faceofbigdata on twitter to get real-time updates.